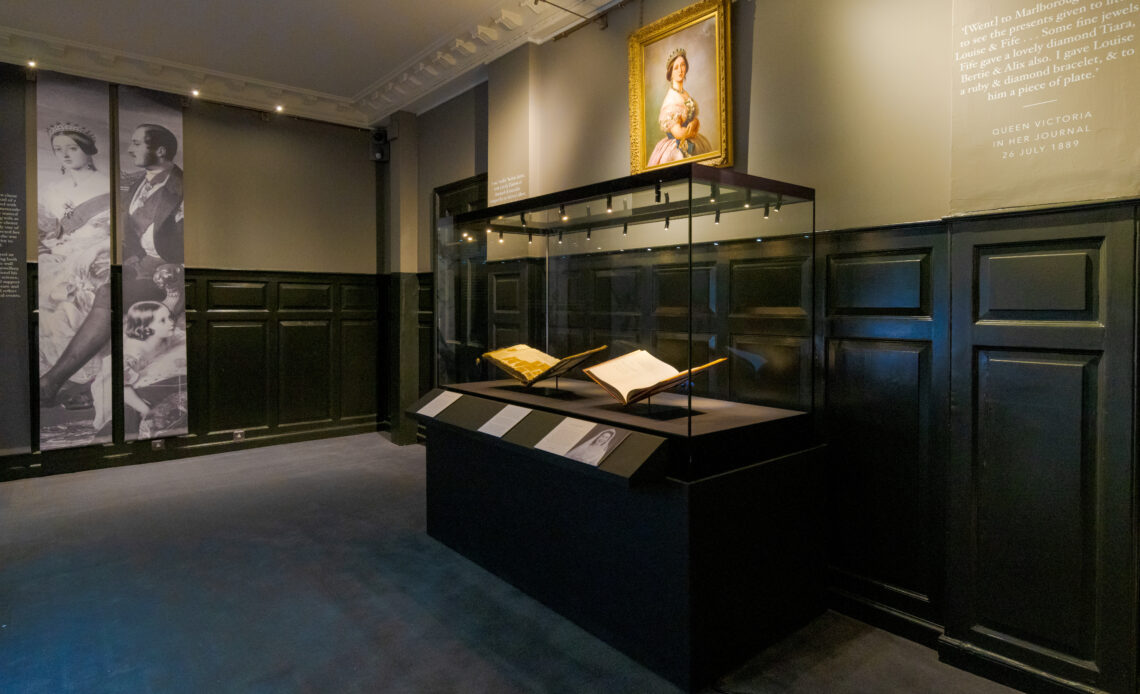 In a new exhibition at Kensington Palace, the popular royal jeweller Garrard is taking centre stage in a new display in the palace’s jewel room. The exhibit is set to explore the relationship between the famed jeweller and the British Royal Family over time.

Garrard has been the choice jeweller for generations of British kings and queens, and for 160 years it was the holder of the coveted role of ‘Crown Jeweller.’ Going on public display for the first time, visitors can see everything from silver communion cups to crowns laden with gemstones. With some ledgers carefully documenting royal commissions dating all the way back to 1735, visitors will see some of the hand-crafted items of the palace’s most famous residents including Queen Victoria and Queen Mary – wife and consort of King George V who were both born at the palace.

Set across two display cases, the spotlight will be shined on one of the most iconic pieces ever created by Garrard: Queen Mary’s Fringe Tiara. The tiara was made in 1919 using diamonds and was Queen Victoria’s wedding gift to Queen Mary (who married Victoria’s grandson, the future King George V.) A personal commission by the then Queen consort, the tiara reflects the early twentieth-century trend for Russian influence tiaras and Mary’s own interest in the design and setting of the jewels. This will be the first time the gold and silver, nearly 1,000 white diamond tiara is on public view.

In 1947, the then Princess Elizabeth, now Her Majesty The Queen, chose to wear this tiara on her wedding day. To mark her wedding, Queen Mary also presented her granddaughter with a number of significant pieces from her jewel collection, and members of the Royal Family were invited to Garrard’s Mayfair premises to view the glittering displays of gifts. The visit was documented in Garrard’s visitor’s book and was signed by both Queen Mary and Queen Elizabeth. The book is set to be a part of the display.

Claudia Acott-Williams, Collections Curator at Historic Royal Palaces said of the new exhibition: “Jewellery has always been central to the image of monarchy, and no two members of the royal family understood this better than Queen Victoria and Prince Albert. Their appointment of Garrard as the first official Crown Jeweller in 1843 established a collaboration between the company and the crown that would not only craft some of the most recognisable jewels of our time, but also shape the very images called to mind when thinking about the British monarchy over the last two centuries.”

Treasures from the Garrard collection will be accompanied by other pieces of the company’s current collections including the Albemarle suite. Drawing upon motifs featured in the Girls of Great Britain and Ireland tiara, it is one of the gifts presented to Princess Elizabeth at Garrard in 1947.

Kensington Palace is open for public view Wednesday to Sunday from 10.00 to 16.00 with the last admission beginning at 14.30. The palace will be closed from 24-26 December for the Christmas holiday. For those interested in visiting the Sunken Garden featuring the statue of Diana, Princess of Wales, that can only be done during regular opening hours. Ticket prices are currently ₤19.50 for adults and ₤9.70 for children. Members get free admission.