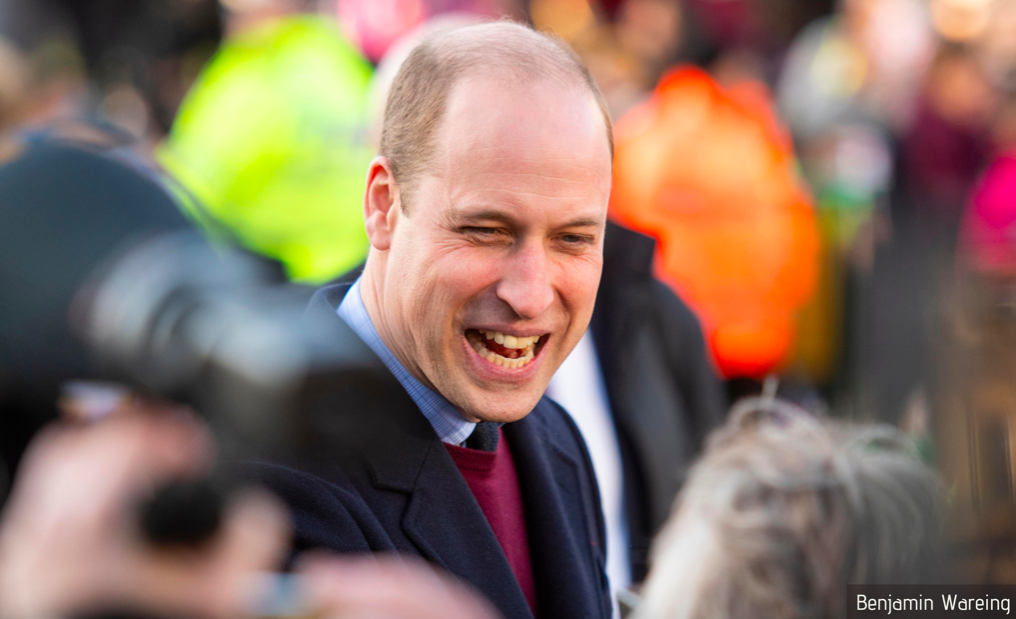 The Duke of Cambridge paid a special visit to Surrey to present a damehood to Dame Deborah James after the podcaster revealed last week that she was receiving end-of-life care for bowel cancer and raised millions for cancer research.

Dame Deborah has been chronicling her journey with bowel cancer since 2016 and revealed on 9 May: “We have tried everything, but my body simply isn’t playing ball.”

She further revealed that she would be receiving end-of-life care and that she didn’t know how much time she had left.

She launched the Bowel Babe Fund in that same announcement to raise money for care, research and clinical trials and awareness of the illness. By Friday, the Fund has reached over £5 million in donations.

On 12 May, the UK government announced: “The Queen has been pleased to approve that the honour of Damehood be conferred upon Deborah James.” William travelled to James’s Surrey home the following day to confer upon her the damehood.

Sharing photos of the special, informal ceremony on social media, Dame Deborah wrote, “Prince William actually came to our family house today!! I am utterly honoured that he joined us for afternoon tea and champagne, where he not only spent a generous amount of time talking to my whole family but also honoured me with my Damehood. It’s quite surreal having a royal pop in at home, and yes you can imagine the cleaning antics and preparation went off the scale – but it was all irrelevant because William was so kind and he put us all at ease. He is clearly passionate about improving oncology outcomes as the President of the Royal Marsden. It was such a special day for my whole family, making memories to last a life time [sic]. He’s welcome back any time!”

Last week, the Cambridges tweeted about Dame Deborah, writing: “Every now and then, someone captures the heart of the nation with their zest for life & tenacious desire to give back to society. @bowelbabe is one of those special people. Her tireless efforts to raise awareness of bowel cancer & end the stigma of treatment are inspiring.

“We are so sad to hear her recent update but pleased to support the @bowelbabef, which will benefit the @royalmarsdenNHS among others.

“Deborah, our thoughts are with you, your family and your friends. Thank you for giving hope to so many who are living with cancer. W & C.”