Prince John, the forgotten son of the House of Windsor 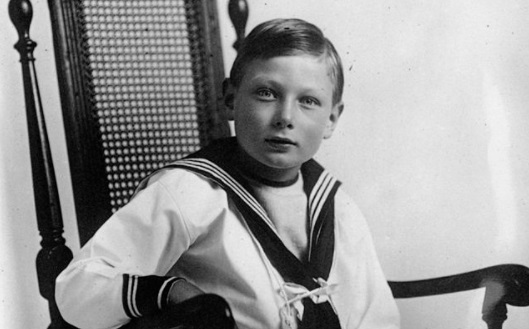 A sad anniversary falls for the House of Windsor as January continues to freeze. 18 January marks 102 years since Prince John of the United Kingdom died from a severe seizure. John was the fifth son and the youngest of the six children of King George V and Queen Mary.

Prince John was born at York Cottage on the Sandringham Estate on 12 July 1905. Much of his early life was spent on the Sandringham estate with his siblings, Prince Albert (Bertie, later George VI), Princess Mary, Prince Henry, and Prince George.

By his fourth birthday, John became “winsome” and “painfully slow.” That same year, he would suffer his first epileptic seizure. He also began to show signs of what experts now believe was a form of autism.

When his father succeeded as King, John did not attend the coronation because of his health. But the young prince would still be considered a “fully-fledged member of the family” appearing frequently in public until after his 11th birthday.

During his time at Sandringham, John continued to experience problems with his health. In 1912, Prince George, the nearest to John in age and his closest sibling, began at St Peter’s Court Preparatory School at Broadstairs. The following summer, it was reported John would not attend the following term.

During World War I, John saw less of his parents as they were often away on official duties. His siblings were either at boarding school or in the military. John slowly began to disappear from the public eye and no official portraits of him were commissioned after 1913. At this point despite his health issues, John was not removed from the line of succession.

In 1916, John’s seizures became more frequent and severe. He was sent to live with his governess Charlotte “Lala” Bill on Wood Farm, a farmhouse secluded in the corner of Sandringham Estate. The last of his tutors was dismissed and his education was formally ended. Physicians warned he would likely not reach adulthood.

John’s seizures continued to intensify. Lala Bill wrote, “we [dared] not let him be with his brothers and sister, because it upsets them so much, with the attacks getting so bad and coming so often.”

He spent Christmas Day 1918 with his family at Sandringham and was driven back to Wood Farm that night. On 18 January 1919, at the age of 13, John died from a severe seizure in his sleep.

Queen Mary wrote in her diary of the death: “a great shock, tho’ for the poor little boy’s restless soul, death came as a great relief. [She] broke the news to George and [they] motored down to Wood Farm. Found, poor Lala very resigned but heartbroken. Little Johnnie looked very peaceful lying there.”

On 20 January, the Daily Mirror reported John’s passing, marking the first public mention of his epilepsy. His funeral was held the following day at St Mary Magdalene Church at Sandringham and he is buried in the graveyard there.