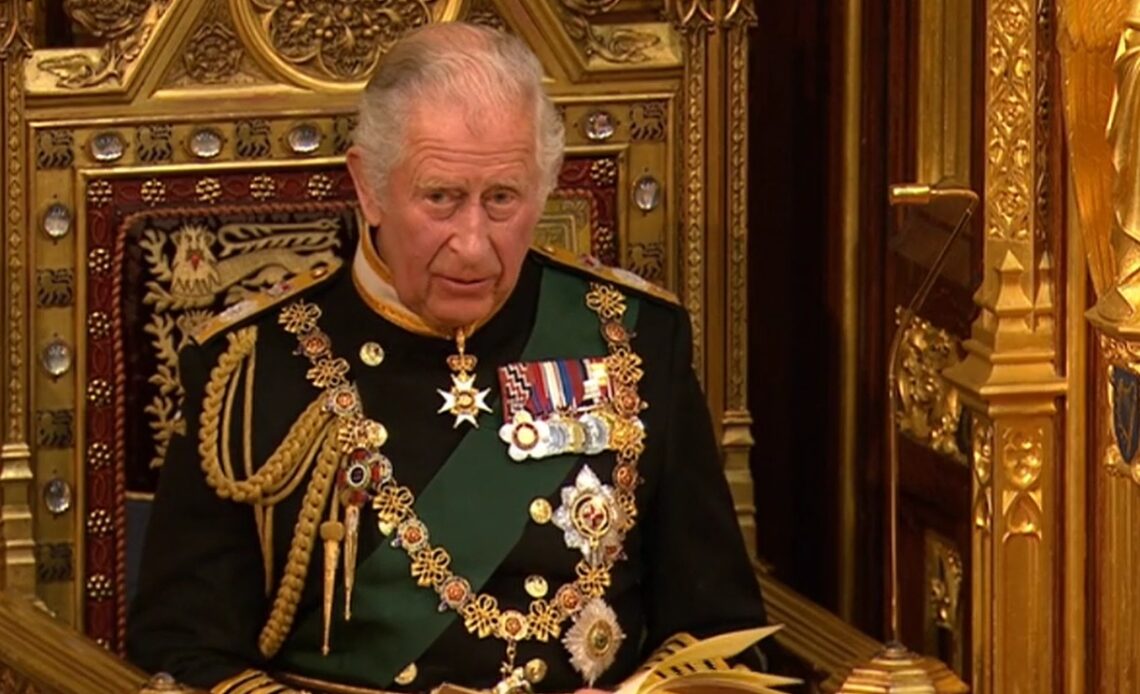 The Prince of Wales has for the first time delivered The Queen’s Speech in place of his mother at the State Opening of Parliament.

The ceremony, on May 10th 2022, was the first time in 59 years that The Queen has missed the State Opening – her last absence being in 1963 when she was pregnant with Prince Edward.

Accompanied by the Duchess of Cornwall and the Duke of Cambridge, Prince Charles arrived in the House of Lords with the usual pageantry which accompanies such occasions.

Prince Charles was dressed in his Admiral of the Fleet uniform for the event, with Prince William wearing a morning suit.

The heir to the throne is standing in for the 96-year-old monarch due to her ongoing mobility issues.

On Monday evening, a Buckingham Palace spokesperson said: ”The Queen continues to experience episodic mobility problems, and in consultation with her doctors has reluctantly decided that she will not attend the State Opening of Parliament.

““At Her Majesty’s request, and with the agreement of the relevant authorities, The Prince of Wales will read The Queen’s speech on Her Majesty’s behalf, with The Duke of Cambridge also in attendance.”