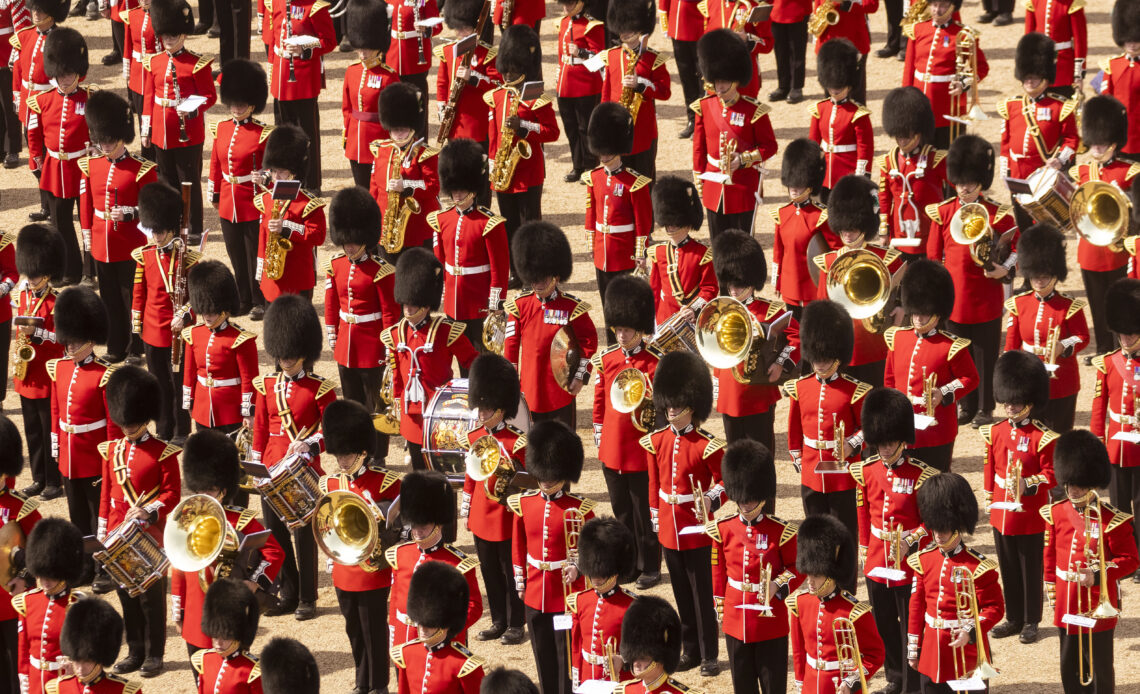 There was a first glimpse of Jubilee pageantry on show in London as rehearsals for Trooping the Colour took place.

The Household Division were put through their paces at Horse Guard’s Parade on May 9th 2022 as they prepare for the event which will start the official Platinum celebrations. In charge of the rehearsal was Garrison Sergeant Major, WO1 Vern Stokes.

Over 1,400 soldiers will take part in The Queen’s Official Birthday Parade along with 200 horses and 400 musicians. They will move down the Mall to Horse Guards for the ceremony on June 2nd 2022.

The Birthday Parade usually takes place on the second Saturday of June but has been moved this year to become part of the Platinum Jubilee celebrations. As it gets under way on the morning of June 2nd, it will start four days of festivities for the 70th anniversary of The Queen’s reign.

The Queen and the Royal Family are expected to take part in a carriage procession from Buckingham Palace to Horse Guards for Trooping, Following the parade, the royals will return to the Palace for the traditional RAF flyover which they will watch from the balcony. The Queen has already confirmed that only working members of the Royal Family, as well as the children of the Duke and Duchess of Cambridge and of the Earl and Countess of Wessex, will be on the balcony.

Further rehearsals will take place for Trooping in the coming weeks, allowing a few more glimpses of pageantry ahead of the Platinum Jubilee celebrations.