Sophie talks about Prince Philip in new BBC interview: “He has left a giant-sized hole in our lives” 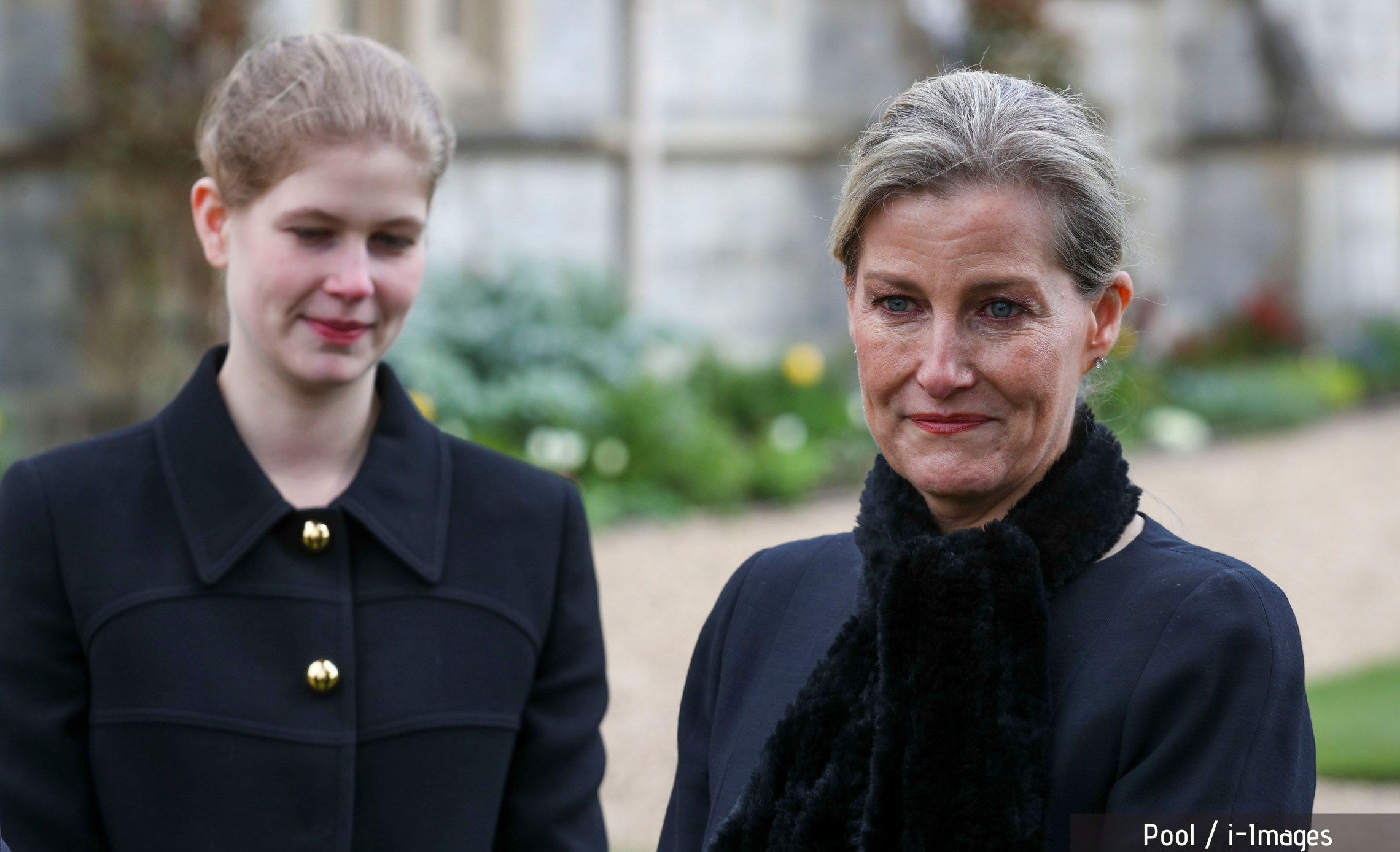 The Countess of Wessex sat down for a wide-ranging interview with BBC Radio 5 Live on Wednesday morning, speaking about her late father-in-law, her work on behalf of rape survivors, and life during lockdown.

Speaking to radio host Naga Munchetty, Sophie was brought to tears talking about the late Prince Philip, who passed away in April.

She called the loss a “giant-sized hole in our lives” and revealed that the grieving process has taken longer because “[t]he normal way of things isn’t normal yet. So we’re not necessarily doing the things that we would have normally done with him. So I think the whole grieving process is probably likely for us to take a lot longer.”

She continued, “It’s only when you do the normal things you would have done with them and you suddenly realise that they are not there, that you start to have an ‘Oh my goodness’ moment.”

Sophie revealed that her family—including children Lady Louise and James, Viscount Severn—spent their half-term in Scotland, and they returned to the spot, in Coyles, where she took the now-iconic photo of The Queen and Prince Philip released the night before his funeral.

“And just to be there, in that place, was an, ‘Oh my God’ moment. Um, so I think they’ll come and go, but you have to let them come, and let them go.”

Sophie also spoke about her work on behalf of rape survivors and with gender violence in conflict areas, saying, “Weapons get laid down at the end of a war, but people who have been raped and tortured will carry that with them for the rest of their lives.

“And it doesn’t just go away because a peace accord has been signed.”

She continued: “If I’m standing holding a gun at your head, you’re going to say I’m a bad person, and something should be done about it. I mightn’t be holding a gun—but the effect that I’m going to have on you is going to be lifelong if I attack you and abuse you and rape you. This is as bad as holding a gun and I don’t think it should be seen as any the less.

“It’s actually one of the most pernicious weapons of war that exists and people have to atone for it and that has to start at the top.”

About her children’s reaction to her work, Sophie revealed that her daughter has a “natural curiosity” about it and that she needs to start having conversations with her son about violence against women.

She said: “Interestingly, he’s quite conscious of this whole issue of inappropriate behaviour between girls and boys. I think that’s partly to do with schools and partly what they chat about on social media.

“I think it’s about having honest, open conversations as a family, but also hopefully in school settings, as well.”

She added that young women should feel empowered by the conversations now taking place and that it only helps to make them confident to talk about it “and to call out any kind of behaviour they’re not happy with, hopefully, that might give them more confidence. The more people come forward, the more momentum it will hold…I think it’s about having honest, open conversations as a family, but also hopefully in school settings, as well.”

She spoke of the media interest in her family as well, spinning it as a positive. “There is increased interest in us as a family but, if it raises more awareness of the issues I care about, then that can only be a good thing.”

About the interest in Lady Louise, who turns 18 this fall, she said “I hope that she and her friends will protect her from anything that somebody might want to do. But I have to let her live her life. It’s not mine to live.

“I can only equip her the best that I can, and then she has to make her own choices. But I hope for the next few years, at least, she will still be able to be as private as she wants to be.”

Finally, Sophie spoke about life in lockdown, admitting that she felt an “odd wobble” and couldn’t visualise an end to the pandemic. The family watched a lot of television together, with Line of Duty being a particular favourite of hers—she accurately guessed H’s identity, too.

And now that there are vaccines, Sophie admitted that she was waiting to go back to normal life. “Every time there is a new variant, we just have to hold our breath and hope that the vaccines are good enough to stand up against them.

“So, how am I? Like everybody else I suppose: just taking one day at a time.”