Remembering Philip: The Prince and the Royal Navy 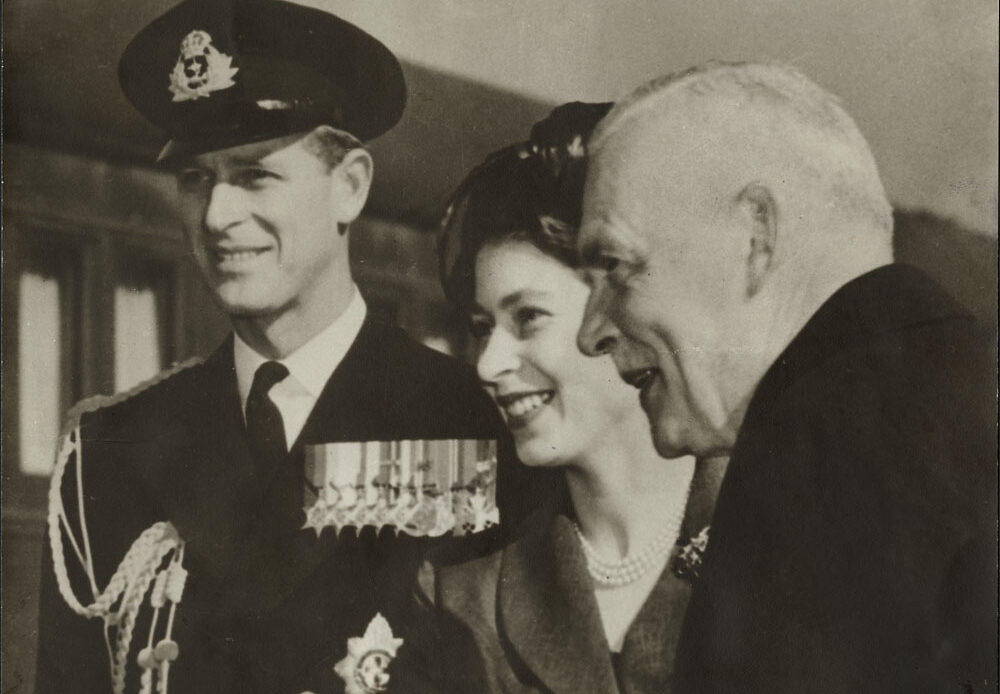 Having lived just short of 100 years, Prince Philip, Duke of Edinburgh, began his brush with the Royal Navy from the very beginning. In 1922 as an 18-month-old exile, after the Greek military government banished the Greek Royal Family, Philip was carried on board a British warship in a makeshift cot made from an orange crate. His maternal grandfather, Prince Louis of Battenberg, had been Admiral of the Fleet and First Sea Lord before resigning in 1914, amid a wave of anti-German sentiment.

After leaving his Scottish boarding school, Gordonstoun, in early 1939, Philip completed a term as a cadet at the Royal Naval College, Dartmouth. Afterwards, he returned to Greece to live for a month with his mother in Athens. At the request of the Greek King, George II (Philip’s first cousin), Philip returned to Britain in September 1939 to resume his Royal Navy training. He graduated from Dartmouth the next year as the best cadet in his course.

In July 1939, Philip would have one of his first encounters with his future wife. The then 13-year-old Princess Elizabeth joined King George VI, Queen Elizabeth, and their other daughter, Princess Margaret, on an official visit to the college. During the visit, Philip was given the task of escorting the young princesses. From that meeting, Philip would begin regular correspondence with Elizabeth who he had first met in 1934.

During the Second World War, Philip continued to serve in the British forces while two of his brothers-in-law, Prince Christoph of Hesse, and Berthold, Margrave of Baden, fought for the Nazis. Appointed a midshipman in January 1940, Philip spent four months on the battleship HMS Ramillies. During those months, he protected the convoys of the Australian Expeditionary Force in the Indian Ocean. Following his posting on HMS Ramillies, Philip had shorter postings on HMS Kent, HMS Shropshire, and in British Ceylon. After the Italian invasion of Greece in October 1940, Philip was transferred from the Indian Ocean to the battleship HMS Valiant in the Mediterranean Fleet.

With Greece entering the war on the Allied side, it was decided Philip could serve in the Mediterranean theatre. In 1941, he served in the Battle of Crete and was mentioned for his skill in controlling the Valiant’s searchlights during the Battle of Cape Matapan. As a result, he was awarded the Greek War Cross – a military decoration of Greece awarded for heroism in wartime to both Greeks and foreign allies. The same year, Philip was commissioned a sub-lieutenant after a series of courses at Portsmouth in which he gained the top grade in four out of five sections of the qualifying exam.

On 16 July 1942, Philip was promoted to lieutenant. In October of the same year, he became first lieutenant of HMS Wallace. At just 21-years-old, he became one of the youngest first lieutenants in the Royal Navy. In 1943, he returned as part of the support for the Allied invasion of Sicily. During that time, German divers damaged the Wallace in a night-time attack. Philip proposed launching a makeshift raft equipped with smoke floats during the night, which fooled the German bombers into thinking they had damaged the destroyer.

In 1945, Philip was transferred to the destroyer HMS Whelp where he supported air raids on Japanese shore installations. During this time, he became involved in the rescue of a British aircrew shot down by Japanese fighters. He was also in Tokyo Bay to witness the surrender of Japanese forces.

Post World War Two, in 1947, Philip married Princess Elizabeth at Westminster Abbey. Following their marriage, he landed a role on HMS Chequers, a destroyer based in Malta. In 1950, he was promoted to lieutenant commander, taking command of his own ship, the frigate HMS Magpie. Within a year, Philip would find his naval career would come to an end. As King George VI’s health declined, Philip joined himself in supporting Princess Elizabeth as she took on more royal duties.

“At that time, I had not thought that was going to be the end of a sort of naval career,” he later said. “And that sort of crept upon me. And it became more and more obvious that I could not go back to it. “But it’s no good regretting things. It simply didn’t happen. “And I’ve been doing other things instead.”

After his wife became Queen in February 1952, Philip continued his interest in the Royal Navy by supporting the preservation of Britain’s maritime heritage. In 2011, The Queen appointed him Lord High Admiral, a titular head of the Royal Navy; the post has existed since the 14th Century.

In his final years as a working royal, in March 2016, the Duke officially opened a new home of the Royal Mechanical and Electrical Engineers in Lyneham. The home brought together 1,600 soldiers from two sites, Arborfield and Bordon, onto one location. On 2 August 2017, Philip conducted his final solo royal engagement, an event with the Royal Marines. It was a fitting end to a public life built on support of the Forces.