”Passionate, devoted and a little abrupt”: the Dean of Windsor’s tribute to Prince Philip sums up his life of service 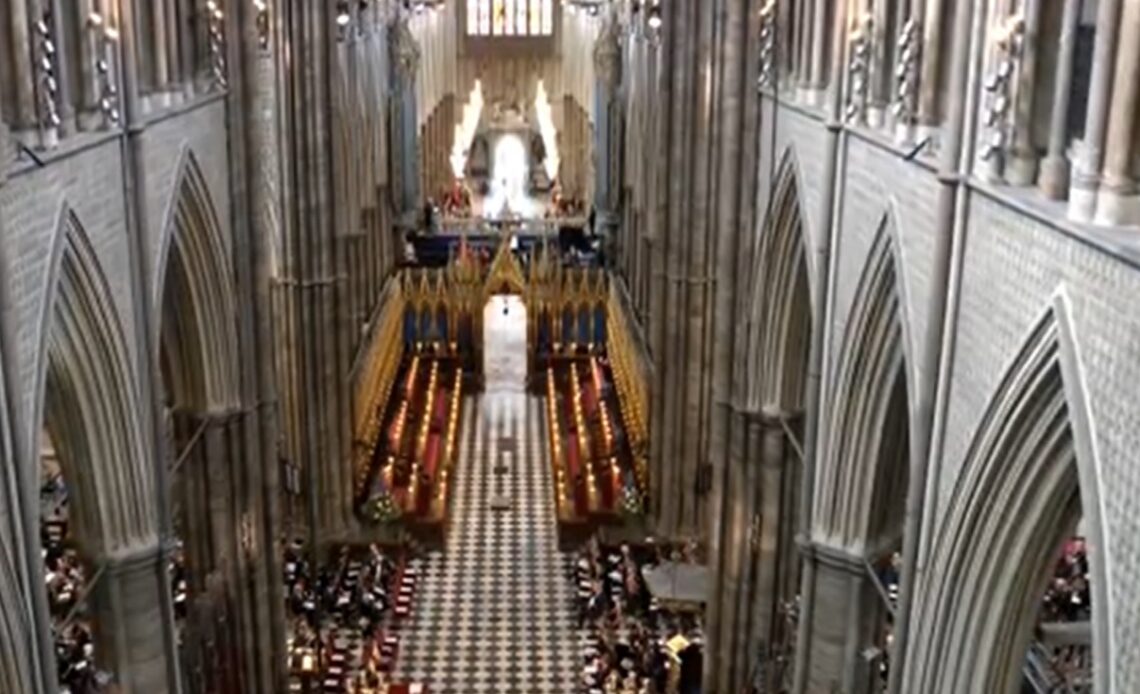 The Dean of Windsor has described Prince Philip as ” one of those rare people who remained true to, and guided by, what you might call ‘an inner spiritual compass” as he paid tribute to him at a Service of Thanksgiving.

The Very Reverend David Conner said no one would doubt the Duke of Edinburgh’s” courage, integrity, steadfastness, and sense of purpose”, adding that much of this was rooted in his deep faith.

He touched on Prince Philip’s ” loyalty and deep devotion to our Queen and to their family” and added that ”through his passionate commitment, he drew others to himself in admiration and respect and, in the case of those who lived and worked most closely to him, genuine love.”

”“There’s no discouragement / shall make him once relent / his first avowed intent / to be a pilgrim.”

These are John Bunyan’s words from our opening hymn. They remind us very much of the courage, integrity, steadfastness, and sense of purpose that were part of the intriguing and attractive mix that went to make up the personality of Prince Philip, Duke of Edinburgh. But in what was it all rooted?

In 1947, Prince Philip was made a Knight of the Order of the Garter. On the back of his stall in St George’s Chapel, Windsor Castle, is fixed, in perpetuity and for everyone to see, a small enamelled brass plate on which is inscribed his motto. It is simply: “God is My Help”. We do not understand the man unless we see him, at the heart, to be a man of faith.

That faith was never dogmatic, sentimental or paraded and, as it went in search of understanding, was frequently questioned and examined. However, it was real and it endured, inspiring and shaping a lifetime of commitment to the making of this world a better place.

I am not sure that Prince Philip had much time for the theological controversies that divide people. His faith was a heartfelt trust in a loving God whose intention for this world is glimpsed in the life and teaching of Jesus Christ; such trust, such hope, as could unite people in a common endeavour.

This trust, this hope, was not idle wishful thinking or escapism. Rather, it evoked in him a kind of impatience; eagerness for that God-intended future upon which his gaze was always fixed.

He knew however that that future, from any human point of view, had to be arrived at step by step. He was practical, wanting to put flesh upon his dreams, and (acknowledging the limitations of living in this so-called ‘real world’) he devoted his astonishing intellectual and physical energy, his enormous capacity for sheer hard work, to a host of down-to-earth enterprises. These included the equipping of young people to face tomorrow’s challenges, the encouragement of respect and care for the natural order, and his pioneering work in facilitating conversation between representatives of the different world faiths.

Through his passionate commitment, he drew others to himself in admiration and respect and, in the case of those who lived and worked most closely to him, genuine love.

However, I sense that he did not believe that all these achievements were made in his own strength. I am reminded of those words: ‘God is My Help’. I think he understood his constant need of inspiration and of guidance. I am quite sure that his prayers were not reserved for public occasions alone.

He would hate to think that I should paint a picture of him as a ‘plaster saint’; someone without the usual human foibles and failings. He was far too self-aware ever to be taken in by flattery. Of course, it must be said that his life bore the marks of sacrifice and service. Certainly, he could show great sympathy and kindness. There is no doubt that he had a delightfully engaging, and often self-deprecating, sense of humour. It is quite clear that his mind held together both speculation and common sense. Moreover, nobody would ever doubt his loyalty and deep devotion to our Queen and to their family. Yet, there were times when he could be abrupt; maybe, in robust conversation, forgetting just how intimidating he could be. A kind of natural reserve sometimes made him seem a little distant. He could be somewhat sharp in pricking what he thought to be bubbles of pomposity or sycophancy. On the other hand, we should not forget that he himself was sometimes wounded by being unfairly criticised or misunderstood.

Like the rest of us, he was part of flawed humanity. Unlike most of us however, he was one of those rare people who remained true to, and guided by, what you might call ‘an inner spiritual compass’; a sense of being called to play a part in the making of a God-intended world.

As we give thanks for the life of a remarkable man, perhaps our greatest tribute to him, most especially in these far too troubled times, will be for us to accept the challenge, implicit in his life, to rekindle in our hearts something of that call, and to pray (as I think he did) for the inspiration and the guidance to play our part, however small, in working for a kinder future.”