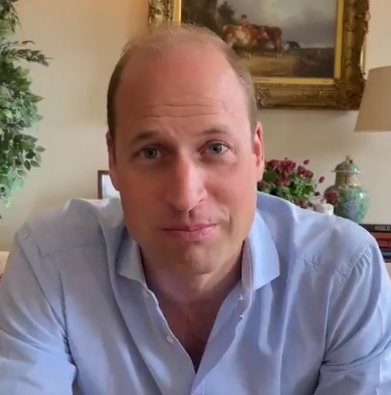 The Duke and Duchess of Cambridge Twitter still/ fair use

It’s one of the most celebrated photos of the modern Monarchy and as Prince William turns forty, his dad has dusted it down one more time.

As the Duke of Cambridge reached his big 4-0, the official social media account of the Prince of Wales showed the famous moment when Charles was snapped carrying his newborn son out of hospital.

The decision of Charles and Diana, Princess of Wales to present their baby boy to the world in the arms of his father was a very modern moment for the Royal Family and the image of William being taken home with a cuddle from his Dad remains one of the best known in the House of Windsor’s history.

The photo of the Prince of Wales with baby William is one of four chosen to mark the 40th birthday of the Duke of Cambridge. The two are also shown ski-ing together in the 1980s, on the balcony of Buckingham Palace with Prince George and the Duchess of Cornwall and in an informal picture taken by the Duchess of Cambridge showing Charles and William hugging.

There were other tributes from the Royal Family as William reached forty. On the official Royal Family account, a thread charting the major milestones in his life told the tale of the man who is second in line to the throne. And his first appearance there was shown in the photo of Diana holding her baby son as she carried him to the car after Charles had brought him out of hospital.

The Duke of Cambridge chose to mark his big birthday not with official photos but by sharing pictures taken when he went out to sell The Big Issue magazine just a few weeks ago. His decision to make the record of his fortieth with images supporting homelessness charities indicates a new focus on this area for the prince as he begins a new chapter in his life.