William at 40: the relationship between Charles and William 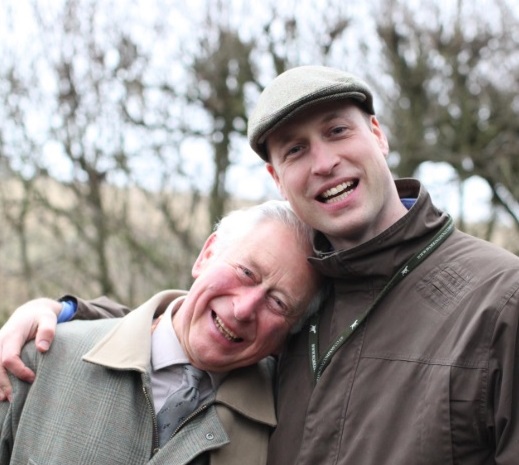 While we will never know the true ups and downs of the familial relationship between Prince Charles and his son Prince William, it appears lately, they are on great terms with each other.

It was purposeful during the Platinum Jubilee weekend to have Prince Charles and Prince William in prominent roles, both individually and as a united front with The Queen. Being first and second in line to the throne, respectively, the Palace wanted to send the message that the line of succession is in good hands.

Not only are the two a team when it comes to the Monarchy, they are a team when it comes to a scene-stealing prince…Prince Louis. At the Jubilee Pageant, seeing that Catherine might need a break from Prince Louis’s energy, Prince William asked his father to hold the prince. As soon as he heard, Prince Louis eagerly made his way to Grandpa’s, aka Prince Charles, lap. The young prince was happily bounced on Grandpa’s knee in time to the music. Princess Charlotte, was spotted giving her Grandpa a thumbs up when he took Prince Louis.

This scene must have been a dream come true to Prince William. In 2018, when Prince Charles turned 70, Prince William publicly stated that he wished his father would slow down: “I would like him to have more time with the children…to, you know, play around with the grandchildren. When he’s there, he’s brilliant, but we need him there as much as possible.”

It has not always been smooth sailing for this father and son. Prince William and his brother Prince Harry had to live through their parents contentious and public divorce. According to royal biographer, Penny Junor, Prince Charles sat his boys down and told them about his affair with Camilla Parker Bowles. She continues that Prince William did not want to know and Prince Charles respected his sons’ wishes. It was not until a year later that Prince William asked to meet Camilla. This was after the tragic loss of Diana, Princess of Wales, Prince William and Prince Harry’s mother. Their father was also affected by this loss but also stepped up and became a more active father to help his sons process their grief.

These are two individuals with a unique life circumstance, in that their destiny was decided for them when they were born. While the Monarchy’s succession looks stable now, there were times when Prince Charles was worried about Prince William. Not surprisingly, growing up knowing you are going to be king can weigh on you. But it appears to everyone that Prince William has matured into the role. Today, he is a working royal, conducting investitures, sitting in on meetings and showing his active support for a wide range of issues. Prince William also attended the opening of Parliament along with Prince Charles and his wife Camilla in 2022, in his capacity as a Counsellor of State.

Most recently the two HRHs and their wives shared a carriage and a few laughs after the Order of the Garter ceremony at St. George’s Chapel at Windsor Castle.