Milestones of a Monarch: the marriage of William and Kate 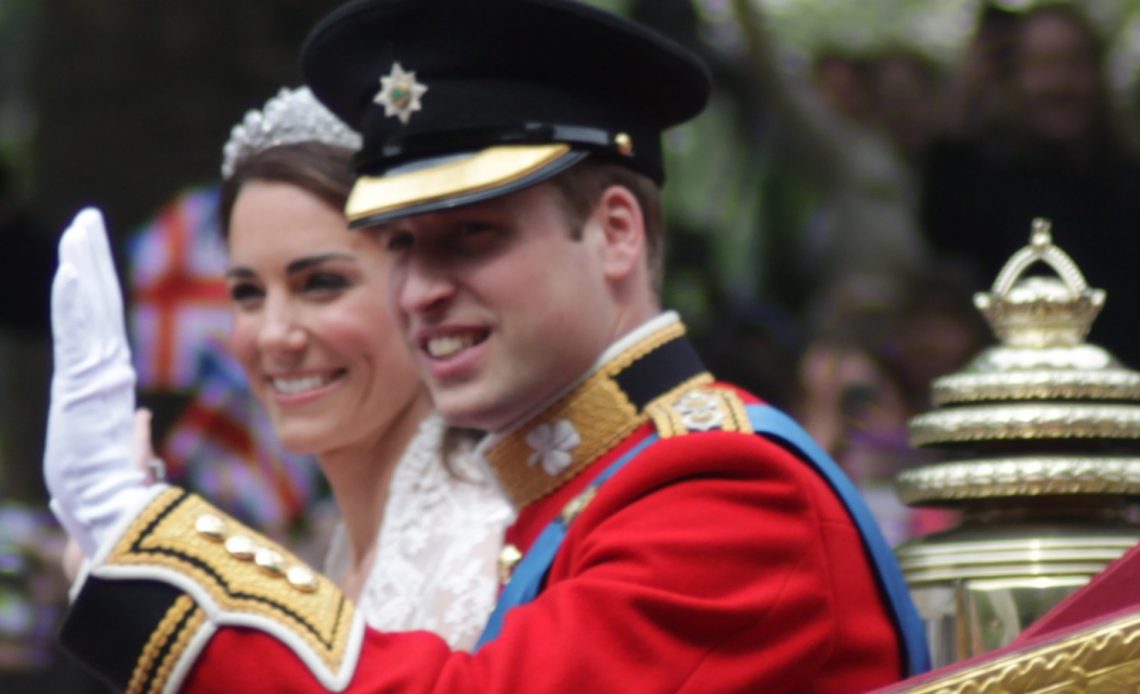 On this day in 2011, the Duke and Duchess of Cambridge were married at Westminster Abbey. Let’s take a look at the day through the lens of the grandmother who witnessed her grandson’s nuptials but also saw an heir begin his own family and dynasty.

Prince William had been dating his long-time girlfriend Kate Middleton for roughly eight years off and on before he proposed in the autumn of 2010. When the couple became engaged, The Queen and Prince Philip were among the first to send their congratulations, noting that they were “absolutely delighted” for the couple.

On 29 April 2011, William and Kate were married in the presence of The Queen, who wore sunny yellow for the occasion. As a gift to the couple, they were created the Duke and Duchess of Cambridge, the Earl and Countess of Strathearn, and Baron and Lady Carrickfergus. They were also given Anmer Hall on the Sandringham Estate as a country home.

William would later reveal how involved his grandmother had been in the wedding preparations in an interview with journalist and royal biographer Robert Hardman. In September 2011, he revealed, for the book Our Queen that The Queen had helped with invitations and wardrobe selections.

“I was given this official list of 777 names—dignitaries, governors, all sorts of people—and not one person I knew,” William said. He called his grandmother up and asked, “’Do we need to be doing this?’ And she said: ‘No. Start with your friends first and then go from there.’ And she told me to bin the list.

“She made the point that there are certain times when you have to strike the right balance, and it’s advice like that, which is really key, when you know that she’s seen and done it before.”

William also revealed that he’d chosen the military uniform he wished to wear on his wedding day, but that The Queen had other ideas. Having been named the new royal colonel of the Irish Guards ahead of his wedding, The Queen insisted that he wear its scarlet frock uniform.

Kate has also praised The Queen’s guidance in interviews. Ahead of her 90th birthday in 2016, Kate participated in a documentary and spoke of how involved The Queen was with her grandchildren and how generally supportive she’d been of Kate’s transition into the Royal Family.

“She’s been very generous in not being forceful at all and in any of her views, but I feel she’s been there—a gentle guidance really for me,” Kate revealed.

William and Kate celebrated their 10th wedding anniversary in 2021 with the release of new photographs of the entire Cambridge family and a short video of their life at Anmer Hall. In a statement, the royal couple said: “Thank you to everyone for the kind messages on our wedding anniversary.

“We are enormously grateful for the 10 years of support we have received in our lives as a family.”

The Queen sent a message as well, through the Royal Family Twitter account: “Wishing The Duke and Duchess of Cambridge a very happy wedding anniversary.”