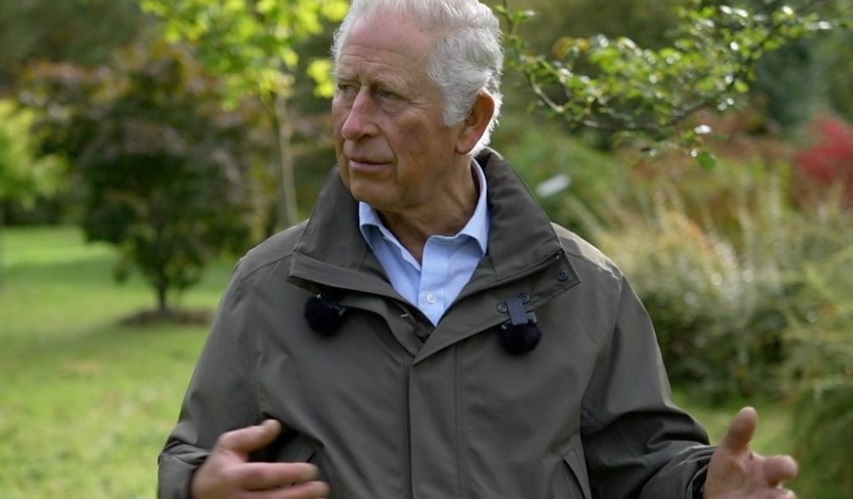 Before he headed to Rome for the G20 Summit and Glasgow for COP26, last week, The Prince of Wales visited the new British Council headquarters in London to learn more about their cultural relations programmes both within the UK and abroad.

During the visit, he met with the staff, programme beneficiaries and stakeholders to discuss initiatives related to climate change, the arts, education, and cultural protection.

Prince Charles had the opportunity to meet with four of the British Council’s ‘Green Scholars’ who are studying in the UK from abroad and who are participating in the Council’s Climate Connection Programme.

The students from Egypt, Nigeria, Turkey, and India, are part of the programme, which networks people from all over the world to tackle the issues related to climate change. They presented Prince Charles with a copy of the Global Youth Letter that was written with the views and aims of 8,000 young people from countries all over the world and was addressed to global policymakers so that they could learn more about what the younger generation views as important for ways to combat climate change.

Prince Charles also viewed the work of the Connecting Classrooms programme, which connects schools in the UK with schools in the Middle East, North Africa, Sub-Saharan Africa, and Asia to discuss the issues of climate change in their respective countries.

The issue of cultural protection came up when Prince Charles viewed the efforts of those funded by the Cultural Protection Fund, which is used to protect cultural artefacts at risk due to climate change. He viewed artefacts from Palestine, Egypt, Iraq, Syria and Uganda, according to Clarence House.

Prince Charles then joined in on a virtual English language class with a teacher from Portugal who was teaching students from Jordan, Egypt, Mexico, Pakistan, Kazakhstan, Germany and Italy how to speak English.

His final engagement of the day was meeting with artists and designers who are supported by the British Council’s Housewarming residencies. The programme allows for international artists to collaborate with local workshops and artists on their projects.