History in the making for the Duke of Gloucester 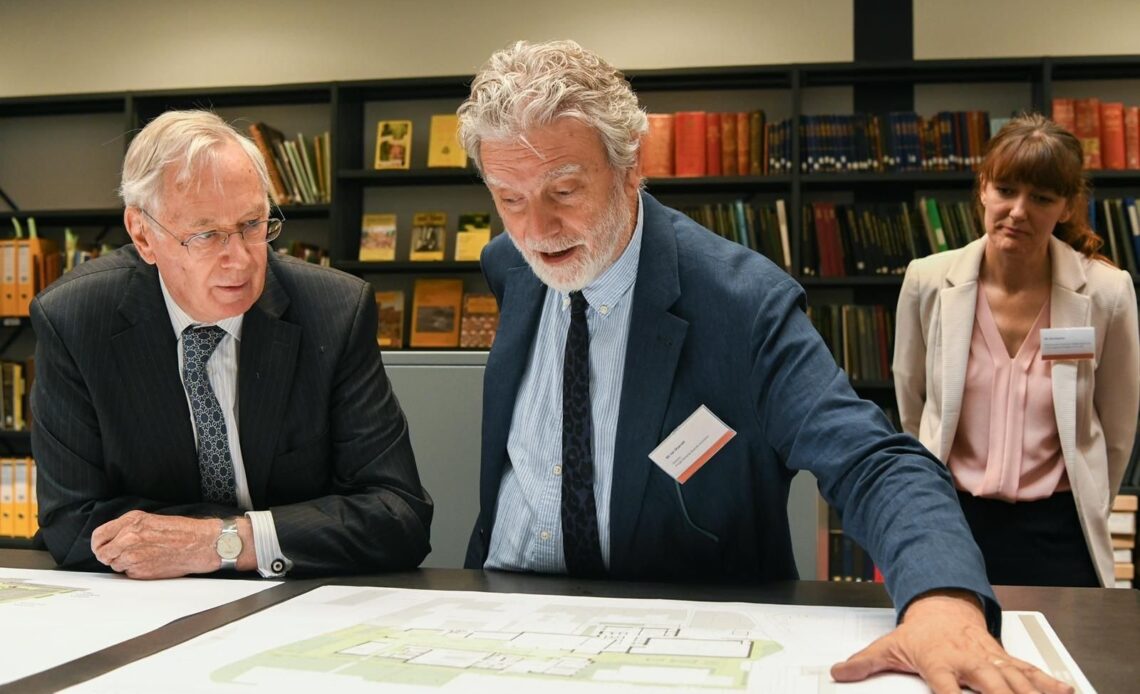 The Duke of Gloucester has been visiting Ipswich this week to open a new archive and heritage centre, connect with students at the University of Suffolk, and visit Sutton Hoo.

The Duke visited The Hold, which was created in partnership with the University of Suffolk, and is a new archival service funded by the National Lottery Heritage Fund and several different Suffolk heritage organisations. The Hold is meant to safely preserve and maintain Suffolk’s national and international records of importance and holds more than nine centuries of Suffolk history.

The Duke was given a tour of the new building, located on the waterfront in Ipswich, and was shown several different areas. On the University of Suffolk campus, the Hold has several public areas to visit, including archival displays, the John Blatchly Local Studies Library, an exhibition gallery, and a shop.

After visiting The Hold, Prince Richard visited the University of Suffolk to meet with students and view an architecture exhibition curated by students. The Duke is a trained architect himself, having studied at Cambridge for his undergraduate Bachelor of Arts and a Diploma in Architecture. His architectural career ended in 1972 when his elder brother died, and he became the heir apparent to his father’s dukedom, but he still maintains an interest in the field.

The Duke then visited Sutton Hoo, which is run by the National Trust. It is the site of two different early medieval cemeteries (dating to the sixth/seventh centuries CE) and has been a busy site for archaeologists for nearly 100 years. There is now a 17-meter high viewing tower at Sutton Hoo to allow visitors to see all 18 Anglo-Saxon royal burial mounds. As reported by the BBC, Nick Collinson, the Trust general manager, said, “The tower gives visitors great birds-eye views of the Royal Burial Ground and the wider landscape, but also of the Deben estuary, across to Woodridge and even Felixstowe Port.

“The Tower really helps to connect the Royal Burial Ground with the estuary which would have been the highway of the time, and an essential part of why the burial ground was located here in such a symbolic position in this landscape in the 7th Century.“