Who was Prince William of Gloucester? 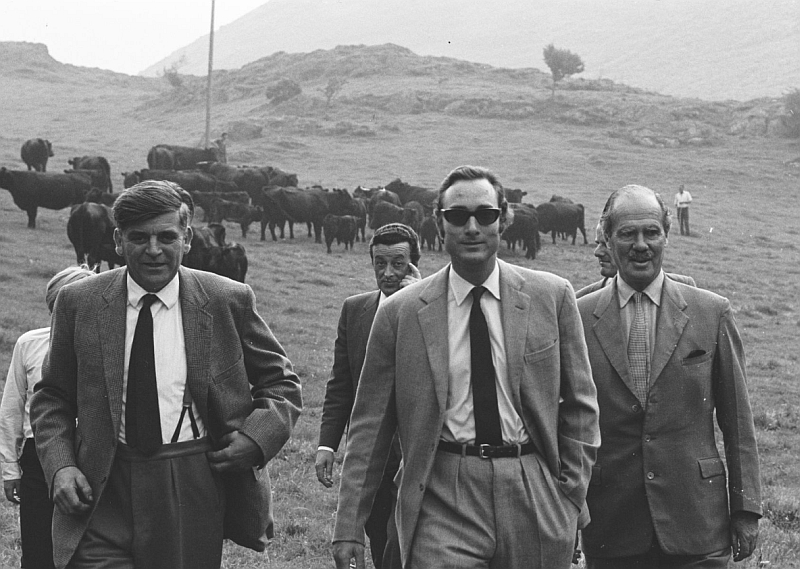 By Geoff Charles - This image is available from the National Library of WalesYou can view this image in its original context on the NLW Catalogue, CC0, Wikimedia Commons

Nowadays, he is referred to as ‘The Other Prince William’, but who was Prince William of Gloucester and why was his life cut so tragically short?

On 18 December 1941, Prince William Henry Andrew Frederick was born in Barnet, Hertfordshire to Prince Henry, Duke of Gloucester and Alice, the Duchess of Gloucester. Through his father, he was one of the youngest grandchildren of King George V and Queen Mary, meaning he was also first cousins with Queen Elizabeth II and Princess Margaret. At the time of his birth, he was fourth in line to the throne.

The Prince was baptised in the Private Chapel at Windsor Castle on February 22, 1942, by the Archbishop of Canterbury. His godparents included the likes of his uncle King George VI and his grandmother, Queen Mary.

William was the elder brother of Prince Richard (who is now the Duke of Gloucester) – he would have inherited the Dukedom of Gloucester had it not been for his untimely passing. In his youth, he and his cousin, Prince Michael of Kent, acted as page boys at the wedding of their cousin, then Princess Elizabeth to Philip Mountbatten on November 20, 1947.

Having been educated at Wellesley Prep School and Eton College, the Prince was remembered by his classmates and teachers for being smart, as well as incredibly athletic. When he left Eton, William went on to achieve a BA degree in history from Magdalene College, Cambridge and spent a further post-baccalaureate year at Stanford University in California studying political science, American history and business.

Upon his graduation, Prince William returned to the UK and took up a position at Lazards, a merchant bank in London; this made him only the second royal – behind his uncle Prince George, Duke of Kent – to undertake a job in the civil service.

In 1965, the royal started working for the Commonwealth Office, working in Lagos as the third secretary at the British High Commission. In 1968, the Prince was transferred to Tokyo, Japan as the second secretary in the British Embassy. He is said to have enjoyed his life, free from royal duties and protocol. He even met the woman he intended to marry had she been deemed appropriate in royal circles.

Zsuzsi Starkloff met Prince William in Tokyo in 1968, and they fell madly in love. When word of their relationship reached royal courtiers, they were adamant that Starkloff was not suitable. As a twice-divorced Jewish and Hungarian mother of two young children, their relationship was never formally acknowledged. It is even believed that his cousin, Princess Margaret, was sent to Japan to encourage him to think about his duties over the relationship. Despite this, their correspondence continued until his death in 1972.

Any long-term plans came crashing down for William and Zsuzsi in 1970, when his father, Prince Henry, Duke of Gloucester was suffering from numerous and serious strokes. He had to return to the UK to manage his father’s estate and take on duties as a full-time working royal.

In 1972, Prince William of Gloucester – who was a qualified pilot and who owned several aircrafts himself – was competing in the Goodyear International Air Trophy, near Wolverhampton, UK. His mother, the Duchess of Gloucester, was sitting in the stands to watch her son compete. Shortly after takeoff, he tragically lost control of the plane at a low altitude causing the wing to hit a tree and burst into flames. His Royal Highness’s body was identified the following day through dental records. He was well-regarded as a daredevil prince – taking on several dangerous hobbies, including, flying, ballooning and hiking in the Sahara Desert.

William was greatly admired by his family, none more so than by his second cousin, Prince Charles, the Prince of Wales. When his own turn to become a father came around, Prince Charles named his first son, William (the Duke of Cambridge) in honour of Prince William of Gloucester.

At the time of his death, he was only 30-years-old and ninth in line to the throne. His tragic death made him the first grandchild of King George V and Queen Mary to die. He is buried at the Royal Burial Ground in Windsor.