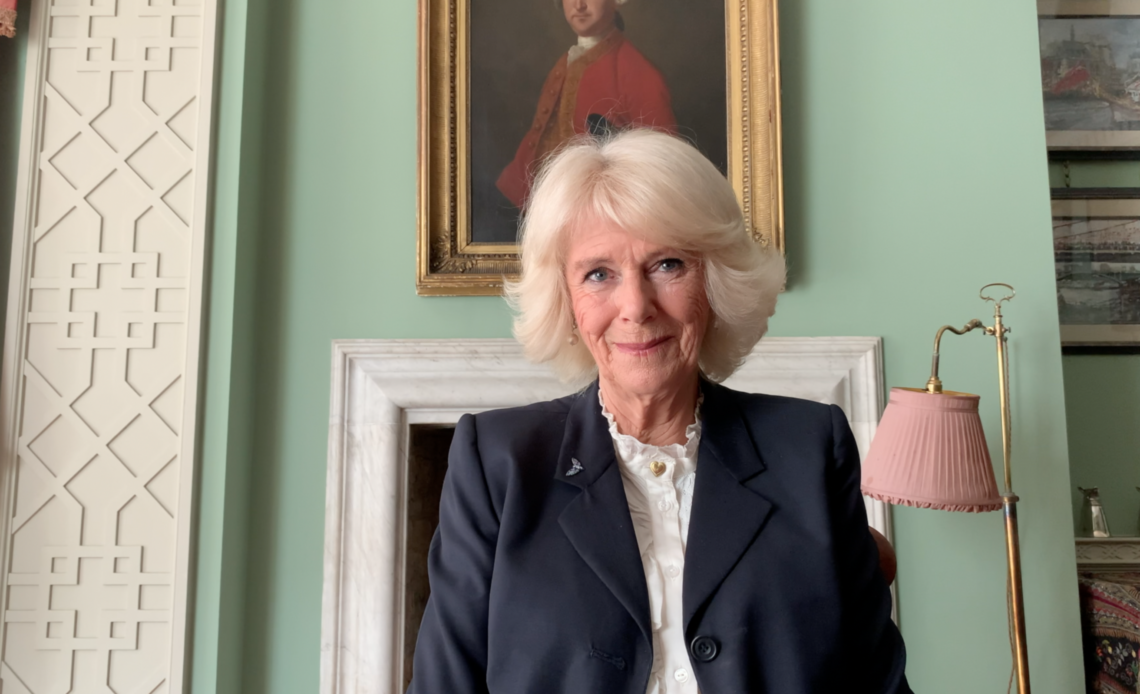 The Duchess of Cornwall has released a message of support to mark World Osteoporosis Day, urging young people to take care and hoping for an end to a “silent disease that has brought such misery and pain.”

Camilla, who has been the President of the Royal Osteoporosis Society since 2001, filmed her video message at Clarence House.

In it, Camilla says, “We know it is vital to eat the right food, to take regular and weight-bearing exercise and, so importantly, to educate young people as to how to look after their bone health. We can therefore mark this World Osteoporosis Day with hope and confidence that, together, we will be able to bring an end to this ‘silent’ disease that has brought such misery and pain to millions of people across the globe.”

In a media release, the Royal Osteoporosis Society’s Chief Executive, Craig Jones, said, “We warmly welcome this message of support from Her Royal Highness The Duchess of Cornwall. Osteoporosis affects 3.5 million in the UK but is much less well understood than other major health conditions. Crucially, the health of your bones can be improved throughout life by a healthy diet, regular exercise and vitamin D.”

The Duchess will further show her support of World Osteoporosis Day by hosting a tea party at Clarence House for supporters and representatives of the Royal Osteoporosis Society. She has also presented an award named in her honour, The Duchess of Cornwall Award, to a ROS volunteer, Christine Sharp.

The Duchess of Cornwall Award has been presented annually since 2009 to a person who has made an outstanding contribution in the field of osteoporosis, whether it’s awareness, research, voluntary services, or promotion of health.

Christine Sharp, who lives in Keighley, West Yorkshire, has received the award this year for her support of the charity, which she has worked with for over a decade.

“I am genuinely speechless for the first time in my life. I am so grateful for the nomination and so very proud. I would like to think this honour can be shared with everyone who helps to raise awareness of osteoporosis as it is vital that we draw attention to this ‘silent disease,” she said, adding “I do what I do because I don’t want anyone else to suffer in the same way as I have. It is a horrific condition that is devastating for all those affected, and it is a huge cost to the health service. I hope that we can improve the quality of life for everyone.”