Cheers for Britain’s new tennis hero from William and Kate 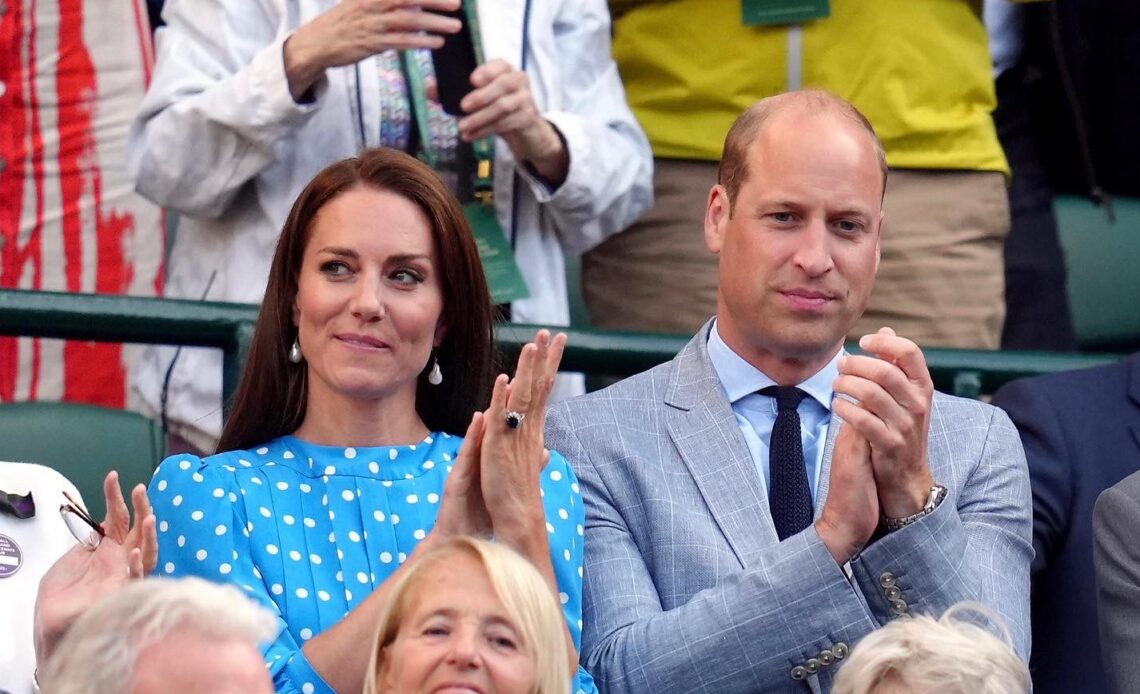 The Duke and Duchess of Cambridge made their first appearance at this year’s Wimbledon Championships on Tuesday, watching as rising tennis champ Cameron Norrie sailed through the quarter-finals.

The couple, who attend several tennis matches each year throughout the two-week Wimbledon Championships, tweeted after Cameron Norrie’s victory: “What a match! Just brilliant @cam_norrie 👏🇬🇧.”

The couple also watched as Novak Djokovic, the reigning men’s champion, defeated Jannick Singer on the Centre Court before heading over to watch Norrie’s match on Court One. The Kensington Royal social media accounts shared photos of the couple at the matches with the caption, “What a day of tennis! 🎾  Fantastic to be back @Wimbledon today and wonderful to see @Cam_Norrie flying the flag in the singles!”

Kate is Patron of the All England Lawn Tennis Club, having taken over from The Queen ahead of the 2017 championships. After the Duke of Kent’s retirement last summer as President, it is expected that Kate will take over handing out the trophies during the finals weekend.

In 2021, she presented the trophy to ladies’ singles winner Ashleigh Bardy. She also helped prepare the quintessential Wimbledon lunch of egg sandwiches and strawberry desserts to celebrate the return of the world-famous tennis tournament after the pandemic.

In a 2017 BBC interview, Kate spoke of her love for tennis and Wimbledon, saying, “Being able to go into Wimbledon and be part of an amazing atmosphere is special. It inspires young people, including myself. Every time Wimbledon is on, I am thinking, ‘Yes, I could do the same,’ and get out the racket. Sadly, not the same results.”

She has attended the tournament every year since becoming a member of the Royal Family save for 2013 when she was heavily pregnant with Prince George and could not attend on doctor’s orders.

This year’s tournament continues through to the weekend. Further attendance by Kate is expected as the tournament wraps up.