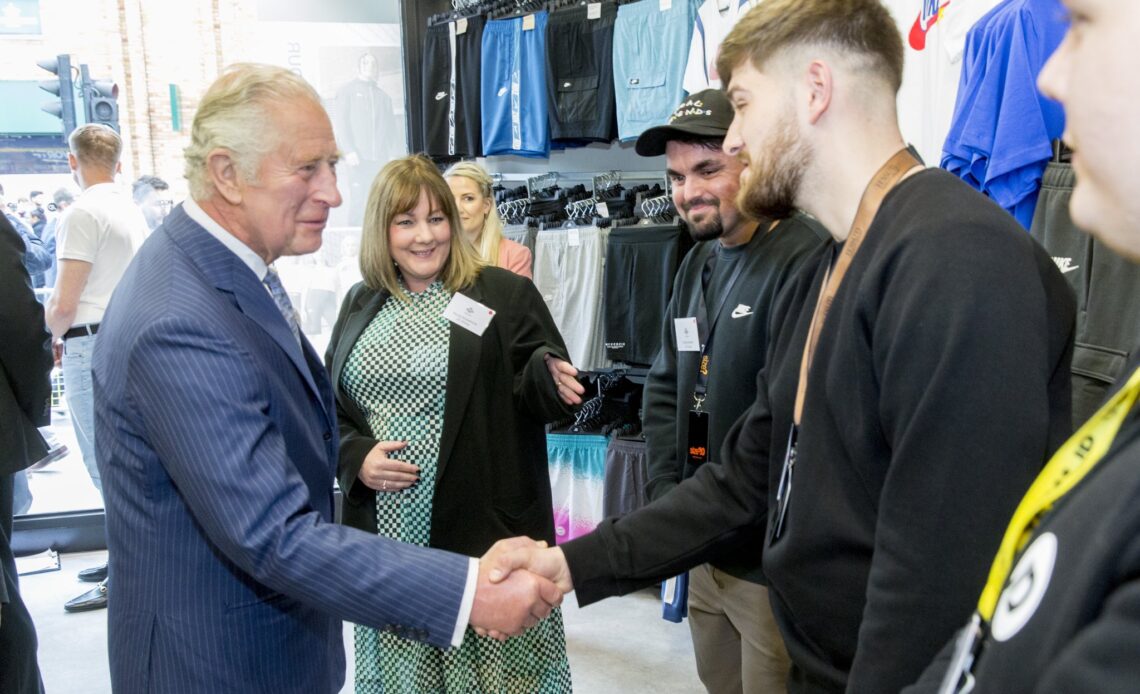 The Prince of Wales was flocked by crowds on a walkabout in south London Wednesday, meeting with one of his Prince’s Trust initiatives.

Prince Charles met with young people supported by The Prince’s Trust Kickstart at St. Peter’s Church, including those who work for companies like Marks and Spencer, LADBible, Pets at Home, Tesco, Met Police and Homebase.

The Kickstart scheme was launched in the summer of 2020 by the UK government as a response to youth unemployment and the coronavirus pandemic. Its grant of £2 billion allowed businesses to hire young people for six-month work placements to stave off long-term unemployment.

The Prince’s Trust partnered with Kickstart and has gone on to support 4,220 young people between the ages of 16-24 in securing work placements. According to Clarence House, “The scheme has raised over £3million in funding for The Prince’s Trust and has helped the organisation build better ways of working between functions, as well as creating great foundations for future employability programmes and projects.”

Prince Charles was joined by Rishi Sunak, Chancellor of the Exchequer, and Jonathan Townsend, UK Chief Executive of The Prince’s Trust, for the visit, which saw them then walking to JD Sports Walworth to meet over 150 young people supported by Kickstart who have found employment with the sporting goods retailer.

Prince Charles spoke with them and asked: “Is it all these sort of endless sports things? Do you get anything free?”

He was told that the staff gets employee discounts instead of free merchandise. He also inquired about how they were motivated and how they worked while completing their A-levels (“I’m so glad that I don’t have to do those exams anymore,” he said).

In an interview with The Times, JD Sports’ executive chairman, Peter Cowgill, said, “I love the Kickstart scheme because it really focuses on purpose and giving underprivileged or disadvantaged people a good start in life.”

Afterwards, on a walkabout through East Market Street, Prince Charles was mobbed by well-wishers who wanted to ask him questions like “How’s your mum?” and how did the walkabout compare to the State Opening of Parliament (“Slightly different,” he replied).

Prince Charles was later joined by his wife, the Duchess of Cornwall, at the first garden party at Buckingham Palace since 2019.