What is a royal ship sponsor? 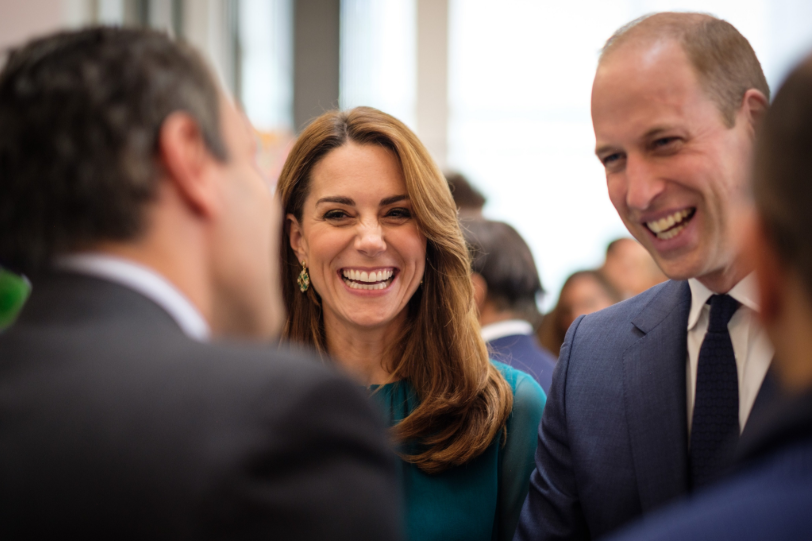 The Duchess of Cambridge was announced as the new Royal Navy vessel HMS Glasgow’s sponsor while The Queen is in Scotland for Holyrood Week.

Kate will be the latest in a long line of royal women who have acted as Sponsors for the Royal Navy, so let’s take a look at some of the most famous examples.

To be named a ship’s Sponsor is a huge honour for the women in the Royal Family. It indicates that they will be involved with both the ship and its crew throughout its service in the Royal Navy and means that the royal will attend functions and celebrations for the vessel, like its naming ceremony and departure from and arrival back from deployments.

According to Kensington Palace’s announcement yesterday, it also means that the royal will maintain an ‘enduring personal connection’ with her ship.

The Queen is the Sponsor of HMS Queen Elizabeth, which she christened on 4 July 2014 at Rosyth using a bottle of whisky from the Bowmore distillery on Islay instead of the usual champagne bottle.

The HMS Queen Elizabeth did not see service until December 2017, and according to the Royal Navy, it is “the largest and most powerful vessel ever constructed for the Royal Navy. This awe-inspiring warship is capable of carrying up to 40 aircraft. As well as state-of-the-art weaponry and communications systems, HMS Queen Elizabeth boasts five gyms, a chapel and a medical centre.”

The HMS Queen Elizabeth is currently on deployment with the Carrier Strike Group.

The Queen also acts as Sponsor for the HMS Lancaster, named after her subsidiary title of Duke of Lancaster. The vessel is referred to as ‘The Queen’s Frigate’ and was commissioned in 1992 and is still active today.

The Duchess of Cornwall is the Sponsor for the HMS Prince of Wales and the HMS Astute submarine.

In 2019, Camilla attended the commissioning ceremony for the HMS Prince of Wales at Portsmouth alongside her husband, a day he was given the title of Honorary Commodore-in-Chief, Aircraft Carriers.

“On this momentous day, a new chapter opens in a Ship’s history which stretches back to 1765. She joins a Navy which has protected this nation’s shores, and its interests across the globe, for over five centuries. May I say how pleased I am that this great Ship shares my husband’s name? And now, as Honorary Commodore-in-Chief, Aircraft Carriers, I am delighted that he will have an even stronger link to this Ship and her sister.

“As your proud Lady Sponsor, please remember that you will also be in my thoughts and prayers. You will serve your country in an extraordinary Ship, at the beginning of an exciting new era in our long naval history.”

The HMS Astute is a nuclear-powered attack submarine that was officially launched on 8 June 2007 by Camilla and then commissioned on 27 August 2010. Ten years later, she visited HM Naval Base Clyde to mark its 10th anniversary and joked: “I remember so well the 27th August 2010, as we watched this magnificent boat enter into active service.  On that day, I half-jokingly wondered if I would ever join you for a dive.

“While that has not yet proved possible – (somewhat to my relief!) – I have taken an enormous interest in your work over the past decade.  As ‘first of class and best of class’, you have covered more than 19,000 nautical miles, operating in some of the most diverse and challenging areas of the globe.”

The Countess of Wessex is the Sponsor of the HMS Daring, an air-defence destroyer, which she launched in 2006.

Sophie spent the night aboard the HMS Daring in 2013, with the then-Commanding Officer of the destroyer, Cdr Angus Essenhigh remarking, “It was a great privilege to host the Countess for her first overnight stay in Daring and to continue to enhance this extremely close relationship. She is an excellent Lady Sponsor who has always taken a great deal of interest in the ship since she launched Daring in early 2006.”

Princess Anne attends events like the HMS Albion’s Freedom of The City parade in Chester in her role as the vessel’s Sponsor and recently met with its new Commanding Officer, Captain Simon Kelly, to hear how the vessel has adapted to the global pandemic.

Other royal Sponsors include Diana, Princess of Wales, who was the Sponsor of the HMS Cornwall in 1985. The vessel was decommissioned in June 2011.

Princess Alexandra is the Sponsor of the HMS Kent, commissioning it in June 2000—making it the first Royal Navy vessel to be placed into active service in the new millennium.

Kate will join in this long tradition later this year when it is expected that the HMS Glasgow will be ready for naming. William, who was visiting Scotland with his grandmother for Holyrood Week, visited BAE Systems Shipbuilding, where the vessel is under construction, and announced the news to the workers.

“Today, I’m very pleased to announce that my family’s connection with Type 26 will endure for many years to come,” he said.

“Her Majesty The Queen has approved the appointment of my wife, Catherine, as Sponsor of the superb ship we see taking shape outside – HMS Glasgow. I know that Catherine will be delighted to join you here in Glasgow for the naming ceremony in due course.”

According to Kensington Palace, HMS Glasgow will be one of the Royal Navy’s newest warships when it takes the waters and will play a major part in the Navy’s operations in warfighting, maritime security, and international engagement.