The Duchess of Cambridge is disqualified in sailing regatta 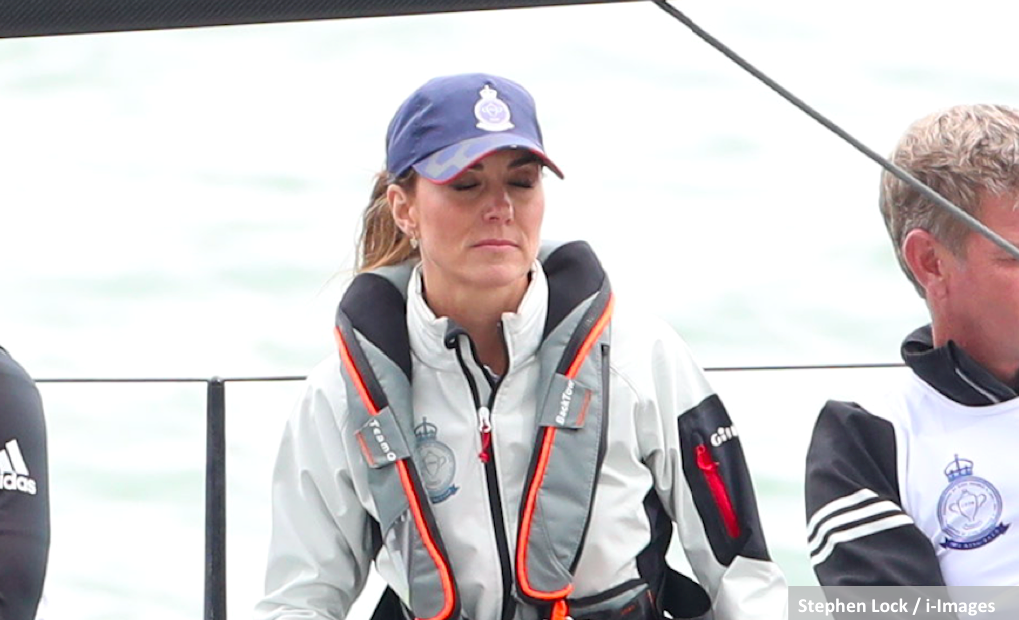 The Duchess of Cambridge’s boat has been disqualified in The King’s Cup Regatta.

The announcement of HRH’s disqualification came following the second race of the day.

It is understood that the decision was made after her boat started the race too early, hence breaking the rules.

Catherine had slightly better luck in the first race where her boat finished in 7th position out of a possible eight.

The Duke of Cambridge’s boat faired slightly better off and finished the race in 3rd place.

It was broadcaster and adventurer Bear Grylls who ended the race victorious, with his boat finishing in 1st place.

The Duke and Duchess of Cambridge hosted the inaugural regatta The King’s Cup to raise awareness and funds for eight of Their Royal Highnesses’ patronages.

The event saw Their Royal Highnesses go head to head as skippers of individual sailing boats, in an eight boat regatta race. The winning team is awarded The King’s Cup, a historic trophy first presented by King George V at Cowes’ Royal Yacht Squadron in 1920.

The event takes place to raise awareness and funds for eight of The Duke and Duchess’ patronages.

William competed on behalf of Child Bereavement UK, with the Duchess sailing for The Royal Foundation.

The winner of the day, Beat Grylls skippered for wildlife conservation charity Tusk.

Prince George and Princess Charlotte watched and cheered on their parents alongside grandfather Michael Middleton.

The inaugural regatta, which is taking place on the Isle of Wight, was due to take to the water on Friday, August 9th. However, forecasts of heavy rain, thunder and lightning and winds of up to 50 miles an hour for the south of the UK that day have seen the event brought forward a day. The Duke and Duchess of Cambridge announced the King’s Cup event in May this year and are hoping it will become an annual event.