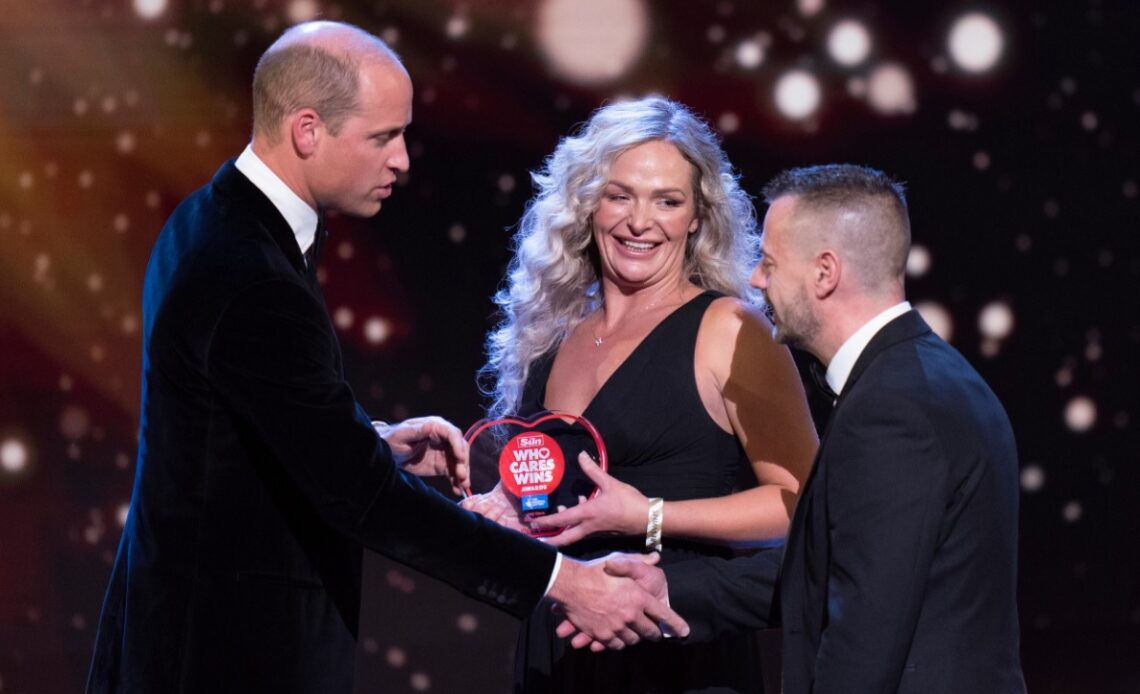 The Duke of Cambridge praised the courage of two paramedics at the Who Cares Wins awards on Tuesday evening.

In presenting the 999 Hero Award to paramedics Deena Evans and Mick Hipgrave, William said they showed “astonishing courage” in a high-pressure situation where Deanna was stabbed with an eight-inch knife while responding to a call and required attention from Mick following the attack.

William remarked on their courage, saying: “Every day, our emergency services deal with high-pressured, challenging situations.

“When most of us would, quite naturally, turn away and seek safety, our emergency responders rise to the occasion—running straight towards the danger to provide vital and often life-saving support.

“Very modestly, they will tell you that this does not make them heroes, and it is all done in the name of duty. But sometimes, a situation will occur that tests the resolve of even the most experienced responder.

“In times like these, they must face their deepest fears and find the most astonishing level of courage to overcome the obstacles in front of them. And that is truly heroic. The winners of this award faced just such a situation, but I am delighted to say they survived and are here this evening.”

William presented the award to the paramedics and said, “It’s very impressive, the way you’re all here in spite of everything you’ve had to deal with. Thank goodness you’ve got each other.”

Mick gave an acceptance speech and praised the work of the NHS. “This isn’t a job for me, this is a way of life, and I love working for the NHS.”

Deena added, “They say the average person sees three traumas in their lifetime, while a paramedic sees 300. So this is for every paramedic that sees 300 traumas and has to deal with this.”

The Who Cares Wins awards are presented annually by The Sun media organisation since 2017 and recognises the everyday heroes, including the public as well as scientists and those in the medical and healthcare fields, who show exceptional courage and bravery.

Prince William attended the ceremony in his role as joint patron of the NHS Charities Together organisation, which was a co-organiser of the awards this year.