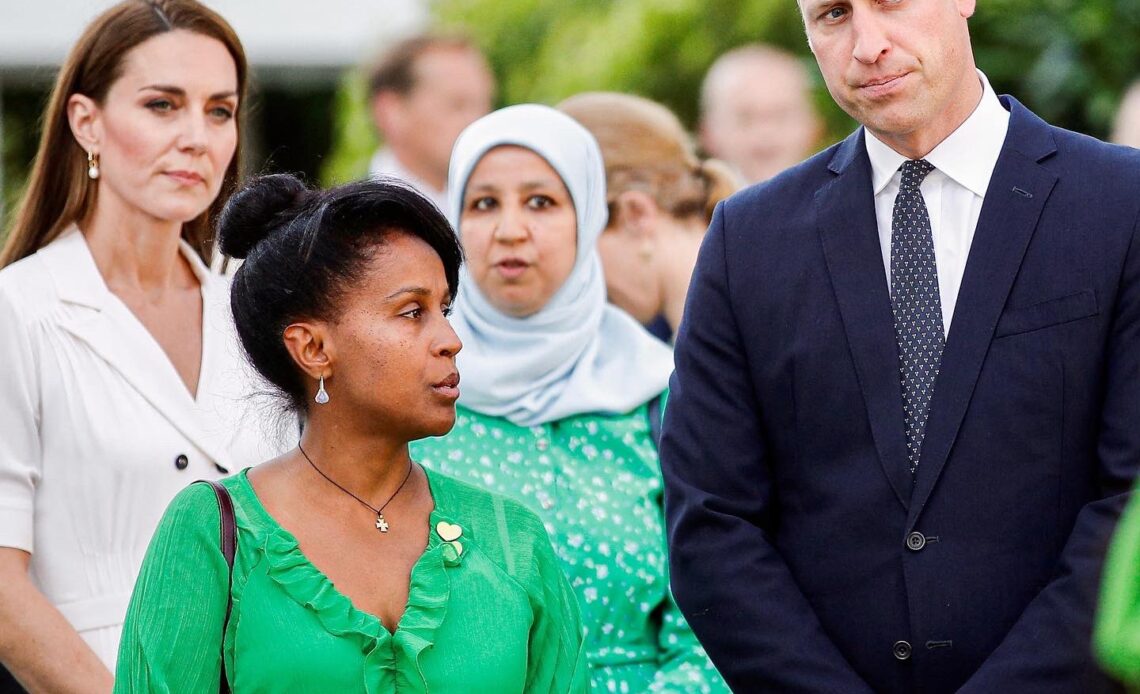 The Duke and Duchess of Cambridge have attended a memorial service for those who died in the Grenfell Tower fire.

Their Royal Highnesses first met with survivors and those who lost loved ones privately before the multi-faith service at the foot of Grenfell Tower.

At the conclusion of the service, the Duke and Duchess laid a wreath with a card that said: “In remembrance of all those we have lost. Our thoughts and prayers are with you always. William and Catherine.”

They also shared their thoughts on social media, expressing their sympathy for those who lost loved ones and their hopes that this type of tragedy never occurs again.

“It was an honour to meet the people of Grenfell United who organised the service and play a vital role providing pastoral care for those affected and advocating for families to ensure that such a tragic event is never repeated,” they said.

The memorial service, organised by Grenfell United, was held to mark five years since the fire broke out that killed 72 people in North Kensington in west London. Previous memorial services have been held in 2018 and 2019. The global health crisis prevented any large memorial services from taking place in 2020 and 2021.

Grenfell United was formed in the days after the fire by a group of survivors and those who had lost loved ones. Their aim is to make sure fires like the one at Grenfell never happen again. They also organised visits to the Grenfell site for the bereaved and survivors to pay their respects during the pandemic when memorial services were not an option.

The Duke of Cambridge joined The Queen in meeting survivors, the bereaved, and first responders in June 2017. Prince William also met those affected by the fire in 2019 when he marked the launch of the National Emergencies Trust, of which he is the patron.