A weekend on the ocean waves for the Princess Royal 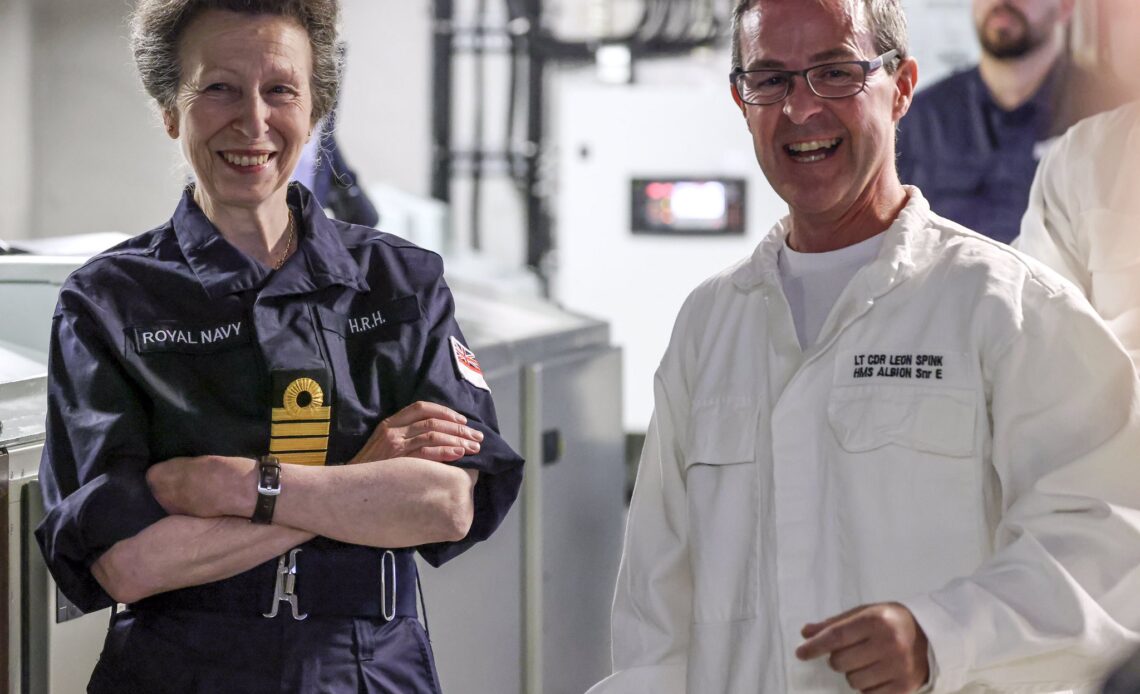 The Princess Royal spent the weekend on the seas, joining the crew of the HMS Albion for a naval training exercise, Exercise Joint Warrior, off the coast of Scotland.

Princess Anne, who is the Royal Sponsor of the HMS Albion, joined members of the Royal Navy and Royal Marines in their exercises. She also toured the ship, visiting every part of the vessel to talk to members of the company.

The Royal Family said on Twitter that she paid visits to the galley, the engine room and took a spin in a landing craft.

Exercise Joint Warrior is an annual training exercise that involves all branches of the British Armed Forces and invites the armed forces of other nations, including Canada, the United States, Germany, France, the Netherlands, and Spain, among others.

Over two weeks, Exercise Joint Warrior works through scenarios such as crisis and conflict situations that could theoretically occur in real life, like terrorism and piracy. The soldiers are trained to practice their airborne assaults, amphibious landings, evacuations, and live-fire exercises, according to the Ministry of Defence website.

HMS Albion tweeted about Princess Anne’s stay, writing, “We had the privilege of hosting our Lady Sponsor, Her Royal Highness Princess Anne, as she visited @hms_albion as we participated in #JointWarrior off the coast of Scotland.”

According to the Ministry of Defence website, Exercise Joint Warrior’s aim is to “provide a complex environment in which the participants can train together, honing tactics and skills in preparation for deployment as a Combined Joint Task Force.”

As Lady Sponsor of the HMS Albion, Princess Anne has been involved in operations with the vessel and its crew throughout its service, and she attends functions and celebrations for the vessel as well. Earlier this month, she attended a ceremony at the Tower of London for the HMS Albion to pay its dues in the form of a ceremonial barrel of wine.