Puppy Love for The Duke of Gloucester 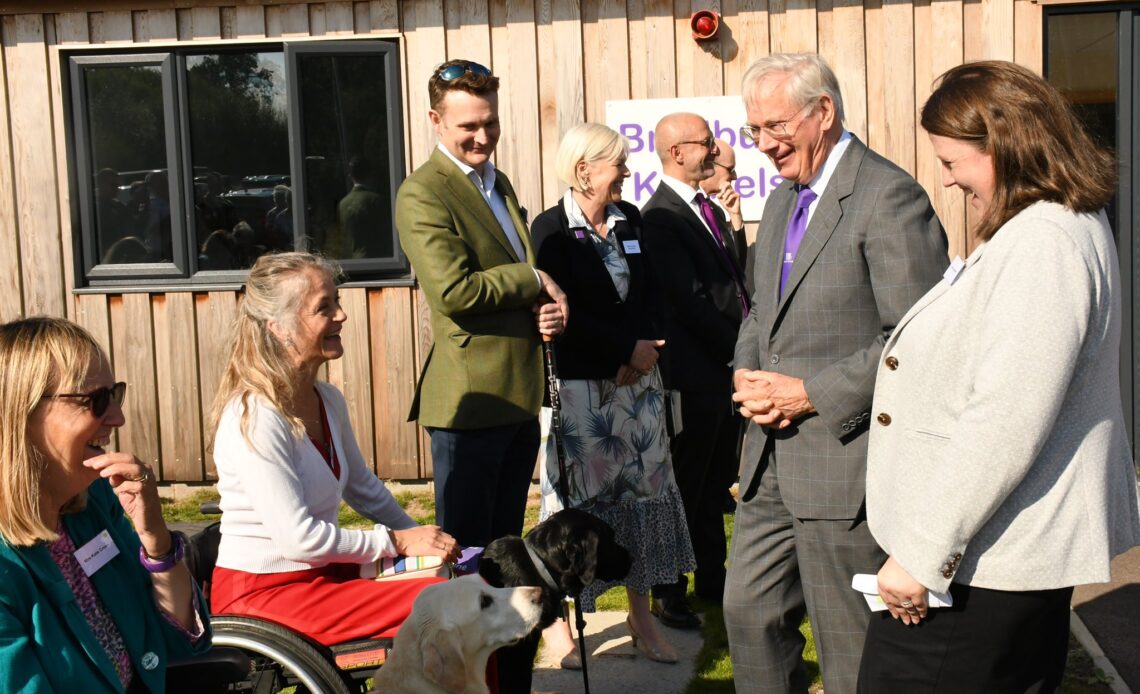 As the Royal Family returns to a regular schedule of engagements, The Duke of Gloucester visited some new four-legged friends to begin the week. He stopped by a new Canine Partners location to celebrate the new location’s opening, including the Bradbury Kennels.

Prince Richard visited the new Canine Partners facilities in Surrey to mark its official opening. After touring the new facilities, he met with several recipients, including Joanna and Kate, as well as their own dogs, Barrington and May. The facilities have long since been needed, as the organisation was relying on volunteers and temporary accommodations.

As a long-time Patron, this is not Prince Richard’s first engagement with Canine Partners. He opened Canine Partner’s Southern Centre in 2005 and then visited the Midlands facilities in 2014.

The Duke is not the only member of the Royal Family to pay a visit to the organisation. In 2017, The Queen visited Canine Partners in Sussex to learn more about their programs and meet some of the dogs in training and looked to thoroughly enjoy herself.

Canine Partners was founded in 1990 and is a registered charity in the United Kingdom. The organisation says on their website: “Canine Partners is a registered charity that transforms the lives of people with physical disabilities by partnering them with assistance dogs… These life-changing dogs also provide psychological and social benefits including increased independence, confidence, social interaction and self-esteem.”

They work with several different charities, including the Royal British Legion, Guide Dogs, and Help for Heroes.

The program trains typically up to 40 dogs at any given time, but they are currently working with just under 30 due to the global health crisis. The Duke’s support is crucial to the organisation, as there are considerable costs involved: it can cost up to £30,000 to train and support a dog throughout its working life.