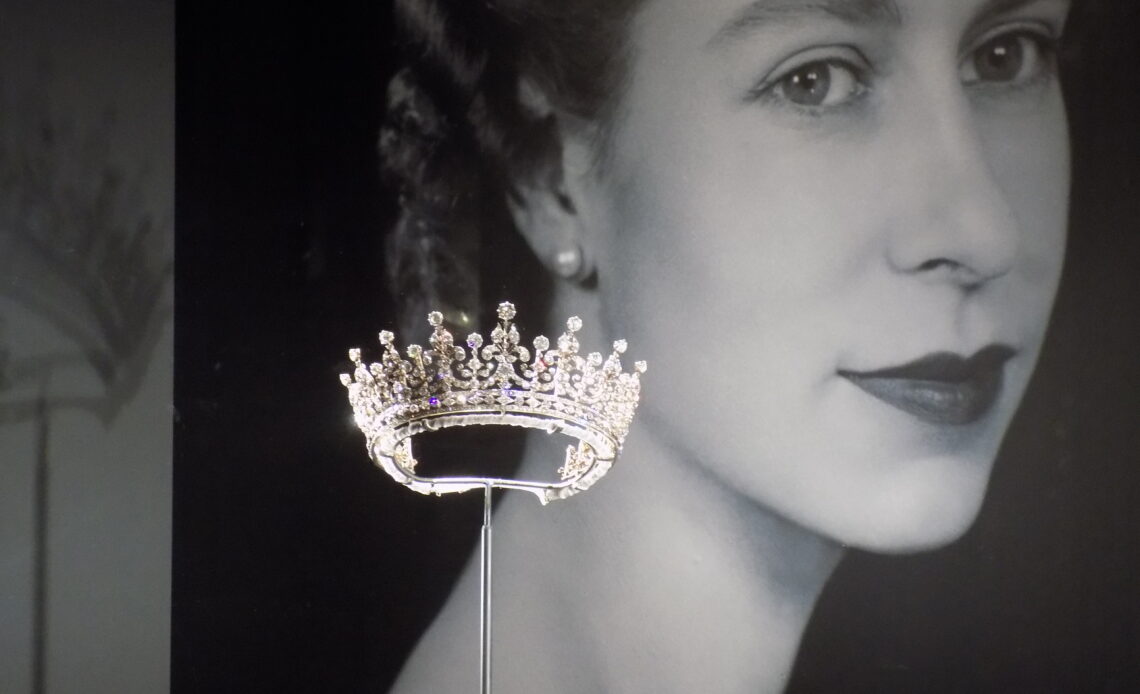 Buckingham Palace is now open to visitors for the summer with a brand new exhibition all about The Queen’s Accession at the heart of the royal show.

The display is nestled in the centre of the tour of the State Rooms at the Palace and offers a chance to see some of the most important and symbolic jewels of The Queen’s reign.

Among the gems on show is the George IV Diamond Diadem and the Girls of Britain and Ireland tiara, both worn in early images of Elizabeth II as she began her reign.

But the sparkle is just one part of this year’s tour which allows visitors to see inside one of the most famous royal homes in the world.

The State Rooms at the Palace have been thrown open to visitors for several years now but the latest chance to see them offers some new additions to a tradition that’s quickly established itself as a summer must for royal fans.

A brand new audio guide offers expert commentary on some of the highlights of the rooms. These neat little summaries, never more than a minute or so in length, point out the must see moments in all the areas open to the public as well as rounding up the significance of the royal gems on display and offering some tips on where to find out more about the precious items on show at the Palace.

There is also a special Jubilee film on the guide which pops up as you reach the famous Ballroom where benches provide a perching spot to sit and watch history unfold. Just be warned, there are some lovely tributes to Prince Philip in it and you might just find a tear in your eye, as I did, as they unfolded.

Meanwhile, younger visitors will enjoy the interactive area at the end of the tour where they get a chance to join a Buckingham Palace balcony appearance. And yes, this older visitor did just that, too!

However, the jewel in this year’s crown is the Jubilee exhibition, bringing together some of the gems worn by Elizabeth II in the earliest part of her reign. The display starts with the coronet worn in 1937 when, as a princess and heir to the throne, she attended her father’s Coronation. As you wander through the glittering gems, there are also photographs by Dorothy Wilding on show. The groundbreaking photographer was the first to capture The Queen on camera after her accession and her images tell the story of the creation of a royal image.

The exhibition, run by the Royal Collection Trust, also features some of the most iconic images from The Queen’s four Jubilees.

There’s plenty to see and enjoy at the summer opening of Buckingham Palace. It runs from July 22 until October 2 2022 with tickets available on the Royal Collection Trust website. Prices are £30 for an adult and £16.50 for children. Family tickets cost