A cuddle for the Countess on a moving day of memories 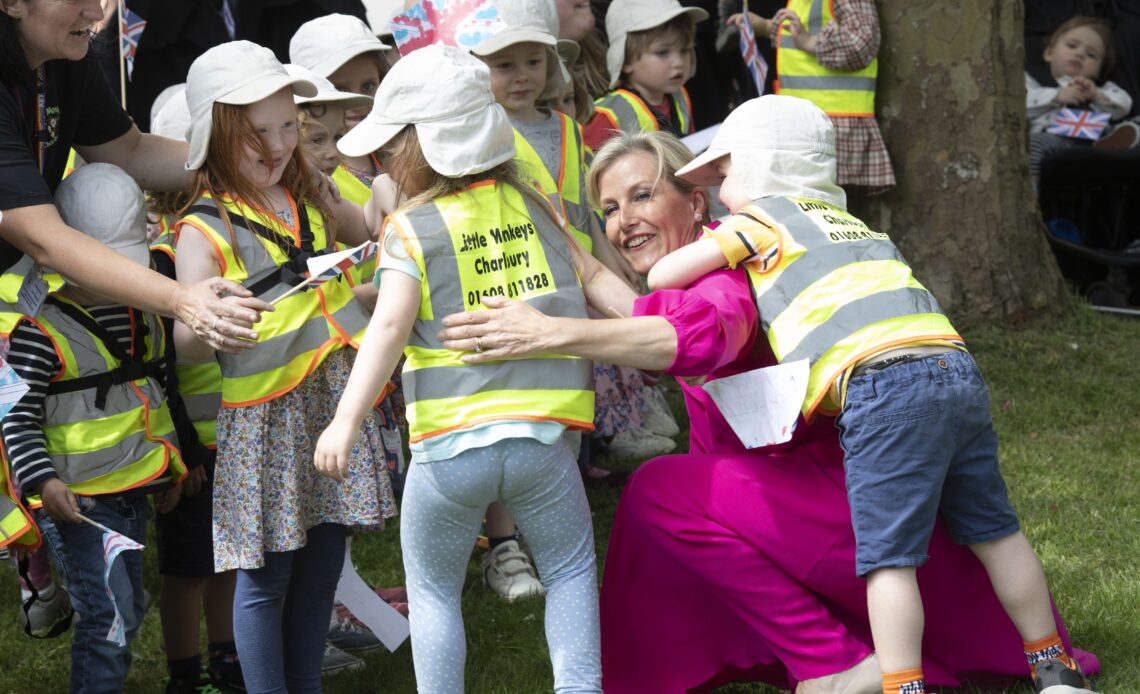 The Countess of Wessex found herself on the end of an enthusiastic bear hug as she carried out a day of engagements in Oxfordshire.

As she visited Charlbury Community Centre, near Chipping Norton, one of the children who had come to meet her jumped across to offer her a big cuddle. The Countess looked delighted as several youngsters hugged her tightly.

The embrace came as Sophie visited the centre to mark the Platinum Jubilee. She planted a tree during her stay and also cut a special celebratory cake, decorated to look like a Union Jack.

There was also a chance to speak to some of those working and volunteering at the centre as well as see the activities put on there for children.

There was a big turnout for the Countess who was making the first royal visit to Charlbury since 1896.

Earlier in the day, the Countess of Wessex officially opened the Royal Army Chaplains’ Museum at the Armed Forces Chaplaincy Centre at Shrivenham.

It was a poignant event for Sophie who was shown an exhibition dedicated to her great uncle, Noel Mellish, who was awarded the Victoria Cross as a padre during World War One.

Sophie’s visit to Oxfordshire also took her to the Blackbird Leys Community Centre.