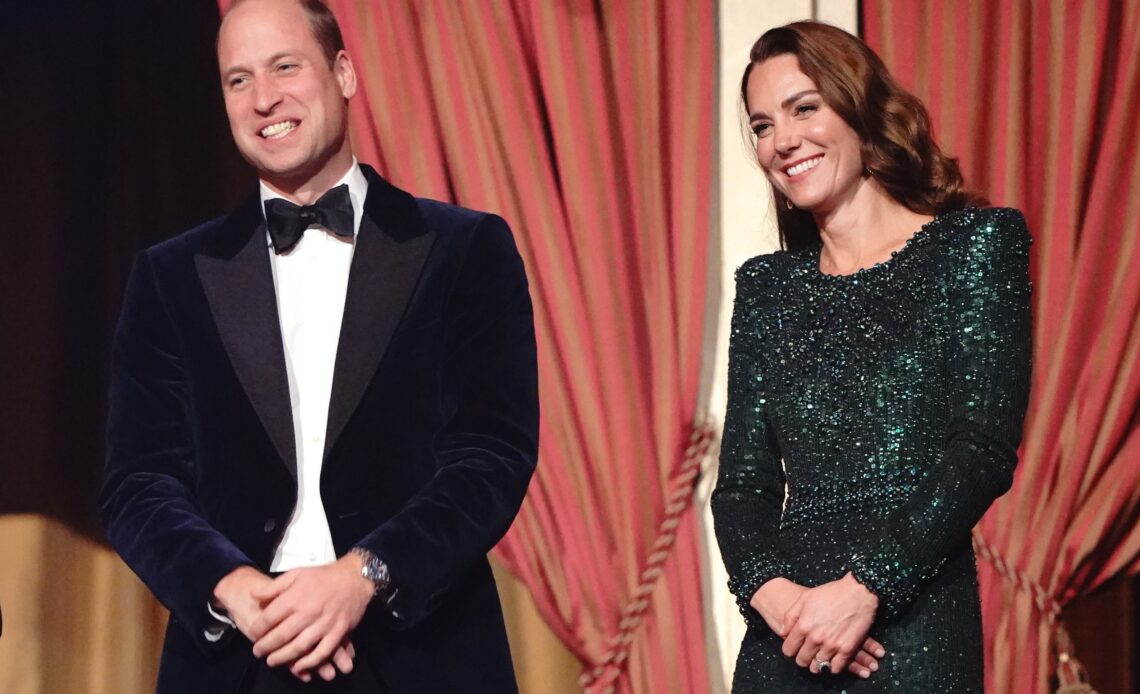 The Duke and Duchess of Cambridge have attended this year’s Royal Variety Performance on behalf of the Royal Family.

The Royal Variety Performance, at the Royal Albert Hall, began with host Alan Carr complimenting Kate’s gown. The comedian, a well known campaigned for LGBTQ rights, then turned to William and said, “Sir, I am sure you do not know who I am but I am not hitting on your wife.”

This year’s Royal Variety Performance took place on November 18th 2021 and featured performances by Ed Sheeran, Sir Rod Stewart, the cast of Matilda, The Musical, the cast of Cirque du Soleil, the cast of Moulin Rogue! The Musical, Anne Marie, Years and years and The Messoudi Brothers. There were also special appearances by Gregory Porter, Elvis Costello, and more.

This year’s show also marked 100 years of continuous patronage from the reigning monarch. In 1921, the Royal Variety Performance’s patron was King George V; Queen Elizabeth has been patron since 1952.

William and Kate met with performers, Royal Variety Performance staff, and ITV staff both before and after the show. The Middletons—Carole and Michael, Kate’s parents, and James and Alizee, Kate’s brother and sister-in-law—were seated in the box next to the royals.

Afterwards, comedian Josh Widdicome told reporters, after speaking with the royals: “William mentioned he was happy that I hadn’t made any gags about him, I was worried because I had mentioned him at the start. I was delighted by that but I think he has misjudged me as a much more dangerous comic than I am. I asked Kate whether she would come on the parenting podcast with me and Rob [Beckett], she glossed over it. I said it and then I panicked and told her I was only joking. For the record we would take her or Will.”

William and Kate alternate attendance at the Royal Variety Performance with the Prince of Wales and the Duchess of Cornwall each year. Prince Charles and Camilla are currently on a royal visit to Jordan and Egypt.

The Royal Variety Performance airs in the UK in December on ITV and is then broadcast all over the world throughout the holiday season.

All money raised by the Royal Variety Performance supports people from the entertainment world in need of assistance as a result of old age or financial difficulties.