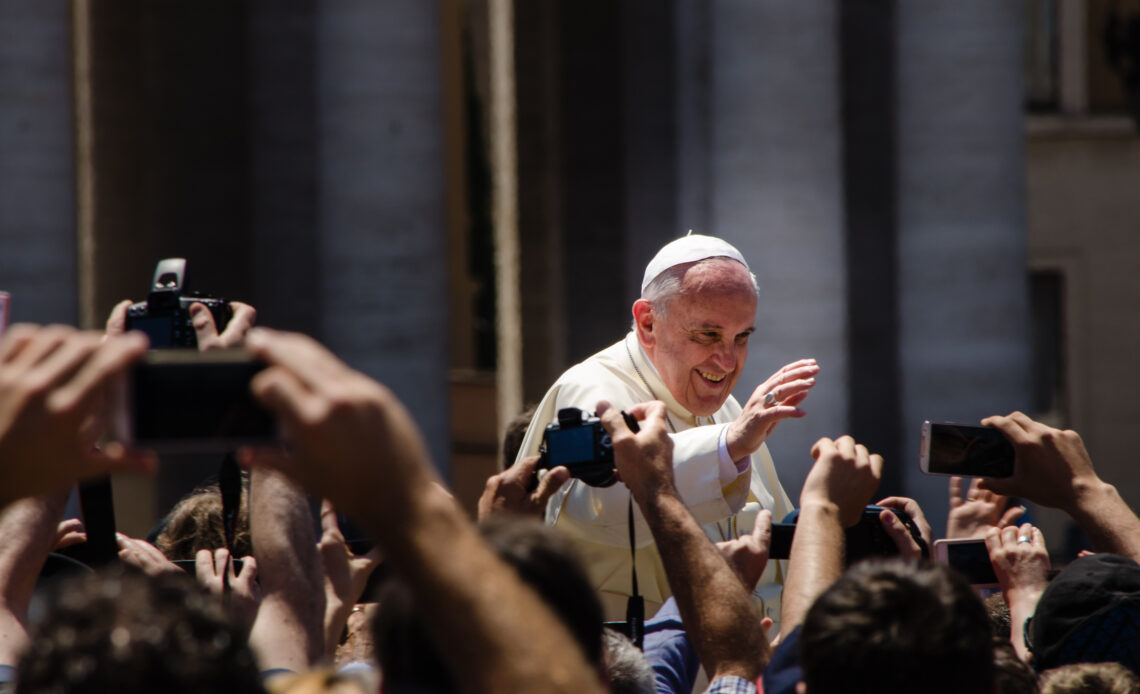 Vatican City State is the world’s smallest state, located entirely within the Italian capital, Rome. Covering 0.17 square miles (121 acres), Vatican City also has the smallest population of any country in the world, at roughly 800 inhabitants.

The Vatican is one of the most unique countries in that it is an elective ecclesiastical monarchy, with the Head of the Catholic Church, His Holiness Pope Francis, ruling as sovereign. It is the only state in the world located entirely in the city of another country. Pope Francis is the only leader in Europe that is an absolute monarch.

Article 1 of the Fundamental Law of Vatican City State codifies the Pope’s status: “The Supreme Pontiff, Sovereign of Vatican City, has the fullness of legislative, executive and judicial powers.” There are only a few other absolute monarchies in the world, including Saudi Arabia, Oman, Brunei, and Qatar.

Upon the death or resignation of the Pope, a conclave of cardinals gather to select the new leader of the Catholic Church, which is composed of roughly 1.3 billion people. This unusual voting process takes place inside the famed Sistine Chapel, which is within the Apostolic Palace – the official papal residence. White smoke coming from the chimney of the chapel signifies a new Pope has been selected while it is black if a new pope has not been chosen. Pope Francis has been the leader of the Catholic Church since the resignation of Pope Emeritus Benedict XVI in 2013. Pope Francis, who was born in Argentina, is the first pope from Latin America.

Apart from sovereign, The Pope holds many titles as Head of the Catholic Church: Supreme Pontiff of the Universal Church, Bishop of Rome, Vicar of Jesus Christ, Successor of the Prince of the Apostles, Primate of Italy, Archbishop and Metropolitan of the Roman Province, and Servant of the servants of God. Most of these are rarely used, though the title Supreme Pontiff (which means bridge builder in Latin) is commonly seen on papal buildings and statues throughout the Vatican.

Though the Catholic Church itself has existed for millennia, the Vatican City State was only founded as an independent state in 1929 by the Lateran Treaty. The Vatican maintains diplomatic relations with over 180 countries through the Holy See, a sovereign juridical entity under international law that acts as the governmental body of the Catholic Church. The Holy See’s embassies are located in Rome since the Vatican is so small, making it perhaps the only state in the world unable to host its own embassies.

The Vatican is not a member of the European Union and has no formal military since its defence is provided for by Italy. The personal protection of the Pope is handled by the famed Pontifical Swiss Guard, which was established in the early sixteenth century. The Swiss Guard also protects the Apostolic Palace, although Pope Francis elected in 2013 to live in the Vatican guesthouse, Domus Sanctae Marthae.

For more information on Vatican City and His Holiness Pope Francis, visit https://www.vaticanstate.va/it/.