Who is Tonga’s King Tupou VI? 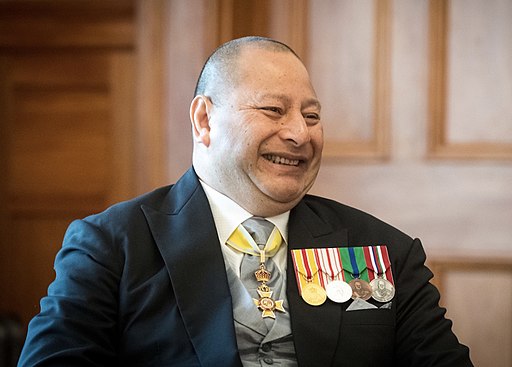 Tupou VI is the King of Tonga and has reigned since 2012. He is celebrating the 10th anniversary of his accession to the throne on 18 March, and we are taking a look at the Tongan monarch on the occasion.

He was educated in Tonga and the United Kingdom; he attended The Leys School and the University of East Anglia in the latter in the 1970s. He received a master’s degree in defence studies from the University of New South Wales in 1997 and in international relations in 1999 from Australia’s Bond University.

Like many monarchs across the globe, he also joined the military in 1982. He served in the naval forces of the Tonga Defence Services. He also attended the US Naval War College and graduated in 1988. In the 1990s, he served on a peacekeeping mission in Papua New Guinea.

After concluding his military career, he entered politics. He served as the defence minister and foreign minister from 1998 to 2004. He was also the Prime Minister from 2000 until he resigned, for unclear reasons, in 2006. His successor was Tonga’s first prime minister, who was not a royal or member of the aristocracy. By 2008 he was serving as the first High Commissioner to Australia until he became monarch. He also served as the Ambassador to Japan from 2010 until his accession to the throne.

Tupou VI married his second cousin Nanasipauʻu Tukuʻaho on 11 December 1982 in the Chapel Royal of the Royal Palace. They have three children together: Princess Lātūfuipeka Tukuʻaho (b. 1983), Crown Prince Tupoutoʻa ʻUlukalala (b. 1985) and Prince Ata (b. 1988). They also have four grandchildren.

Tupou VI’s father died on 10 September 2006 at the age of 88. He was succeeded by his eldest son, who became George Tupou. It was during George Tupou’s reign that Tonga went from being an absolute monarchy to a constitutional monarchy.

As the third son of a monarch, his chances of becoming king were slim at his birth. However, his brother, Prince Fatafehi ‘Alaivahamama’o Tuku’aho, died from a heart attack in 2004, and his eldest brother, George Tupou, had no legitimate issue.

George Tupou had a kidney removed due to a tumour in September 2011. He died in a Hong Kong hospital on 18 March 2012, and his only remaining brother immediately succeeded him.

After becoming Tupou VI, he did not have his coronation until 4 July 2015 in the Centenary Church in the Tongan capital.

His reign has been relatively calm; however, an eruption of the Hunga Tonga–Hunga Ha’apai submarine volcano in December 2021 caused a tsunami to hit Tonga and neighbouring countries like Fiji, American Samoa and Vanuatu. There was widespread damage on Atatā Island; Tonga recorded three deaths and 14 injuries.

As a result of the tsunami, King had to be evacuated from the Royal Palace on 15 January 2022, but he was able to return two days later.