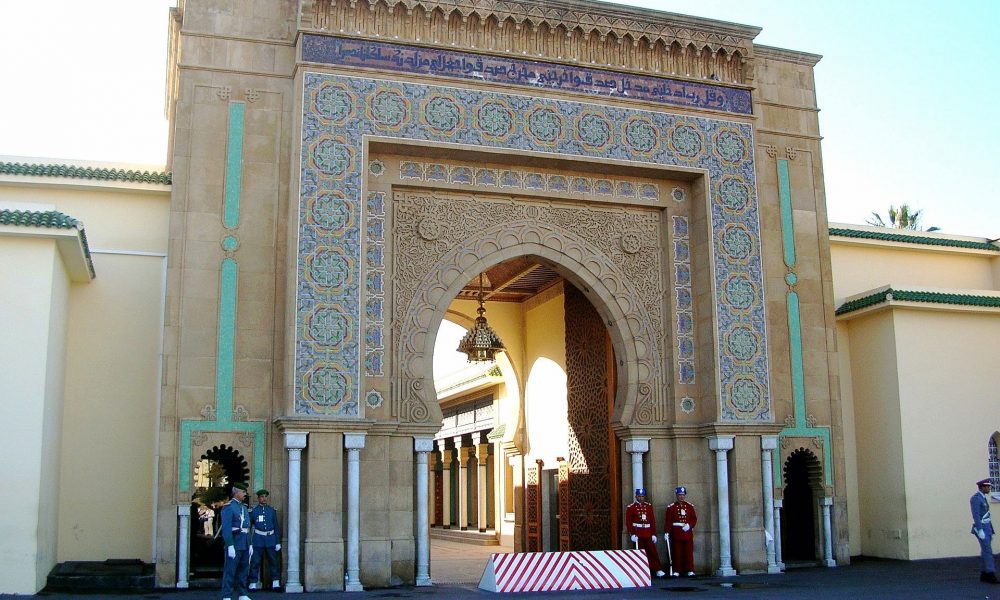 Located in the centre of Rabat, Morocco, the Dar al-Makhzen Palace, also called Palais Royal, is the official residence of His Majesty King Mohammed VI of Morocco and his family. It should not be confused with the Dar el Makhzen in Tangier, Morocco.

Alaouite sultans and kings have had a residence in the Moroccan capital since Muhammad al-Nafs al-Zakiyya reigned in the 700s.

The beautifully designed palace now standing was initially built in 1864 as a replacement for the old palace that had been built by Sultan Muhammad IV. It is situated on a parade ground called a mechouar which is used for large public gatherings. A mosque, accommodations for the Royal Guard, a cookery school, a ground floor library and the Collège Royal. The latter educates senior members of the Moroccan Royal Family. The library contains the manuscript collection of King Hassan II.

Immaculate gardens are on the ground of the palace, as well. These gardens were designed with both French and Arab influences.

Morocco began negotiations for its independence from France in 1956, and after independence had been declared, the Dar al-Makhzen Palace remained as the main and working palace for the King.

As the official home and working palace for the Moroccan Royal Family, it has played host to the wedding of King Mohammed to Salma Bennati (now Princess Lalla Salma); it was also the birthplace of the late King Hassan II who reigned from 1961 to his death in 1999. His son now reigns as King Mohammed VI.

Unlike many of its counterparts in Europe, Dar al-Makhzen Palace is not open to visitors. However, those who have been in Rabat have said that you can get decently close to the Palace before the guards begin to get uneasy and ask you to leave.