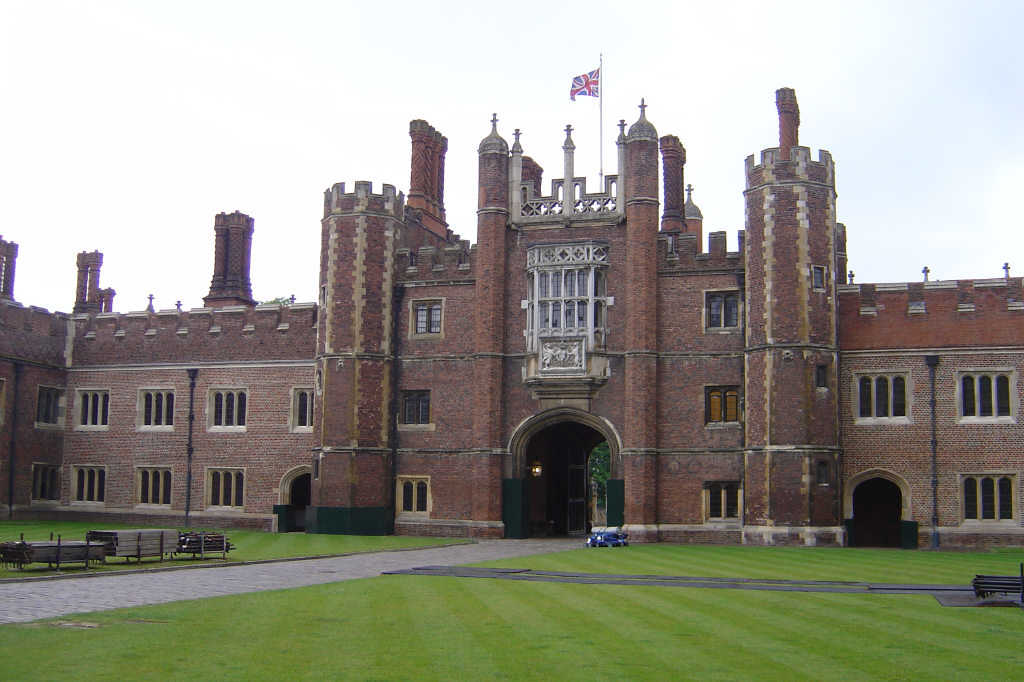 Hampton Court Palace is infamous as the setting for the tragic stories of Henry VIII’s six wives, so it’s no surprise that people have been reporting ghostly sightings there for hundreds of years.

Postcards with double-exposed photographs supposedly depicting the famous ghosts of Hampton Court were a trendy collector’s item in the early 1900s, and today (or at least pre-Covid), the legends have lived on through evening ghost tours at the palace.

For those of us missing out on in-person Halloween experiences, Historic Royal Palaces curator Lucy Worsley hosted a webcast this week to share the spookiest stories from Hampton Court, and ahead of Halloween, we’re taking a look at a few of our favourite haunted tales, too.

The ghost of Henry VIII’s third wife, Jane Seymour, is reported to be a sad one and it’s no wonder. Jane died on 24 October 1537, just 12 days after giving birth to Henry’s long-awaited male heir. She perished from post-birth complications (likely puerperal fever) after delivering Prince Edward, sending Henry into a downward spiral of grief for some time after.

On the anniversary of Edward’s birth, it’s said that a pale, sad woman wearing white and carrying a lighted candle appears on the palace’s Silverstick Stairs, which once led up to the room where Jane gave birth and died. She’s also been seen wandering the palace’s Clock Court, perhaps looking for her husband and son.

The ghost stories about Catherine Howard, Henry’s fifth wife, are a bit more famous; there’s even an entire corridor in the palace called the Haunted Gallery because of the frequent sightings of her specter.

When Catherine was arrested on the grounds of adultery and treason she ran screaming down the corridor now known as the Haunted Gallery, trying to find the King and beg for his forgiveness. She was dragged away by palace guards and never reached Henry or saw him again, and her ghost has been reported to make the same tragic journey down the gallery over and over.

Visitors to the palace often report feeling a strange, cold, or dizzy sensation in the room, and according to Historic Royal Palaces, two different women on separate tours fainted in exactly the same spot in the Haunted Gallery on the same day in 1999.

Ten years later, the Gallery was redecorated and according to ghost tour guide Sarah Slater, there are fewer people fainting and feeling dizzy in the room after the new wall hangings were put up. Lucy Worsley, a ghost skeptic, even said she admitted to experiencing “a feeling of coldness” in that room.

Back in 2003, a ghostly figure made international news when CCTV footage captured a rather unusual overnight happening at Hampton Court Palace.

On three nights in a row cameras recorded the same fire door near Clock Court being flung open. Security staff witnessed the door opening and no one there, but on the second night, a ghostly, cloaked figure in period dress steps out and then shuts the doors.

To this day no one has come up with an explanation for the events of those three nights in 2003. What do you think? A spooky prank, or a real ghost?

The Hampton Court Palace website has a special ghost trail you can use to search for clues on-site if you’re lucky enough to live nearby and visit for half-term; download it here.