The historic castle of Emperor Frederick 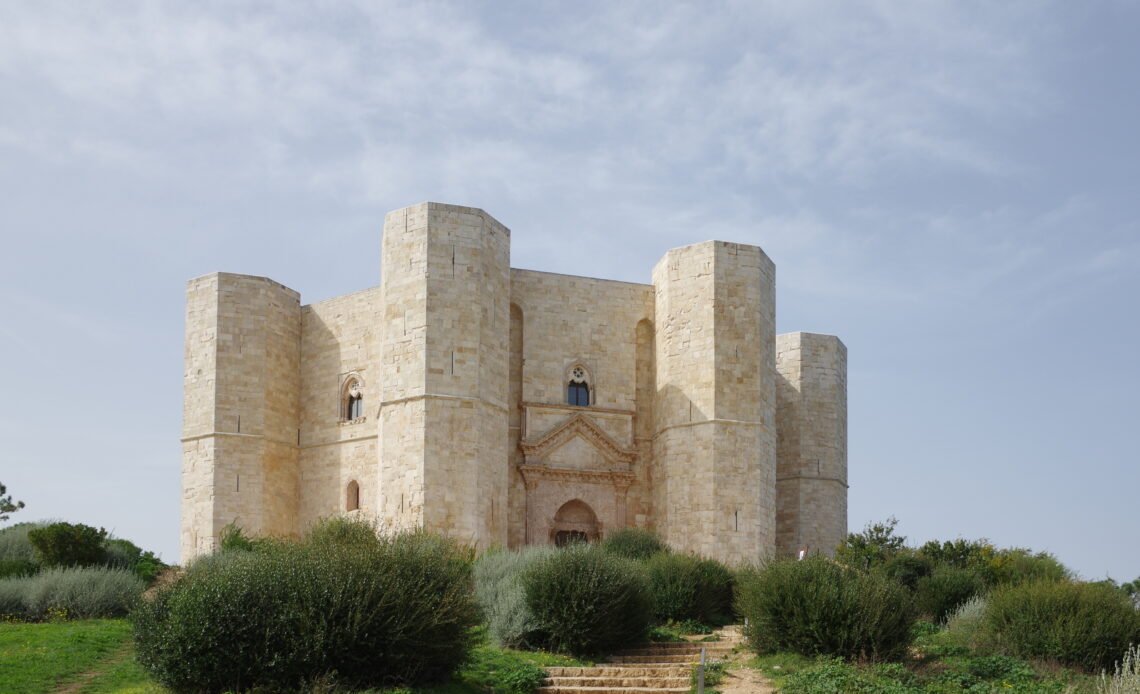 On top of a small hill in southern Italy is a completely unique building with a long royal history. Castel del Monte, Italian for “Castle of the Mountain,” is a 13th-century citadel situated by the village of Andria.

The history of this unique building started in the 1240s when King Frederick II inherited the lands from his mother Constance of Sicily. Frederick II was King of Sicily from 1198, King of Germany from 1212, King of Italy and Holy Roman Emperor from 1220 and King of Jerusalem from 1225.

The fortress is quite small and is an octagonal prism with an octagonal tower at each corner. The towers were originally some five metres higher than now, and they should have, perhaps, included a third floor. Both floors have eight rooms, and an eight-sided courtyard occupies the castle’s centre. The fortress has never been in battle.

It originally had a larger wall around it, but this has been removed. When the fortress’ starting position was weakened as a result of changes in the boundaries, the castle occasionally was used as a hunting lodge under King Manfred of Sicily. The castle became a state prison under Count Charles I of Anjou.

In the 18th century, the castle’s marbles and other ornamentation were looted from the castle. Members of the Royal House of Bourbon took the marble columns and window frames and reused them at their royal palace in Caserta.

After having been abandoned for a considerable length of time, the castle was purchased in 1876 from the Royal House of Bourbon for 25,000 lire by the Italian state, which began the restoration process in 1928. During the Allied occupation of WWII, the United States 15th Army Air Force headquartered a secret navigational aid station called Big Fence at the Castel.

The castle has, in the later decades by historians, been described as the most fascinating castle built by Frederick II. In 1996, Castel del Monte was named a World Heritage Site by UNESCO, which described it as “a unique masterpiece of medieval military architecture.”