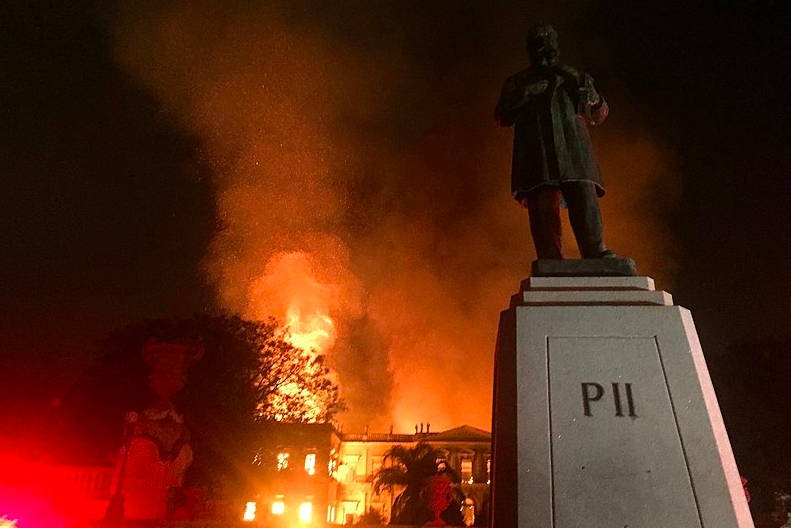 The former Brazilian Imperial Palace, Paço de São Cristóvão, is set to be restored after being destroyed by a large fire..

Located in Rio de Janeiro, the historic palace was largely destroyed by the blaze on 2 September 2018. At the time, the former royal residence was being used as a museum and housed the major part of the collections of the National Museum of Brazil. The building served as residence to the Portuguese Royal Family and later to the Brazilian Imperial Family. This was the case until 1889 when the country became a republic through a coup d’état deposing Emperor Pedro II.

This weekend, plans were unveiled to restore the building. The government believes that the palace restoration works can be completed by 2024. In some exciting news, the part of the castle that was used by the royals all those years ago will also be restored and brought back to the way it was when the family had to flee Brazil to go into exile. The royal apartments will be revived and used as a place where people can learn about the Brazilian monarchy and the imperial family.

In April of this year, the beginning of the restoration works on the facades and roofs of the historic block of the palace will start. The director of the Museum, Alexander Kellner, points out that the continuity of the reconstruction project requires more funds. The estimated total for the recovery of the facades and roofs alone is 379 million Brazilian real, about 57 million Euro.

To this date, approximately 245 million Brazilian real has been raised and a portion has been invested in the stages completed or in progress. In addition to using the federal funds, the Museum also seeks more partners in the private sector. Approximately 2,7 billion Brazilian real, about 410 million euros, will be invested in the preparation of the executive project, obtained thanks to a partnership between UNESCO, the Federal University of Rio de Janeiro and the Brazilian Cultural Institute.

After the declaration of Independence of Brazil in 1822, the palace became the residence of Emperor Pedro I. The remodelling and expansion of the palace continued from 1822 to 1847. After the marriage of Pedro I and Archduchess Maria Leopoldina of Austria in 1817, the Imperial couple resided in the palace. After the Proclamation of the Republic in 1889, the Imperial family left the country and the palace and its surrounding gardens became empty. Following the fire in 2018, one of the few known surviving major artifacts is the Bendegó meteorite. After the fire, a metallic roof covering 5,000-m² upper the debris was built.