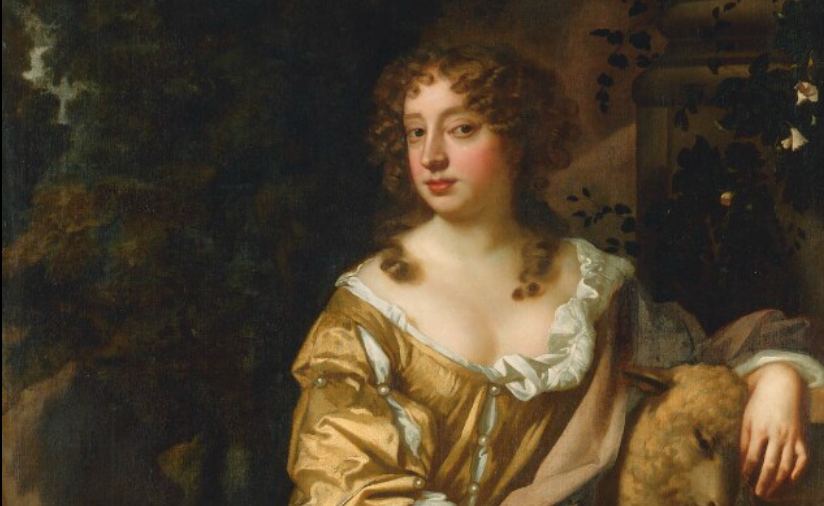 For the last millennium, royal mistresses have played a substantial role at court – given that most royals were not allowed to marry for love and instead served as strategic national alliances. So it makes sense that in many marriages, one or both partners would look elsewhere for their romantic relationships, and Charles II was no exception. He had at least seven different mistresses throughout his nearly 25-year reign, including English actress Nell Gwynn.

Historians think that Gwyn was born on 2 February 1650. She grew up with her mother in Covent Garden; it is thought that her mother ran a brothel. It isn’t clear whether or not Gwyn was a child prostitute, but she started acting at an early age. Restoration theatres were different from their Tudor and Stuart counterparts; prior to the Restoration, most female parts were played by boys and men. Charles II ushered in a new era of theatre where women took their place on the stage.

Gwyn was a well-known actress by 1665, but the London theatres were closed for the second half of 1665 and the first half of 1666 due to a plague outbreak. However, Gwyn was able to get a position in the King’s Company, which most likely performed for the King while he was staying in Oxford. In any case, in 1667, the Duke of Buckingham attempted to plant Gwyn as the King’s new mistress – she would be a far more sympathetic ally at court than his current mistress, Barbara Palmer.

Gwyn and the King didn’t actually begin their affair until 1668; they were both attending a play and flirted throughout the entire show. They quickly became a pair. She did continue to act, but much less frequently, and there were several month-long periods where it appeared she didn’t act at all. Being the King’s mistress was a boon for her career – the crowds packed the theatre to see the actress sleeping with the King. She went out for dinner with the King and his brother, and when neither had money to pay, she noted that “this is the poorest company I ever was in!”

Gwyn was known for being less demanding than the King’s other mistresses. However, she still managed to secure a mansion on Pall Mall and a title for the elder of her two sons with the King, the Duke of St. Albans. Charles kept both Louise de Keroualle, his French mistress, and Gwyn for several years, two very different women.

Upon his deathbed in 1685, he apparently said: “Let not poor Nelly starve,” and King James II paid most of her debts, paid off her mortgage, and gave her a pension of £1500 a year.

Gwyn died in November of 1687, almost three years after the King, most likely from complications due to syphilis. She was largely known as a shallow woman, but many people of her time and historians in later centuries have recognised her wit and intelligence.