Royal History Mystery: when did Henry VIII and Anne Boleyn get married? 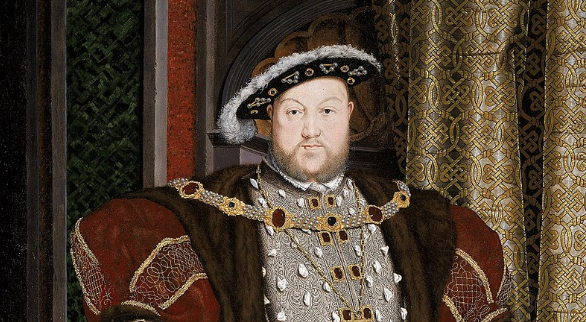 Today we’re looking at a royal history mystery involving, perhaps, the most controversial queen consort England ever had. When did Henry VIII and Anne Boleyn get married?

The story of Henry VIII and Anne Boleyn is long and convoluted and has been studied, dissected and theorized about for centuries. There are as many interpretations as there are scholars who study the history.

Suffice to say, Anne Boleyn came to the court of Henry VIII in 1522 and became one of the most prominent women there. By 1526, Henry VIII was thoroughly enamoured with her and began to pursue her, though Anne refused to become his mistress. They became engaged in 1527 but reportedly did not consummate their relationship until shortly before their marriage in 1532/1533.

Their relationship—and Henry VIII’s pursuit of an annulment from his wife, Catherine of Aragon—would drag out for seven long years and led to the English Reformation, England’s split from Rome, and Henry’s creation of a Church of England separate from papal authority. He would go on to dissolve the monasteries and convents and make himself Supreme Head of the Church of England. And it all began with his pursuit of n annulment from Catherine of Aragon.

Henry’s argument that his marriage to Catherine was invalid centred around her previous marriage to his older brother, Arthur, who had died soon after the wedding. Catherine always claimed the young couple had never consummated their marriage. However, Henry pursued the argument that his own marriage to Catherine was invalid as she had once been his brother’s wife. By the time he began to think of an annulment, it was clear that Catherine would have no more children while Henry wanted a male heir. And his pursuit of Anne Boleyn, who demanded marriage, was the leading cause of his desire to end his union with Catherine.

An annulment, after years of haranguing his cardinals and Rome, finally came in May 1533 after the Archbishop of Cantebury, Thomas Cranmer, declared Henry VIII’s marriage to Catherine illegal and that it had never been valid. Five days later, he declared that Henry VIII and Anne Boleyn were legally married, though the question was: when did they get married?

When Did Henry VIII and Anne Boleyn Get Married?

According to sources, Henry VIII and Anne Boleyn were married in secret in Dover on 14 November 1532 shortly after returning from Calais, France, to shore up support from the French king.

The chronicler Edward Hall wrote that, “The kyng, after his returne [from Calais] maried priuily[privily] the lady Anne Bulleyn on sainet Erkenwaldes daie, whiche mariage was kept so secrete, that very fewe knewe it, til she was greate with child, at Easter after.”

But after Anne became pregnant and the couple realised their wedding was considered unlawful, they married a second time in a second private ceremony in London on 25 January 1533.

Their only child, a daughter who would later reign as Elizabeth I, was born on 7 September 1533. Though they tried for a male heir throughout the marriage, Henry VIII did not get his long-hoped-for son and by 1536, Anne would lose her head from charges of treason, adultery, and incest while Henry VIII would begin courting his eventual third wife, Jane Seymour.