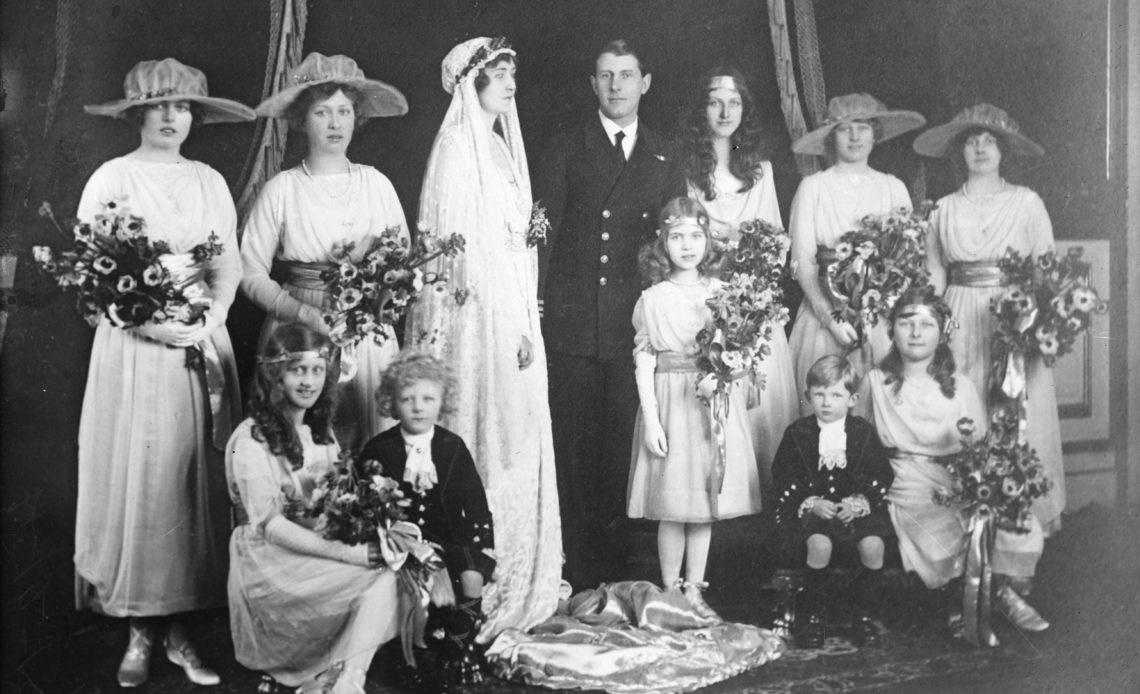 When Princess Patricia of Connaught, granddaughter of Queen Victoria, wed Alexander Ramsay in London in 1919, she more than made her mark. For not only had Patricia wed a man with no royal title.  She had given up her own HRH to become his wife.

Victoria Patricia Helena Elizabeth, second daughter of Victoria’s third son, the Duke of Connaught, walked into Westminster Abbey on February 27th 1919 as a princess with all the trappings that brought. She left just over an hour later as Lady Patricia Ramsey. The change was a personal choice. But then anyone who knew about Princess Patsy, as her family called her, was far from surprised. Patricia had been making her own rules from a very early age.

Like many a princess before her, she had spent her formative years being talked about as a possible wife for all kinds of royal husbands. Among those lined up as potential matches for her were King Alfonso XIII of Spain (who wed her cousin, Princess Eugenie of Battenberg) and the tragic Prince Royal of Portugal, Luis Filipe, who had been assassinated in 1908 just minutes after his father had been murdered. Rumours about a possible marriage with Grand Duke Michael of Russia reached such a fever pitch that royal denials had to be made while Patricia’s name was also linked to that of Prince Gustaf Adolf of Sweden who ended up married to her sister, Margaret. She showed no interest in any of them.

In fact, Patricia seemed disinclined to wed at all. While many of her cousins followed the traditional royal path and said ‘I do’ in their early twenties, Patsy was approaching 34 by the time she eventually picked a husband, a ripe old age for a royal bride. After years of speculation that her wedding would turn her into a queen or consort in waiting, Patricia instead accepted the proposal of Alexander Ramsey, the third son of the late Liberal politician, John, Earl of Dalhousie and his wife, Ida. Her intended was a naval man, involved in several major operations in World War One, and an aide-de-camp to Patsy’s father during part of his time as Governor General of Canada. The couple became engaged in Nova Scotia with their wedding set for London.

Their wedding would be the first big royal event since the end of the Great War in November 1918 and the brand new PR savvy House of Windsor, along with its groundbreaking bride, made sure it was an event the public could celebrate. Patricia chose Westminster Abbey as the venue for her marriage. Although a popular setting for royal weddings now, back in 1919 it was out of favour and hadn’t seen a set of regal nuptials for over 500 years. Princess Patricia became its first royal bride since 1382 when Anne of Bohemia had wed King Richard II in the ancient church.

But this was far from an old-fashioned marriage. The princess chose a modern and style setting wedding outfit, designed by Court Dressmakers Revill and Rossiter.  Patricia’s wedding dress was made of silk embroidered in silver and with a cloth of silver train covered in intricate embellishments including representations of lilies, raised from the surface of the fabric, and other floral decorations. The bride’s veil was held in place with a circlet of flowers.

Patricia was followed down the aisle by eight bridesmaids, including Princess Mary, the only daughter of George V and Queen Mary. Sharing her duties was Princess Ingrid of Sweden, the bride’s niece, who would later become Queen Consort of Denmark. The other bridesmaids included two of the daughters of the Marquess of Cambridge, Lady Victoria Mary and Lady Helena, and their cousin, Lady May Cambridge, all nieces of Queen Mary. Princess Maud of Fife also attended the bride alongside two of the groom’s nieces, Lady Ida Ramsey and Lady Jean Ramsey. The pageboys, who wore traditional Scottish dress including kilts, were Patricia’s nephew, the Earl of Macduff, and Alexander’s nephew, the Honourable Simon Ramsey.

Huge crowds turned out for every part of Princess Patricia’s wedding day. Even as she and her husband departed for their honeymoon, their route was still lined with wellwishers. The couple went on to have a son, Alexander, born on December 21st 1919 at Clarence House while Patricia, despite giving up her title, remained a hard working and popular member of the Royal Family. She died on January 21st 1974 and was laid to rest at the Royal Burial Ground at Frogmore, Windsor. It was a final regal setting for a princess who ripped up the rule book and who gave her up own title to marry for love.