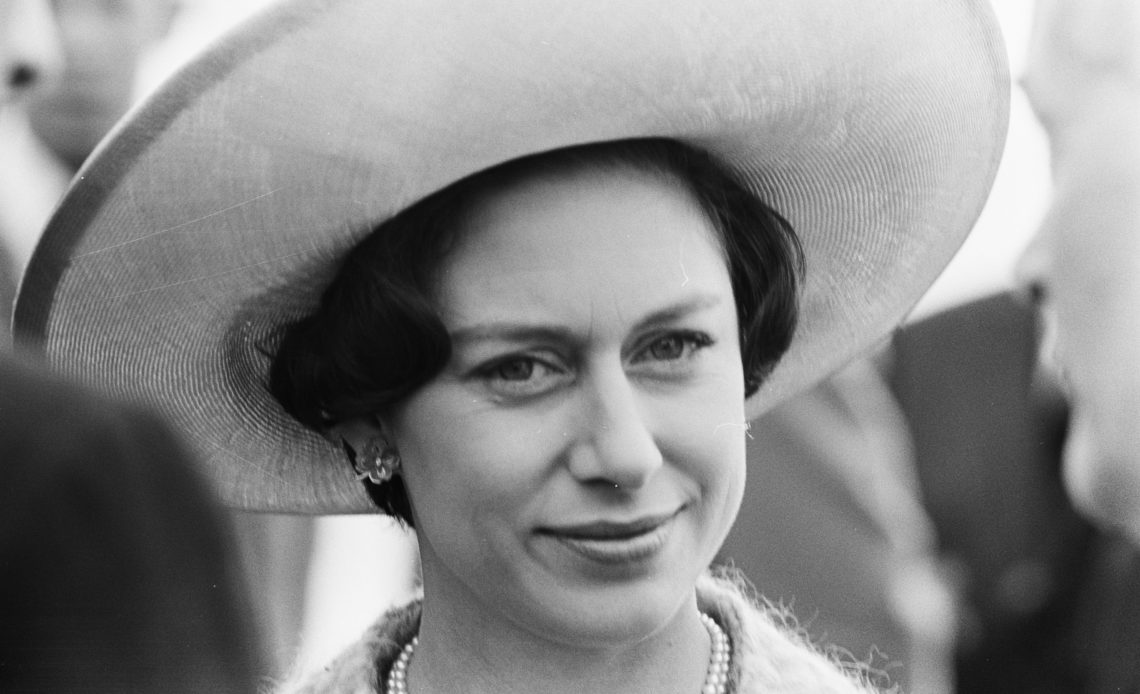 The gowns worn by royal bridesmaids can often be overlooked but the creations made for the attendants at Princess Margaret’s wedding in May 1960 had a very special meaning. For they were a link between the bride and her beloved father, who had died almost a decade before her marriage.

Margaret had turned to Norman Hartnell for her wedding ensemble and entrusted him with creating perfect confections for her eight bridesmaids as well.  The designer was more than ready for this close up, having been responsible for some of the most iconic outfits worn by the women of the House of Windsor in the past twenty years. Ever since his introduction to Margaret’s mother, Queen Elizabeth, The Queen Mother, he had been a firm favourite with The Firm. He had created the wedding gown Queen Elizabeth II as well as the historic dress she wore for her Coronation. In fact many of the outfits worn through the years of the Second World War and beyond had been his designs. And he’d had a hand in devising his concept of royal imagery from King George VI himself.

As Hartnell entered the gilded world of designing gowns for George’s consort and his daughter, the King gave him a nudge in the direction he believed he should take. He took the fashion supremo on a tour of some of the Winterhalter portraits hanging in his royal home. These paintings had brought to life a wide range of royal subjects during the 19th century and are renowned for their soft, almost ethereal quality. Here was how George VI, son of those PR supremos George V and Queen Mary, saw the core of the image needed by a royal house still reeling from the aftershock of the Abdication. Hartnell observed and obeyed. The results became legendary.

Among the outfits he created as he became the royal designer of the House of Windsor was a simple gown for Margaret. George VI thought it suited his daughter to perfection and it became a favourite of his. So when Hartnell began creating her bridal party’s outfits, he dusted down the design that had delighted her Dad and turned it into a picture perfect tribute for her bridesmaids to wear. The decision was discussed in a special broadcast by the Royal Collection Trust this week.

It was a sweet and poignant tribute to King George VI who had died in 1952. He and his family had been devoted to one another with the king famously labelling them ‘’Us Four’’. But that name was far more than a PR summation of the cosy image of togetherness he felt was integral to steadying the royal ship after the departure of Edward VIII. It was a heartfelt name that accurately described the closeness of a father, mother and their two daughters.

Not having her father at her side on this hugely important day in her life was a terrible sadness for Margaret although she walked into Westminster Abbey with the support of her brother-in-law, the Duke of Edinburgh. But behind her were eight attendants, including Princess Anne, in outfits that paid tribute to George VI.

The dresses themselves were full length with little collars featuring pale blue ribbon ties and short, puff sleeves while the tops also featured ribbon details. The skirts had flounces at the hem and were trimmed with vertical lines of the same pale blue ribbon. To complement the bridal party, the Queen wore a full length gown in the same shade of baby blue.

It was a poignant touch to a special day at a wedding which brought London to a standstill and which transfixed TV audiences. But while all eyes were on the bride, part of her thoughts were with the father who she kept close by with this special tribute.