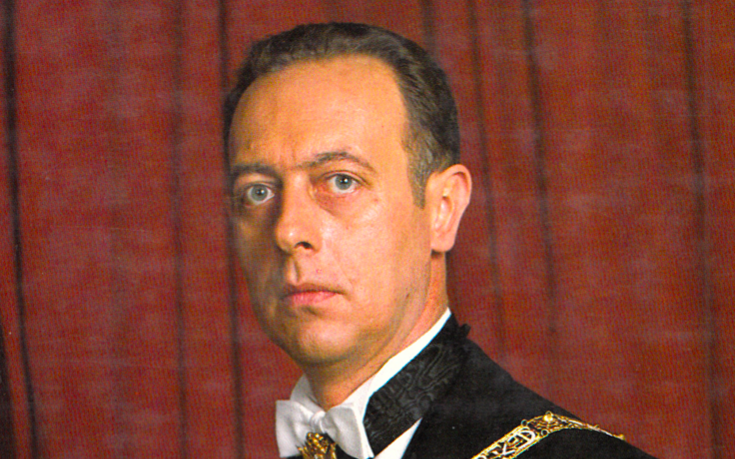 The House of Savoy has announced the death of Prince Amedeo, Duke of Aosta. The Duke underwent surgery on May 27 and died from a cardiac arrest earlier this morning in Arezzo. He is survived by his second wife, Silvia, and his three children from his first marriage: Prince Aimone, Princess Bianca, and Princess Mafalda. He divorced his first wife, Princess Claude of Orleans, on April 26, 1982. Princess Claude is the daughter of Henri, Count of Paris, a claimant to the French throne. Prince Amedeo and Princess Claude were able to receive an annulment from the Catholic Church in January 1987. The same year, he married Silvia Paternò di Spedalotto, daughter of an Italian nobleman, the 6th Marchese di Reggiovanni.

Prince Amedeo was born in Florence, Italy on September 27, 1943, the only child of Prince Aimone, Duke of Spoleto, and Princess Irene of Greece and Denmark. Prince Aimone was briefly appointed King of Croatia by King Victor Emmanuel III of Italy, though he never resided there. Prince Amedeo studied in Italy, attending Francesco Morosini Naval Military School and the Naval Academy at Livorno, where he graduated as a naval officer with Italy’s Navy. Known throughout Italy for this wine company, he is best known for the dynastic rivalry he had with his third cousin, Vittorio Emanuele.

In July 2006, Amedeo declared himself Duke of Savoy and Head of the House of Savoy, a claim that was vigorously disputed by Vittorio Emanuele, Prince of Naples. As a result, the Prince of Naples took Prince Amedeo to court to forbid Amedeo’s use of the title Duke of Savoy. The court ruled in favor of Vittorio Emanuele. Prince Amedeo was ordered to pay thousands of euros to his cousins and cease using the ducal title. Prince Amedeo maintained he was the rightful Head of the House of Savoy until his death.

Their rivalry reached a low point in May 2004, at a party held at Zarzuela Palace to celebrate the nuptials of the Prince of Asturias. Vittorio Emanuele allegedly punched Prince Amedeo in the face. Prince Amedeo fell backward down the stairs. Queen Anne-Marie of Greece was nearby and helped stop the bleeding while they waited for first aid. King Juan Carlos was furious at his cousins lack of decorum.

Apart from his dynastic activities, Prince Amedeo and his second wife had a wine company called Vini Savoia Aosta. Amedeo was appointed a Knight of the Supreme Order of the Most Holy Annunciation as well as Knight of Honor of the Sovereign Military Order of St. John of Jerusalem.