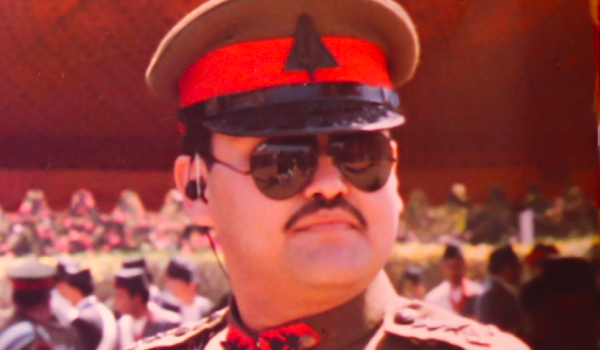 On June 1 2001, The Royal Family of Nepal were massacred by the country’s heir to the throne.

The King and Queen were among those to have been shot dead after Crown Prince Dipendra went on a shooting rampage at the Narayanhity Royal Palace.

He killed nine members of The Royal Family before turning the gun on himself and entering a coma.

Whilst in a comatose state, Dipendra was declared King of Nepal. However, he died from his injuries three days later.

Other victims of the massacre included three of the King’s children, his two sisters and the King’s brother-in-law.

Dipendra’s motive for the murders is unknown to this day, but there are a number of theories.

The most cited possible motive is over a dispute the Crown Prince had with his mother over the woman he wanted to marry.

Dipendra wanted to wed Devyani Rana, a woman who he had met in the United Kingdom.

However, is is alleged that his mother objected to this and had already chosen a prospective bride for her son.

Although she had no constitutional power to do so, it was widely reported at the time that Queen Aishwarya threatened to remove her son from the line of succession if he went ahead with the marriage.

The murders were the worst mass killing of royalty since the Romanovs were executed in 1918 during the Russian Revolution.

After Dipendra died from his injuries on June 4, Prince Gyanendra became King of Nepal for the second time, after previously reigning for a short period in the early 1950s.

Gyanendra would become the last King of Nepal after the country overwhelmingly voted to abolish the monarchy in 2008.