Louise: a royal name with a history of its own 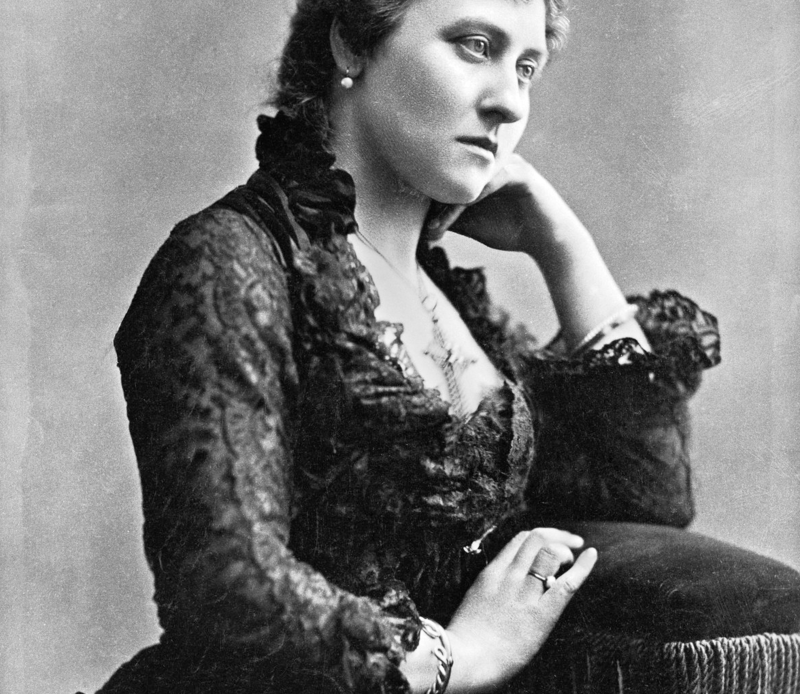 As Lady Louise celebrates her 18th birthday today, let’s take a look at past members of the Royal Family who shared this name and discover the unique lives each woman led.

Louisa Caroline Alberta, the fourth daughter and sixth child of Queen Victoria and Prince Albert, led one of the most colourful royal lives.

Born 18 March 1848 as the daughter of the sovereign, Louise would also serve as the vice-regal consort of Canada when her husband served as Governor General, and devoted her public causes to the arts, higher education for women, and feminist causes—radical issues for the time.

Princess Louise was 13 when her father died of typhoid fever, and her mother’s court was plunged into semi-permanent mourning. As she grew, she became a sort of secretary for her mother while also focusing on her art.

She did not wish to marry a prince and made her feelings well-known on the subject. Instead, she announced that she wished to marry John Campbell, the eventual 9th Duke of Argyll, and the couple were married on 21 March 1871. They did not have children.

In 1878, John was appointed Governor General of Canada by his mother-in-law, and the couple sailed over to their new home. Louise was terribly homesick for the UK but focused her public work on advancing feminist causes, education, and the arts while in Canada. She left the country permanently in 1883 but continued to be kept abreast of what was happening.

For her contribution to Canadian society, the province of Alberta was named after her in 1905 (her middle name), and Lake Louise and Mount Alberta are also named in her honour.

In her later years, she continued with her royal work, but often as an outsider as she didn’t get along with her siblings, including her older brother and future king, Edward VII. When he ascended, she found herself on the outskirts of his social circle.

Louise and John were estranged for a period, but they reconciled, and Louise nursed him through his final illness. John succumbed to bronchial issues on 2 May 1914, and Louise had a nervous breakdown.

She became reclusive and only carried out a few public engagements following her husband’s death; she lived at Kensington Palace during this time, living next door to her younger sister, Princess Beatrice. She died at the age of 91 on 3 December 1939, and her ashes were buried at the Royal Burial Ground at Frogmore the following month.

The eldest daughter of King Edward VII and Queen Alexandra, Louise, Princess Royal was a low-key member of the Royal Family.

Born Louise Victoria Alexandra Dagmar on 20 February 1867, she spent much of her childhood at Sandringham and was privately tutored alongside her sisters, Maud (later Queen Maud of Norway) and Victoria. She married Alexander Duff, 6th Earl Fife, on 27 July 1889 and had three children.

Upon their wedding, Louise’s grandmother, Queen Victoria, created Alexander Duke of Fife and Marquess of Macduff. In 1905, Louise was created Princess Royal by her father, by then King Edward VII and her daughters were granted the style ‘Princess’ making them Princess Maud and Princess Alexandra.

In an unusual twist for a member of the Royal Family, in 1911, Louise and her family were shipwrecked on their way to Egypt off the coast of Morocco. They were rescued, though her husband fell ill with pleurisy afterwards—likely an aftereffect of the shipwreck—and he died in 1912. Their oldest daughter, Princess Alexandra, became Duchess of Fife in her own right.

Louise became reclusive after Alexander’s death and only occasionally carried out royal duties with her mother, Queen Alexandra, or her sister Princess Victoria. She lived with heart disease in her final years and passed away on 4 January 1931 and was interred at the Private Chapel at Mar Lodge in Aberdeenshire.

Princess Marie Louise, the granddaughter of Queen Victoria, was a witness to history in her lifetime.

Born 12 August 1872 as Princess Franziska Josepha Louise Augusta Marie Christina Helena, she was the daughter of Prince Christian of Schleswig-Holstein-Sonderburg-Augustenburg and Princess Helena of the United Kingdom, the daughter of Queen Victoria.

The family lived in the United Kingdom, and Louise was granted the style of Princess to use. She married for the first and only time in 1891 to Prince Aribert of Anhalt. Their marriage was annulled on 13 December 1900, with contemporary sources unclear as to the reason. Louise never remarried and never had children.

Louise carried out royal engagements related to the arts, craftsmanship, and nursing and was devoted to her local Scouts unit, which bears her name to this day: 4th Streatham Sea Scout Group (Princess Marie Louise’s Own).

She died on 8 December 1956 and is buried at the Royal Burial Ground at Frogmore.