All Fine on the Day: a look at past royal weddings which have turned out well despite problems 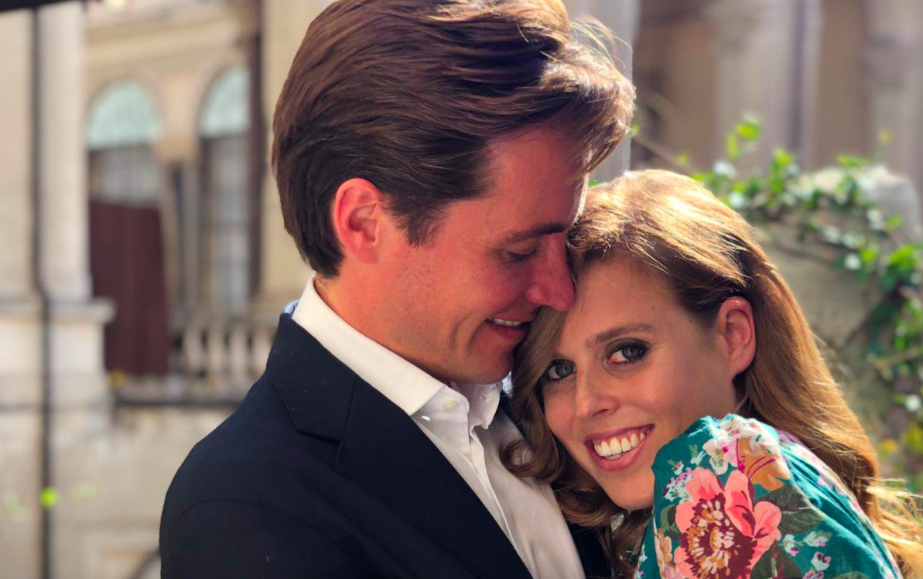 On the day Princess Beatrice was supposed to marry her fiancé Edoardo Mapelli Mozzi, Jane Dismore takes a look back at other royal weddings which faced problems, but turned out fine in the end.

Being part of a royal family may be a privilege but it does not protect its members from the worries and woes that beset everyone else.

Weddings are famously fraught with difficulties, as Princess Beatrice and Edoardo Mapelli Mozzi, are discovering. Perhaps they can take comfort from the fact that other royal nuptials have faced problems in the past, yet everything has turned out fine.

The wedding of Prince Henry 85 years ago was very different to what had been planned. Prince Henry, Duke of Gloucester, married Alice Douglas Montagu Scott on 6 November 1935.  Alice was the daughter of the Duke of Buccleuch and Queensbury, an old friend of George V.  Unusually for those days, at nearly 34-years-old, the lovely Alice was not a young bride but she had enjoyed an interesting life: an excellent horsewoman and talented artist, she had travelled extensively. King George and Queen Mary were delighted at the union, not least because Henry had caused them much angst with his previous romantic entanglement, with the stunning – and married – Beryl Markham, whom he had met on safari in Kenya.

After a short engagement, announced in August, arrangements were made for a state wedding in Westminster Abbey. Around 2000 guests were expected to be invited to the pre-wedding evening party at Buckingham Palace, as was the case for the Duke of Kent’s wedding the previous year, with another party afterwards to view the presents.

Norman Hartnell designed the bridesmaid’s dresses, in long, Kate Greenaway-style.  Princess Elizabeth and Princess Margaret, aged nine and five, were to be two of the eight attendants, and their fond grandfather ordered Hartnell to shorten their dresses so he could see ‘their pretty little knees’. Everything was a buzz of excited anticipation.

And then on 19 October, just over two weeks before the wedding, Alice’s father died. The cancer from which he had been suffering had taken its toll.  Amid the grief, also felt keenly by George V, it was decided to proceed with the wedding but on a more modest scale.  Instead of the grandeur of Westminster Abbey, which was now considered inappropriate, it was held in the private chapel of Buckingham Palace. Wedding invitations were cancelled and limited to family and the necessary dignitaries. In place of her father to give her away, Alice’s brother, now the Duke of Buccleuch, performed that role. With the King himself also in poor health (he would die two months later), the smaller venue was actually beneficial to him and the service, conducted by the Archbishop of Canterbury, was as rich and moving as it would have been in the Abbey. No doubt the little princesses were relieved that their role was to be performed as practised, wearing their lovely dresses, and with less distance to walk.

The scaling down of the event made no difference to the enthusiasm of the public.  Tens of thousands waited for hours near the Palace and the bride’s house, from where they saw her leave in a glass coach. Although on this occasion there were no cavalcades of cars to watch, carrying the rich and famous, the crowds cheered as the newly-weds appeared on the balcony and lined the streets all the way to St Pancras Station, from where they left on their honeymoon. ‘Now all the children are married but David [then Prince of Wales],’ the King wrote in his diary that night.

The King of course did not live to see David’s wedding, which took place in France in 1937, by which time the country had experienced the crisis of the abdication. As a masterstroke of insensitivity, the Duke of Windsor (as he was by then), chose his late father’s birthday, 3 June, for his marriage to Wallis Simpson. No-one from the royal family attended; he was said to be hurt that his brothers were not there. Perhaps Bertie, now George VI, reflected on his own wedding to Elizabeth Bowes Lyon in April 1923, in Westminster Abbey, when he was Duke of York, which had gone smoothly.

They did not know that dramas were happening at the same time in her wider family, with a court case for legitimacy being brought against one of her cousins and the tragic death of another. On the wedding morning  Elizabeth recorded  that she ‘did not feel very nervous’ but as Bertie had proposed three times before she accepted, he may have felt differently. At Glamis on their honeymoon she caught whooping cough: ‘So unromantic,’ Bertie wrote to his mother.  The couple remained devoted to each other until his death in 1952.

Their daughter Princess Elizabeth and Prince Philip had had first encountered each other (although she did not remember) at the 1934 wedding of her uncle, Prince Michael, the Duke of Kent, where she was a bridesmaid. In marrying Princess Marina of Greece, which was a happy union, the Duke pleased his parents, for he too had had a series of unsuitable attachments, including with heiress Poppy Baring, causing much argument.

Princess Elizabeth had little dramas on the morning of her wedding in November 1947, with bouquets going missing and tiaras breaking, while her fiancé was admitting his nerves to his cousin. In 2017 they celebrated their 70th wedding anniversary.

Whatever happens, a wedding is for a day: a marriage is for life.

All are available from Amazon or direct from the publishers.  You can also buy a signed copy direct from Jane. Details on her website: www.janedismore.com