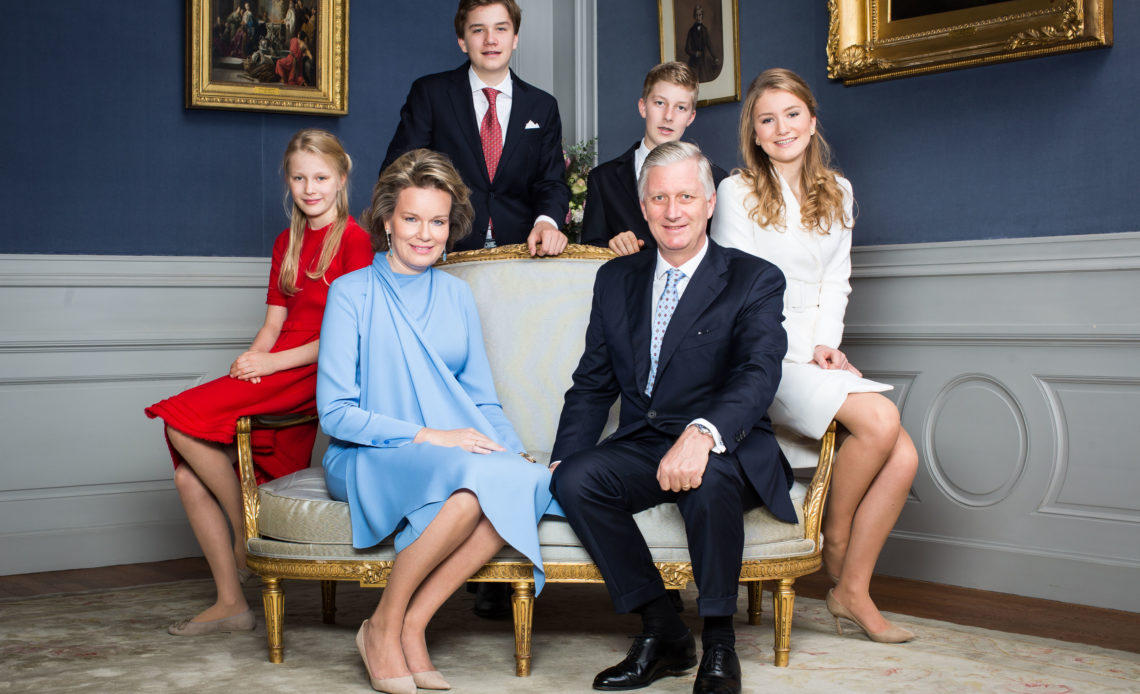 The diamond is the birthstone of April. That most sparkling of gems features in many royal collections and today, Royal Central is looking at some of the Belgian Royal Family’s best diamonds.

The Brabant Laurel Wreath Tiara was presented to Queen Mathilde on her wedding day in 1999—when she became the Duchess of Brabant—by a group of Belgian nobles. Unlike other Belgian tiaras, this belongs personally to Queen Mathilde; and for the years that she was the wife of the heir, it was the only tiara she had at her disposal.

Created in 1912 by English jewellers Hennel & Sons, the Brabant Laurel Wreath tiara is created with 631 diamonds and can be converted into a necklace when removed from its base.

The Nine Provinces Tiara is one of the largest in the Belgian Royal Family’s collection and is reserved for the queen’s usage. Given to Princess—later Queen—Astrid on her wedding day in 1926, this tiara features over 100 carats in diamonds.

Initially, it was a meander-style tiara with large diamonds jutting out from the top on spikes to represent the nine provinces of Belgium and the then-Belgian Congo; but Queen Astrid had it remodelled with diamond arches to enclose the open spaces.

After Queen Astrid died and her husband remarried, the tiara went unworn (though Princess Lillian, who was never styled as queen wore parts of the jewellery set that accompanied the tiara) until Queen Fabiola wore it on her wedding day in 1961.

One of Queen Paola’s most-worn tiaras, the Queen Elisabeth Diamond Bandeau is a diamond-interlocking tiara that can be converted into a necklace (worn as a choker) and has been worn by Belgian queens for decades. The interlocking diamonds create a series of ‘E’s in their design (aptly for Queen Elisabeth of Belgium).

Queen Paola, upon her marriage in 1959, became the principal wearer of this tiara, and continues to be so to this day, though she has loaned it out for weddings—most notably to her daughter-in-law Mathilde in 1999.

Princess Claire started wearing a second diamond-and-pearl tiara, in a fleur-de-lys pattern, around 2010 and has since been photographed in it on more occasions. Debuting at the wedding of Crown Princess Victoria and Prince Daniel, its provenance is currently unknown. The diamonds are fashioned in scrolls and posts while the pearls top the tiara.