Two Queens join forces in the fight against neurodegenerative diseases 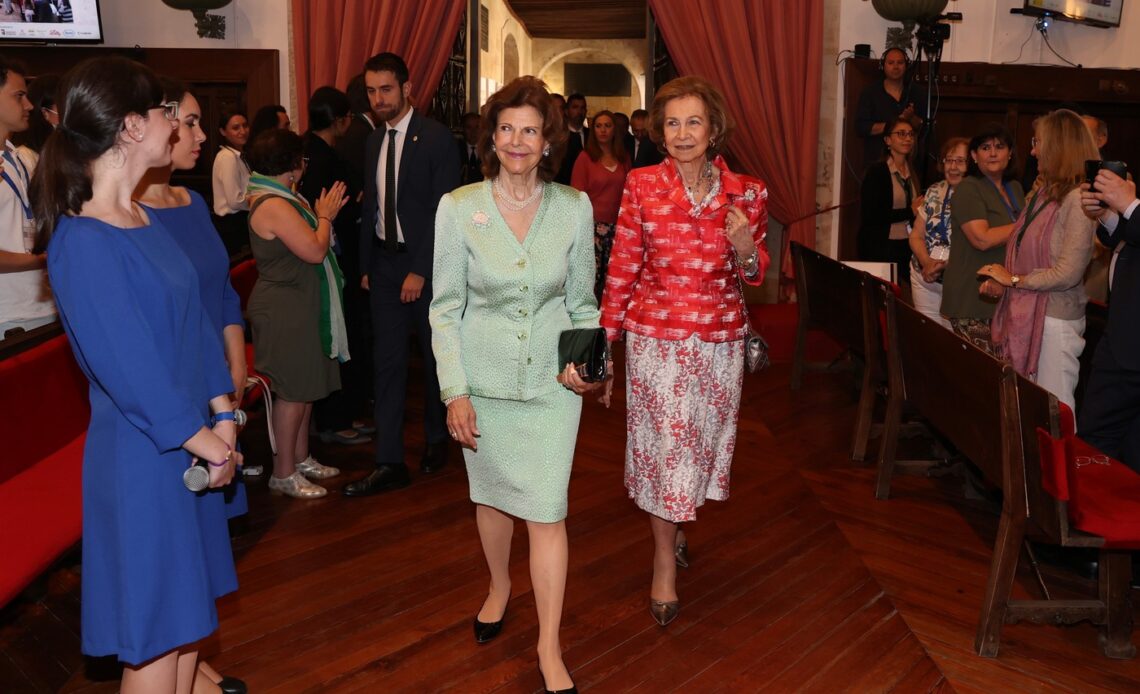 Two queens, one still on the throne, one emerita, and a common cause. Queen Silvia of Sweden and Queen Sofía of Spain have joined forces in Salamanca for the Global Summit Neuro.

Upon arrival, both Queens were welcomed by many authorities, including the Government Delegate in the Castilla y León Autonomic Province, the Mayor of Salamanca, the Undersecretary of Health and the Dean of Salamanca University.

Following all the welcoming speeches, Queen Sofía declared the welcoming session closed, and the two Queens took their places in the first row of the conference room to listen to the first session of the summit, which featured interventions from a few scientists in the field of research on neurodegenerative diseases, including 2013 Nobel laureate Thomas Sudhof.

It was then time for Queen Silvia and Queen Sofía to be given a tour of the exhibition connected to the summit, which illustrates the latest findings in both the illnesses and potential palliative care or cures.

The two Queens then met with representatives of associations of families of people who suffer from neurodegenerative disease, an initiative promoted by the Reina Sofía Foundation, which is celebrating this year its 45th anniversary.

The last event of the morning was a preview showing of the commemorative stamps that will be issued on the 21st21st Septemberld Alzheimer’s Day.

In the afternoon, Queen Silvia and Queen Sofía visited the Salamanca University Library and Incunabula Room, before moving to Liceo Theatre, where they listened to a concert organised in honour of the summit. Both Queens wore shades of blue, as it is the colour of the summit; for the concert, Queen Silvia seemed to re-wear the dress she wore at Princess Leonore’s christening in 2014.

In her role as President of the Foundation, Queen Sofía took part in the “Dementia Forum X” in Stockholm in 2019, together with Queen Silvia and Princess Sofia of Sweden and Princess Takamado of Japan.

Queen Silvia created Silviahemmet in 1996, a foundation that aims at training professionals to take care of patients diagnosed with dementia and/or neurodegenerative diseases and actively takes part in the organisation’s many activities.