Taking a look at Villa Solbacken 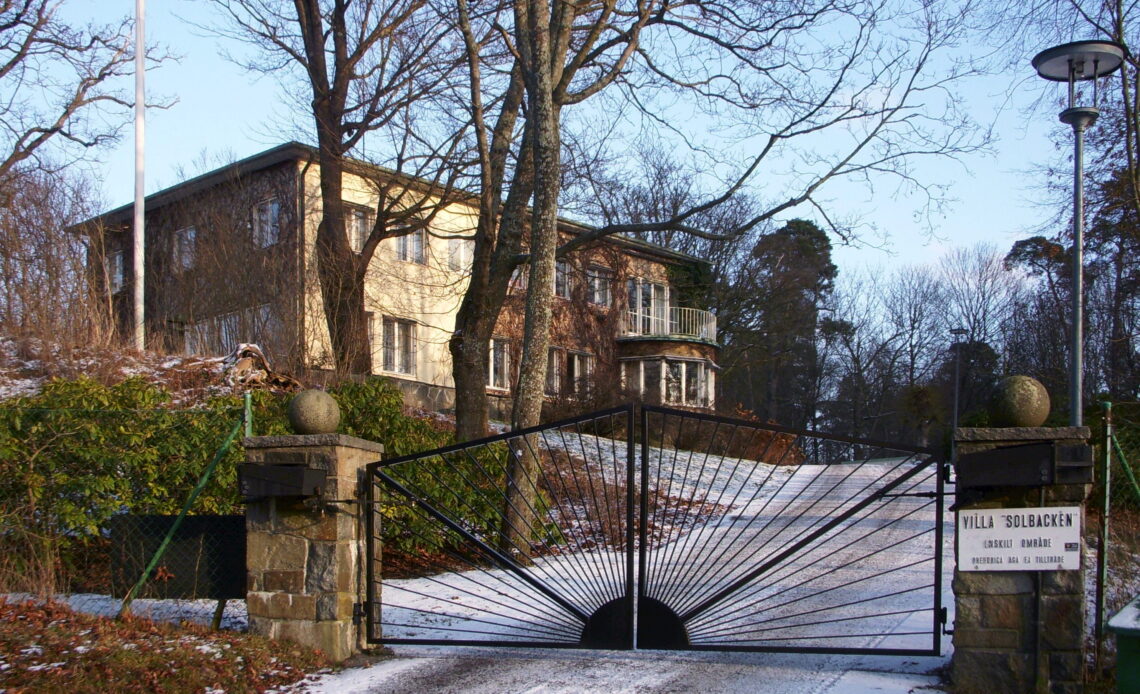 Prince Carl Philip and Princess Sofia of Sweden’s home, Villa Solbacken, is a beautiful estate located along the outskirts of the Kungliga Djurgården (“Royal Game Park”) in Stockholm. Djurgården has been owned the Swedish Royal Family since the 15th century. It originally served as the royals’ hunting grounds but is home to many attractions today. Villa Solbacken is protected from the popular area due to its location on a hill, with no other homes in the immediate area.

Villa Solbacken was built by the architect Ragnar Hjorth in 1930. Nine years later, Prince Carl Philip’s great-uncle and godparent, Prince Bertil, Duke of Halland, purchased the home. Prince Bertil lived there with his wife, Princess Lilian. Bertil and Lilian never had children of their own, and Carl Philip’s paternal grandparents passed away before he was born. For these reasons, Bertil and Lilian were particularly close with Carl Philip and his sisters. When Bertil died in 1997, he passed the home on to Carl Philip, with the stipulation that Lilian continue to live there for the remainder of her life. Lilian passed away in 2013, and Villa Solbacken remained untouched for some time.

In 2014, it was announced that the two-story home would undergo extensive renovations in preparation to become the newly-engaged Carl Philip and Sofia’s marital home.  During the remodelling, builders found asbestos throughout the home. As a result, the couples’ original plan was stalled.  They moved into Rosendal Palace, also located on Djurgården until renovations to Villa Solbacken were finally completed in 2017.

In its present state, the home appears to be modest, by royal standards. Expressen reports that the house is around 250 square meters or 2600 square feet. The main level includes a kitchen, dining room, and lounges that would serve as the primary entertainment areas. The upstairs comprises four bedrooms, a children’s bathroom, and a private living area for the family’s personal use.

It is a special privilege for Prince Carl Philip to raise his three sons in the same house that belonged to his beloved great-uncle.