Taking a look at Drottningholm Palace 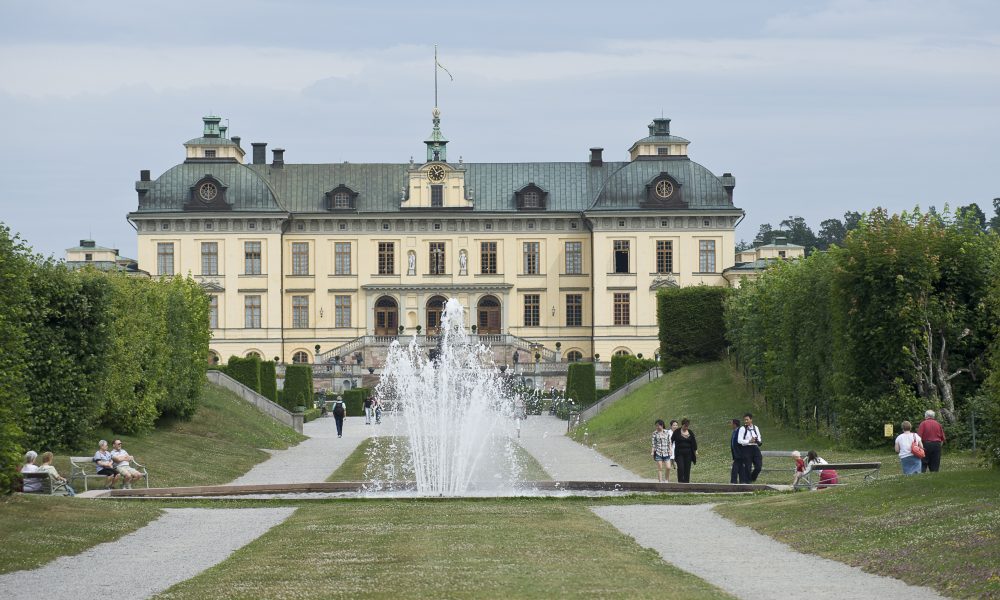 The private residence of the Swedish Royal Family, Drottningholm Palace, was built in the 1600s and is listed on UNESCO’s World Heritage list. The Swedish Monarchy says that it is the “most well-preserved royal castle built in the 1600s in Sweden and at the same time is representative of all European architecture for the period.” It has been the family’s private home since 1981 and is guarded by Swedish military officers.

Drottningholm Palace, located on an island in Lake Mälar, was influenced by French architecture; it was built by the architect Nicodemus Tessin the Elder at the request of Queen Hedvig Eleonora. Since then, other royals have left their mark on the palace with the ever-changing styles throughout history with Queen Lovisa Ulrika and King Gustav III as two of the most prominent. For example, Gustav had a series of rooms decorated for him in the 1700s with one room Chinese Salon that featured the popular trend of the time, chinoiserie.

Often, the palace was used for hunting during the reigns of  Charles XI and Charles XII and was the summer residence of Hedvig Eleonora until her death. By the 18th century, it had become the regular summer home of the Swedish royals. The interior design was changed to reflect the French rococo style by Queen Louisa Ulrika; she was also the mastermind behind the construction of the palace theatre.

The first monarch of the Bernadotte dynasty, Charles XIV John in the 19th century elected to abandon the home as he felt it was a symbol of the previous ruling dynasty. However, it was during this period that Drottningholm Palace was opened to the public where people would picnic in the gardens. King Oscar I had repairs and refurbishment done for the palace in 1846 and would later use it for public celebrations. He faced heavy criticism for modernising the estate. By 1907, another renovation took place to change Drottningholm back to the original.

Drottningholm Palace contains a Chinese Pavilion pleasure palace, theatre, palace gardens, chapel, museum, and different exhibits that are all open for the public to see year-round with the exception of Christmas Eve, Christmas Day and Boxing Day. Only the rooms in the southern wing are closed to the public as they are the private home of His Majesty King Carl XVI Gustaf and Queen Silvia.

The Chinese Pavilion was built in the mid-1700s with Chinese influences. The initial building was torn down and rebuilt, and this is the current pavilion visitors can see. Drottningholm Palace’s theatre is an opera house that is still in use.

The Museum De Vries contains the largest collection of  Dutch sculptor Adriaen de Vries’ work in the world. Visitors can see the unique sculptures of the Dutch artists. Visitors can also take a walk in the immaculate gardens surrounding the palace with sculptures and fountains created by de Vries; the gardens have been in place since the reign of King Johan III.

Drottningholm Palace’s Royal Chapel has been the host to many royal christenings throughout the years including the christening of Princes Alexander and Gabriel in 2016 and 2017 and Princess Lenore and Prince Nicolas in 2014 and 2015, respectively. Princess Adrienne was christened in the church in 2018. The Royal Chapel is over 250 years old and is currently used by the Lovö parish with high Mass taking place on the last Sunday of every month.

For the opening hours, tours and more information regarding visiting Drottningholm Palace, please visit their website.