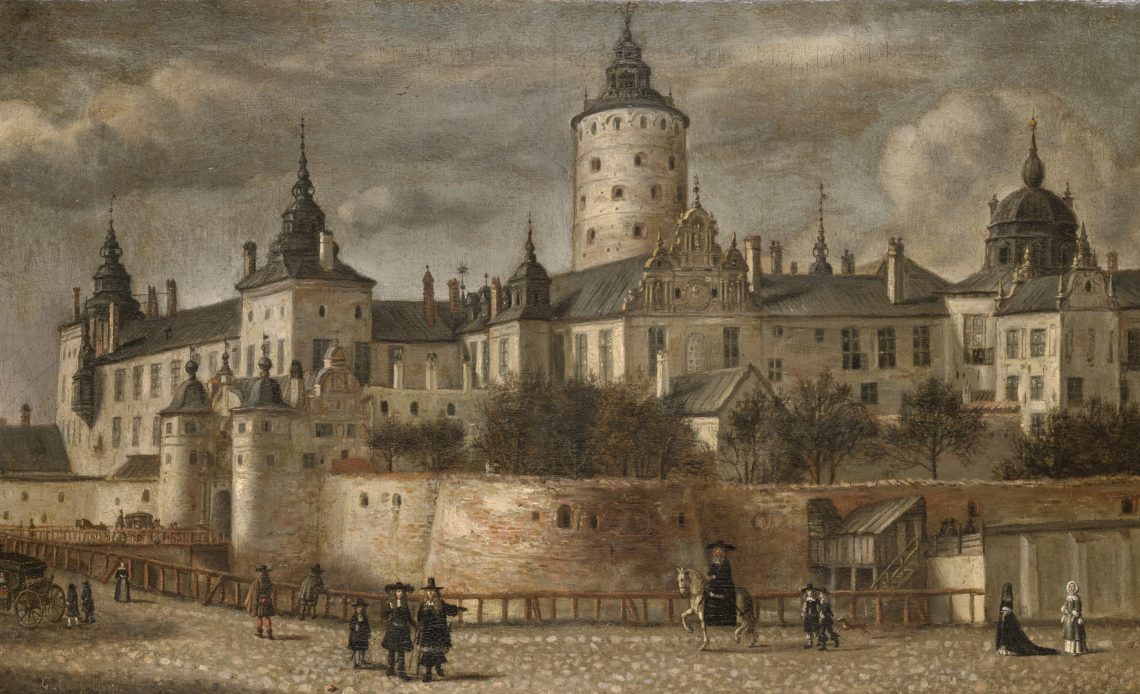 On May 7 1697, a fire broke out and destroyed much of the old royal palace in Stockholm. The castle Tre Kronor, or Three Crowns in English, is now only a footnote in history with the present royal palace of Stockholm built above the ruins of the old middle-aged castle that burned down over 320 years ago. But why exactly did the castle burn to ashes so mysteriously and suddenly?

Tre Kronor served as a fortress and royal residence. It was erected by Earl Birger in the middle of the 13th century. The name Tre Kronor was given to the old fortress by King Magnus VII in the mid-1300s. When King Gustav Vasa broke with the Kalmar Union in 1521 and Sweden became independent, the castle became the country’s most prestigious royal residence – role the castle proudly held had until it burned down.

On May 7 1697, the building started to burn. The fire started in the attic opposite the national hall in the southern part of the castle at two o’clock in the afternoon. It was a firefighter’s wife who first discovered the smoke and she alerted firefighter Anders Andersson to run up to the castle to check out what was going on. When he reached the attic, he discovered that it was burning, but he could not get to the fire extinguishing equipment to the building as the fire blocked the road.

The servants tried to save as much of the royal family’s possessions as possible, but the fire quickly spread to all parts of the castle. The castle was built of stone, but the roof of copper led the heat well to set fire to the beams of wood.

Hundreds of soldiers and ordinary citizens from Stockholm, as well as members of the royal family, helped in the effort to try to put out the fire. Their efforts were fruitless and after a few hours the castle erupted into a complete inferno and the work to save the buildings had to be abandoned. The Swedish royal family stayed for the rest of the evening to watch their homes burn down to ruins.

His Majesty King Karl XI had died on April 5, and his body was still inside the castle during the fire. When the royal family and court were forced to leave the castle, the remains of the king was carefully taken out of the palace and moved to a nearby church.

Large parts of Sweden’s old national archives and royal libraries were destroyed. Of the castle library’s 24,500 printed works and nearly 1,400 manuscripts, only 6,000 printed books and 300 manuscripts were saved.

Those responsible for the fire department at the castle that day were Anders Andersson and Mattias Hansson, together with their chief firefighter Sven Lindberg. Andersson had abbonden his post at the castle to do some small-jobs in Stockholm city and Hansson had abandoned his fire-guard-post to get something to eat.

Lindberg was found guilty of corruption as he had received money to hire Andersson and Hansson. Lindberg and Hansson were sentenced to death, while Andersson was sentenced to run the gauntlet five times. The death sentences were commuted by King Karl XII, and instead the men had to run the gauntlet seven times in addition to six years of hard labour at Carlsten’s Fortress.

Sven Lindberg, who was an elderly man, died from the serious injuries he sustained during the running of the gauntlet. This was a severe form of corporal punishment in which the guilty party is forced to run between two rows of soldiers, who strike out and attack him.

For long periods of time, people have wondered if the castle was set on fire intentionally. Many theories have emerged about people who they believed could be motivated and guilty of the act. The most likely cause of the fire is that the castle burned down due to a pipe fire in one of the pipes of the castle’s kitchen.

The Swedish royal family was moved to the Wrangelska palace where they lived for the next 50 years until 1754, while the new Stockholm castle was erected in the same place as burned down Tre Kronor.