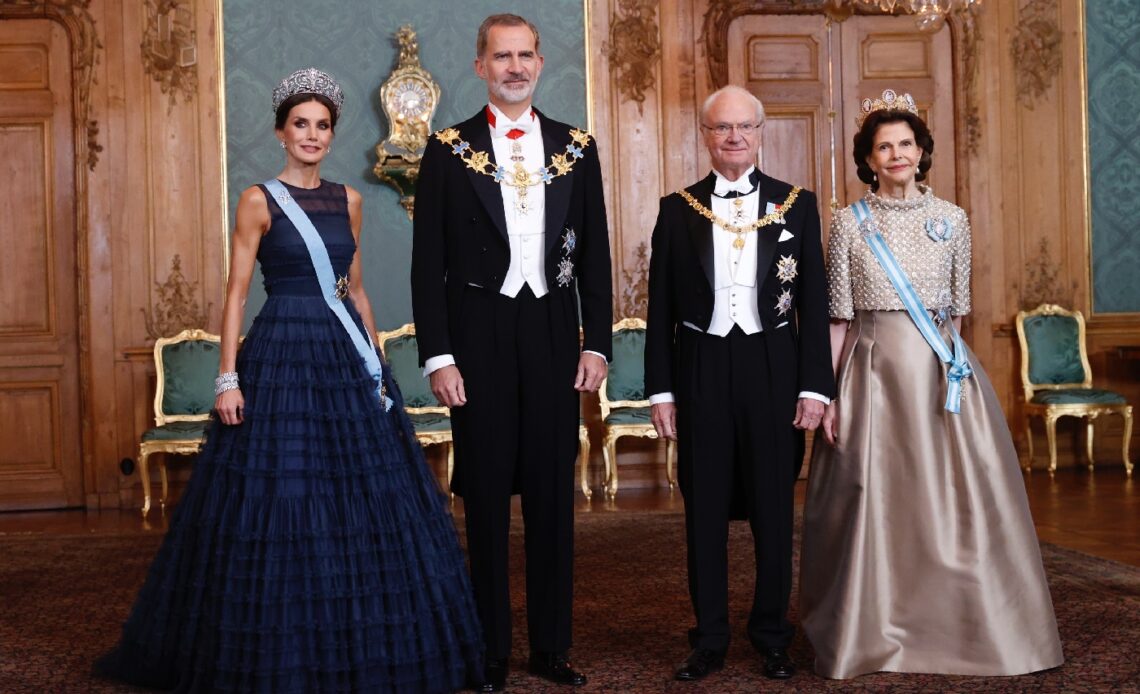 Queen Silvia donned a special tiara for the State Banquet in honour of the King and Queen of Spain at the Royal Palace in Stockholm.

Her Majesty wore the Cameo Tiara for the occasion – the same tiara she wore for her wedding to King Carl XVI Gustaf in 1976. This piece is made of yellow gold and features many pearls. There are seven cameos featuring scenes from Greco-Roman mythology decorating the diadem.

The tiara is part of a set that includes a bracelet, earrings and necklace. A brooch was later added to the collection. The Queen used the brooch to hold her new sash for the Spanish Grand Cross by the Order of Carl III. The other pieces from the parure were left in the vault.

Princess Sofia wore a white Safiyaa gown and her wedding tiara. She used the pearl setting for the evening as her tiara can be changed to have different stones at the top, including diamonds, emeralds, pearls and turquoise toppers. Sofia also wore an LWL Jewelry ring.

To learn more about Queen Letizia’s jewels for the evening, click here.