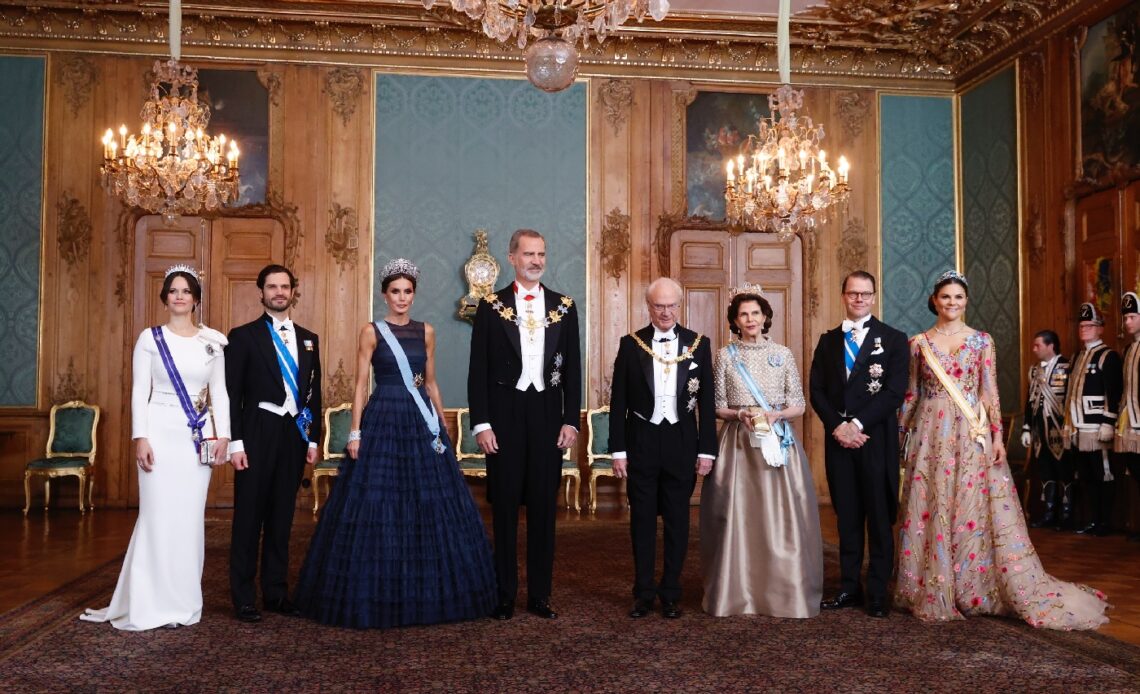 The first day of the Spanish State Visit to Sweden concluded with a sparkling State Banquet at the Royal Palace in Stockholm.

Due to the ongoing global health crisis, the State Banquet was held in a smaller format for safety reasons.

The royals greeted their guests ahead of the official dinner. The King of Sweden escorted Queen Letizia to the table while King Felipe guided Queen Silvia.

The King of Sweden addressed his guests, touching on the pandemic and the need for sustainable societies. He said that this “presents us with challenges, but also with opportunities for innovation and development. The close ties between our nations and people lay the foundations for cooperation and solidarity, and for solving problems – together.“

King Felipe also spoke, saying, “The Queen and I wholeheartedly hope that this trip will serve as an expression of the special friendship that brings even closer to our two countries, geographically distant, at the North and the South of Europe, but united by the same values ​​and permanent principles.

“Indeed, Spain and Sweden share the fundamental democratic principles and values ​​that lay at the foundation of today’s Europe. We are both proud of our institutions based on the rule of law and of our inclusive societies, where human rights are protected, and equal and fair opportunities are offered to all, notwithstanding social, economic or gender differences.”