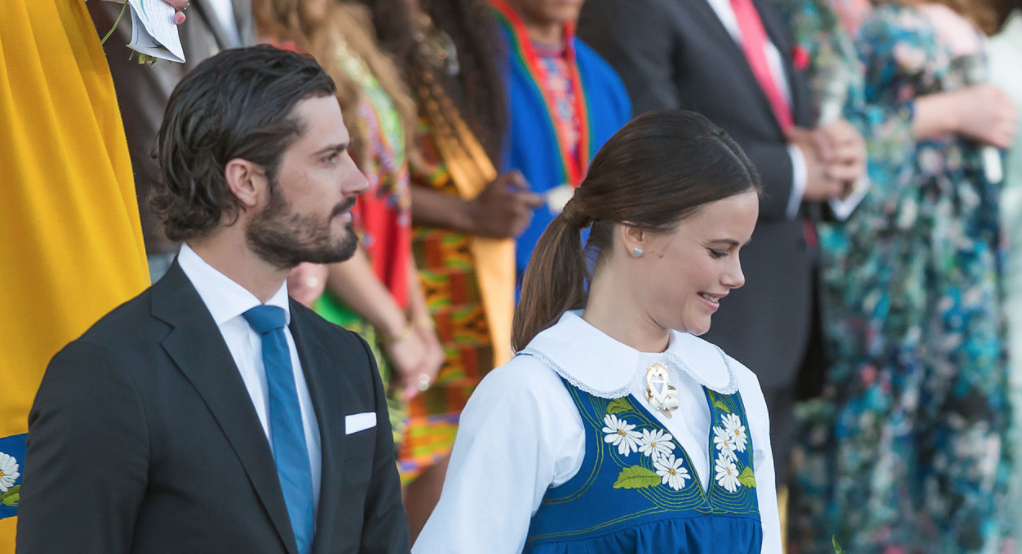 Prince Carl Philip and Princess Sofia of Sweden will be absent from this year’s National Day celebrations on 6 June. Only King Carl XVI Gustaf, Queen Silvia, Crown Princess Victoria and Prince Daniel will participate in the scaled-down celebrations.

The Royal Court released information regarding this year’s National Day on Friday, noting that it would be scaled-down due to the ongoing pandemic.

The King will digitally open the exhibit Daisy. Crown Princess Margaret 1882–1920 at the Royal Palace at 10 am on the Royal Family’s social media channels. The exhibit will be open at the palace from 6 June to 30 September. His Majesty will later deliver a speech to the Swedes with the Queen by his side from Logården in the Royal Palace. His remarks will be aired on SVT 2 at 20.00.

In the evening, Crown Princess Victoria and Prince Daniel will represent the King and Royal Family at the events at Skansen. The Crown Princess will hand out the flags this year on behalf of King Carl Gustaf. Celebrations begin at 20.00 and will be aired on SVT 2.

Following tradition, National Day will conclude with the Army Music Corps performing a tattoo from Logården. The King, Queen, Crown Princess, Prince Daniel, Prime Minister Stefan Löfven, and Speaker of the Riksdag, Andreas Norlén, will attend the ceremony that will be broadcast around 21.30. Like the other events, it will also be on SVT 2.

Princess Sofia gave birth to her and Prince Carl Philip’s third son, Prince Julian, in March and has been on maternity leave since, except for participating in a video call.

Princess Madeleine, who resides in Florida with her family, are also not scheduled to attend. Both she and her husband, Chris O’Neill, have been vaccinated against COVID-19, and the US allows them to travel without quarantining. However, they also have to follow any restrictions implemented in Sweden, and so, they are not yet expected to travel back to Europe.