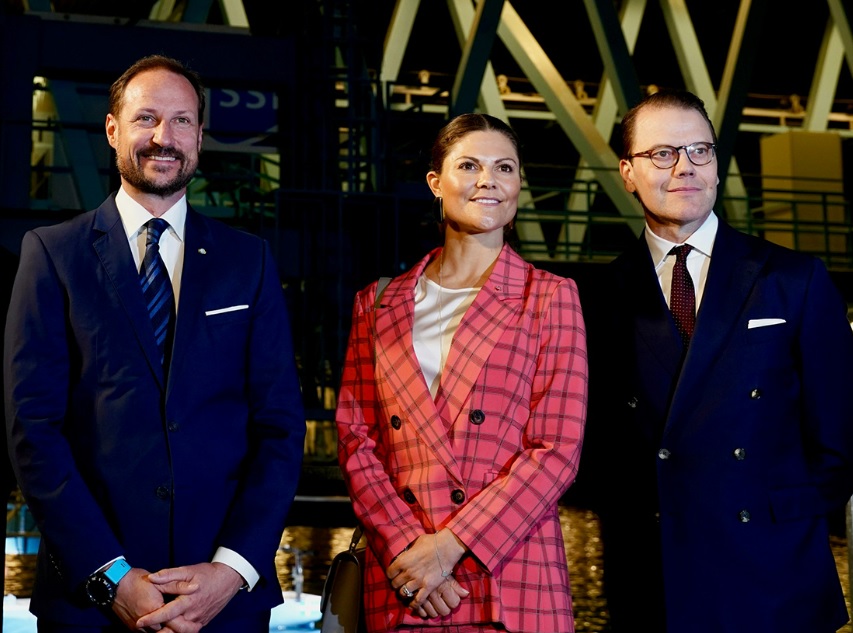 This week, the Nordic region has been dominated by the Norwegian Crown Prince Couple’s official visit to Sweden.

Crown Princess Victoria and Prince Daniel have been hosts, but Sweden’s King and Queen as well as Prince Carl Philip and Princess Sofia have also contributed during Crown Prince Haakon and Crown Princess Mette Marit’s trip to their neighbouring country.

After three days with a tight programme, the Norwegian visit to Sweden ended on Wednesday. Crown Princess Mette Marit was not present during the last day of the visit. It was Crown Prince Haakon who was accompanied by his Swedish colleagues on a journey between Sweden’s largest and second largest city, Stockholm and Gothenburg.

At Stockholm Central Station, the Swedish royal family has its own waiting room and its own platform. Crown Princess Victoria and Prince Daniel brought the Norwegian Crown Prince here. The trip to Gothenburg was to be as environmentally friendly as possible, so the royals took the train between the two cities. After waiting a short time in the royal waiting hall, the royals were able to begin the journey between the two cities, which by train takes a little over 3 hours.

The royals attended a business seminar on arrival in Gothenburg. The city is extremely important, economically, as it is Scandinavia’s largest port. The seminar also dealt with new and environmentally friendly solutions for the transport sector. Among other things, the royals saw a demonstration of various research projects on how ships can become more environmentally friendly.

During the seminar, Crown Prince Haakon gave a speech in which he said: “Sweden and Norway together have great opportunities. The significant business participation we have seen during the visit shows that both Swedes and Norwegians want even closer economic cooperation. For our common challenges, common solutions require green solutions. There is a lot of potential here”.

After an official lunch hosted by County Governor Lisbeth Schultze, the royal party left to take a closer look at “Skagerak”, which is Sweden’s new research vessel. Teaching is also a very important part of the business on the ship and the royals talked to several of the students. The visit ended with an official reception at “The House of Norway” in Gothenburg.