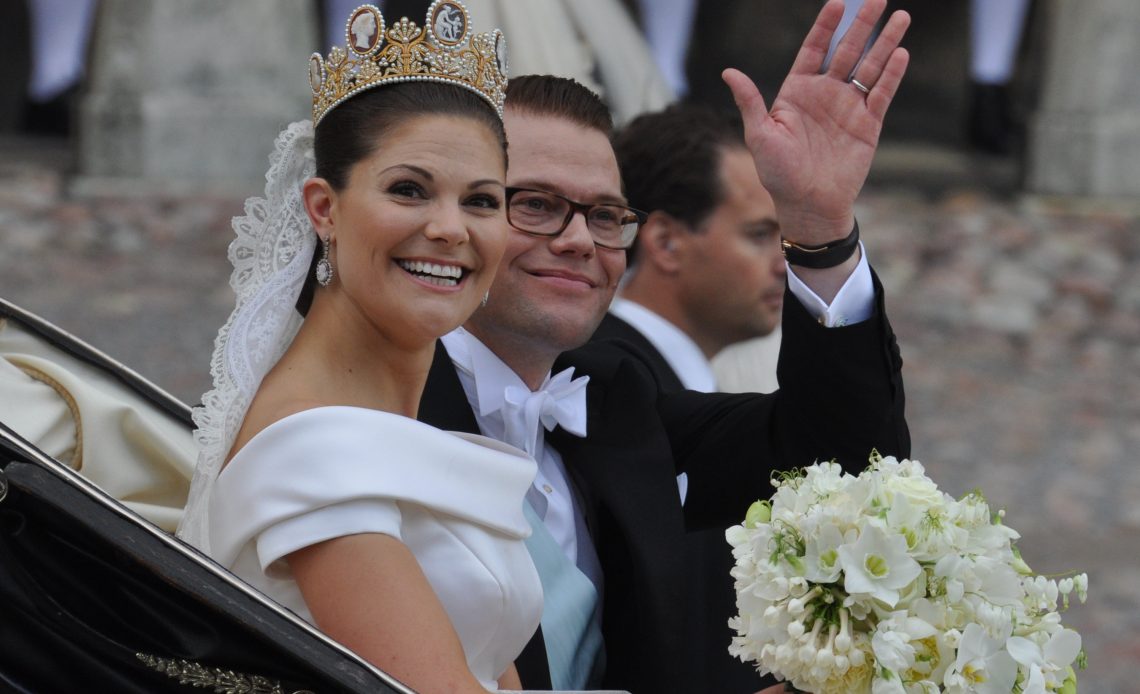 The Nobel Prize Ceremony is always a chance for Swedish Royal Family glamour, but since this year’s awards have been cancelled because of the pandemic, we’re instead looking back at some of the best tiara moments from each royal lady. Let’s take a look at some of Crown Princess Victoria’s best tiara moments!

At her wedding in 2010, Crown Princess Victoria carried on a royal tradition when she donned the Cameo Tiara, just like her mother, Queen Silvia did on her wedding day in 1976. The Cameo Tiara is one of the grandest in the Swedish Royal Family’s collection and can be traced back to Empress Joséphine.

At Princess Madeleine’s wedding in 2013, Crown Princess Victoria went for a sentimental tiara, choosing the Swedish Laurel Wreath Tiara, which she’d inherited from her recently-deceased aunt, Princess Lilian. The tiara was a part of Princess Lilian’s personal property, and she ensured that it was inherited by her niece, who she shared a close relationship with.

At Prince Carl Philp’s wedding in 2015, Crown Princess Victoria wore the Connaught Tiara, which features five loops of forget-me-nots with a diamond suspended in the centre of each. The tiara can be traced back to Princess Margreta and has been worn by many women of the Swedish Royal Family in the century since.

At the Nobel Prize Ceremony in 2011, while pregnant with Princess Estelle, Crown Princess Victoria wore the Six Button Tiara, a unique diamond tiara that traces its origins to Princess Lilian and is based on the elements of the crown worn at Swedish coronations.